Macau could shut down again if COVID-19 cases surge

Macau was dealt a serious blow because of the coronavirus pandemic, the type of hit that lingers well after you get back on your feet. At best, it could be argued that the gambling hub has only just now started to find its footing, but it still has a long way to go before it can catch its breath again. That may not happen, either, unless everyone takes their responsibilities seriously and ensures that health guidelines are being met. Short of that, Macau officials warn that the city’s casinos could be shut down once again. 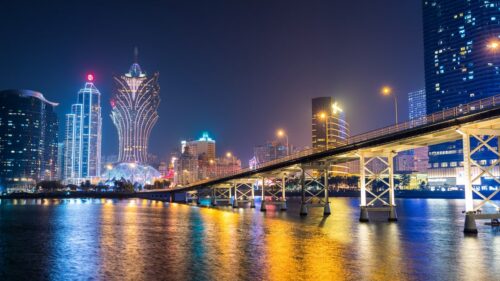 Anyone visiting a casino in Macau has to be able to prove that they’re negative for COVID-19 before stepping onto the gaming floor. That policy was established by the city’s health bureau and has received some backlash from the locals who argue that, since there are no active cases, the requirement is overbearing. What they fail to realize, however, is that the only way to ensure there are no active cases is by requiring the tests, since not everyone is willing to play by the rules.

It was just discovered that Chinese gamblers are turning to smugglers to enter Macau in order to bypass security and health checks. All it takes is for one of those individuals to be carrying the coronavirus for Macau to be set back another six months. If taking extra precautions in view of the global pandemic is difficult for some, then the best option is just to stay locked up at home until either a legitimate vaccine is found or until COVID-19 runs its course.

The Health Bureau asserted yesterday, “The gaming industry is the most important industry in Macau. Generally, people stay on casino floors for a longer time than other places, so that the risk of spreading the virus would be higher than in other places. Many infected people do not show obvious symptoms. It is hard to guarantee that Macau does not have any hidden patients at this moment. We have the conditions to keep a close eye on the preventive works of casinos.”

The Guangdong province, which provides the bulk of Macau’s Chinese traffic, has lifted border restrictions, allowing anyone from mainland China access to all of the region’s cities. This also means that there’s an increased risk of the virus finding new breeding grounds, which could further hurt Macau’s recovery efforts. Given that Guangdong provides 30% of mass market traffic to Macau, as well as 15% of its VIP gross gaming revenue (GGR), strict diligence is now more important than ever.

That mass market segment is key to Macau’s recovery, according to analysts with financial research firm Bernstein. They point out that, almost a decade ago, mass market gaming was worth 27% of Macau’s annual GGR; however, that figure has grown significantly, and mass market is now stronger than VIP gaming. Remove either segment and Macau is in for a very dismal future; remove both, and it’s game over. Given that Bernstein already predicts the city will need another three years to recover, it can’t afford any setbacks.