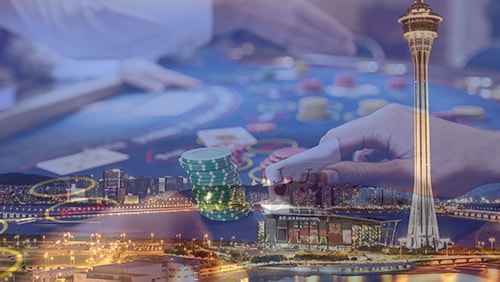 Even before COVID-19 was mentioned for the first time, Macau had planned on looking beyond the gambling space to become a more well-rounded tourism destination. The blow received by the coronavirus, which has crippled the city’s gambling industry, served as a perfect example of why the diversification was needed. Granted, any type of tourism would suffer because of restrictions that are still in place, but providing a more family-friendly atmosphere would open new doors for revenue that were previously nonexistent. More emphasis on altering the city’s tourism efforts will certainly be seen moving forward and a concept for Macau’s urban development shows some of what is to come, with certain areas of the city being designated entirely gaming-free.

Macau’s Master Plan for urban development has now gone through one of the initial design phases. The latest draft was released yesterday by the Land, Public Works and Transport Bureau (DSSOPT) and its director, Chan Pou Ha, and there’s a lot of positivity about what could be coming down the pipe. The idea is to keep casinos where they are now, in Cotai and the New Outer Harbour Area (NAPE, for its Portuguese acronym), while establishing new urban tourism zones that would not be open to casinos or other gambling activity.

Referring to what they call urban area zones C and D, Macau officials point to the northern region of Taipa, which could become an urban waterfront masterpiece designed to attract tourism and businesses. A new tourism and leisure route specializing in different forms of entertainment could also be integrated, and would be located around Nam Van and Barra in urban area B. In addition, the area closest to the Hong Kong-Zhuhai-Macau Bridge could become the go-to spot for conferences and exhibitions, capitalizing on the area’s proximity to the bridge and its link to the three significant hubs.

This Master Plan is just a concept, but one that has a lot of potential to see Macau morph into something completely different. The public now has a chance to weigh in on what it thinks of the project, and can offer input until November 2. After that, the project and the input will be reviewed, and it will most likely be a year before anything else materializes.

In presenting the project, Chan explained that the DSSOPT will now have “60 days of public consultation, which will follow a period of 180 days for the company responsible for the consultation to elaborate [on] their preliminary report. Then this report will be submitted to the Urban Planning Council [CPU], which will have to analyze it and also provide comments. In the final stage, the consultant will have 90 days more to finalize the report with input from CPU, presenting a final version that will then be delivered to the Chief Executive.”

Which footballer has the most appearances of all time?
17 mins ago