Macau GGR up, but there’s still work to be done 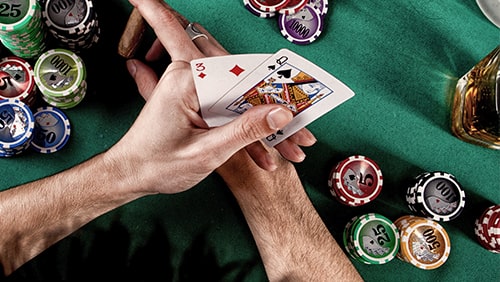 Golden Week, the annual Chinese holiday period, wasn’t expected to give Macau’s casinos a meteoric boost, but there was still hope that the numbers would be strong enough to ease the sting felt by the COVID-19 pandemic. While traffic into the city has remained low compared to last year, there has been a little bit of good news. The gross gaming revenue (GGR) reported by casinos since the beginning of the month remains much lower than it was in 2019, but, compared to last month, the revenue is more than double.

According to a report released by Sanford C. Bernstein brokerage analysts Vitaly Umansky, Tianjiao Yu and Kelsey Zhu this past Monday, Macau GGR jumped as October began. Across the first 11 days of the month, compared to what was reported in September, casinos took in 221% more in terms of the month-to-date average daily rate. That figure came in at $30 million for the period compared to the $9.2 million reported last month.

However, as huge of an increase as it may seem, it is still 72% less than it was a year earlier, which means Macau still has a lot of work to do to make a full recovery. Golden Week was a disappointment all the way around, with visitor arrivals losing 86% of the volume from last year, even though this year’s period included an extra day. Still, looking on the bright side, the average daily traffic reached 17,020 on October 8, substantially higher than the 5,000 that was averaged this past August.

China has started to relax the visa rules for travel to Macau, but there are still some restrictions in place that are keeping visitors away. Not until these restrictions are removed, and traveler confidence picks up, will Macau be able to see an improvement. Until then, visiting the city from mainland China is a chore that requires a COVID-19 test administered no more than seven days before the trip.

That makes impromptu travel impossible, and Hong Kong gamblers have it worse. They must quarantine for two weeks before making their trip, and have to have a COVID-19 test certificate showing a negative result, with the test having been administered no more than 24 hours ahead of the trip. Hong Kong regularly gives Macau between 10-15% of its gambling revenue, with the exception of the current coronavirus situation.

Things aren’t going to change soon, either, according to the Bernstein analysts. They assert, “We do not expect Hong Kong travel restrictions to be lifted in the near term, until Hong Kong cases are brought back down to an insignificant level and show stability, at which point Hong Kong would be added to the China/Macau travel bubble.” Hong Kong is seeing new infections every day, with around ten new cases reported daily.

Dodgers vs Rays Odds, Lines, and Picks for World Series Game 5
26 mins ago