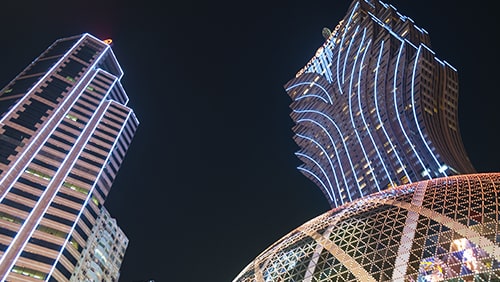 Macau’s casinos expect to have their operating licenses renewed in less than two years, with all six concessions expiring in 2022. While no one anticipates the existing license holders to be denied a new concession, Macau’s government has remained extremely tight-lipped on how the renewal process will work, and some industry experts think that a delay might be needed before any new agreements are finalized. Now, a legislative committee has come forward to ask the government to start communicating more on the subject of the concessions and wants city leaders to hold regular discussions on the subject.

The Monitoring Commission for Land Issues and Public Concessions (MCLIPC) is part of Macau’s Legislative Assembly (AL), and it got together this past weekend to discuss a number of issues, including how the final session of the current AL’s term should be managed. Members of the commission also gave some attention to the topic of casino concession renewals, with the group’s president, Lei Cheng I, telling the media after the meeting was adjourned that the MCLIPC wants the government to explain its stance on gaming law amendments that are expected to be released sometime next year. He asserted, “The gaming industry is the most vital source of our economy and relates to a large number of employees. The influence and impact [are] great and wide. The current gaming concessions will end by 2022, so we want to know the planning for the amendment of gaming licenses.”

Macau’s government doesn’t foresee the need for postponing the relicensing of casinos in 2022, despite no guidance being given on how the gambling industry in the city is going to change with the amendments to existing gambling laws. Time is quickly running out, however, with the current AL term coming to a close next September. Failure to approve the amendments prior to the end of the term by then could automatically result in a delay in the concession process. Any bills that don’t find a resolution – positive or negative – during a given legislative term are dismissed and can only be considered in the following term if they are submitted as new items.

Without clarification on what changes might be coming, giving casino operators only a year or so to review any approved amendments doesn’t offer them a lot of time. All that would be necessary is for there to be a legal objection filed, and the concession process could be forced to be postponed by default. A lot is riding on Macau’s future through its gaming industry and, even though the city is going to seek diversification in its tourism options, it will still need to count on the support of the gaming industry to provide a foundation for future growth.

Best bets from Tampa Bay Downs on Wednesday
1 hour ago