Macau looks to ease visitation rules, but testing will remain 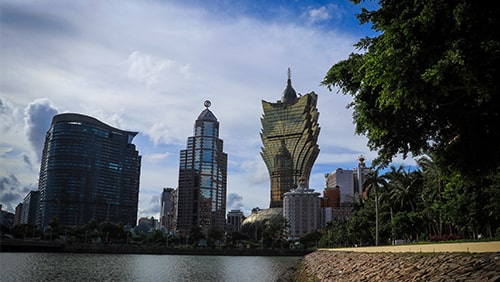 Macau wants to get back on its feet as soon as possible after having lost huge amounts of revenue while its casinos were shut down due to COVID-19. However, the city isn’t willing to put itself in a position that could cause a relapse just to attract a few more dollars sooner. If things continue the way they have been recently, though, there’s a good chance that some of the travel restrictions for arrival into Macau could be relaxed, but testing protocols will most likely stay intact until government and health officials are confident that the coronavirus is no longer a major threat.

Daily visitation to Macau has continued to increase and has reached 36,900. That figure is still only a small fraction of what was seen prior to COVID-19, but it’s a step in the right direction. Beginning this Thursday, Macau will host its annual Golden Week holiday and, depending on how that goes, the city is ready to make changes that would allow greater visitation. The medical director for Macau’s Conde de São Januário Hospital, Alvis Lo Iek Long, said in a statement yesterday, “It is expected that a great number of mainland visitors will arrive in Macau during the Golden Week holiday. If the situation in Macau does not show obvious changes, we will review all the current preventive measures and consider easing some of them under certain conditions.”

Visitation from mainland China has already made headway over the past month. In late August, residents of the Guangdong Province, a major feeder for Macau, were allowed to request entry through the Individual Visa Scheme in China. That program was expanded to all of mainland China a few days ago, and more leeway could be given soon.

In the meantime, though, remaining abundantly cautious is the best course of action. Now is not the time to start to become complacent, and Macau plans on tightening its controls on COVID-19 testing. Ahead of Golden Week, it will increase the number of tests conducted each day and will keep the reins pulled taut on entries coming from Hong Kong. Lo asserted yesterday that the city is “not relaxing the issuance validity period of the virus test for Hong Kong travelers,” even though the latter has seen its COVID-19 numbers level off. Part of this is because of the appearance of cases of “unknown origin” that could be linked to an “invisible transmission chain.” Until these cases are better understood, Macau isn’t taking any chances.

Sakkari vs Azarenka & Sabalenka vs Brady
5 mins ago