Made in HimmerLand 2021 Betting Tips and Preview

It may not quite have the profile of last week’s USPGA Championship (reviewed here) but the Made In Himmerland does have something in common with last week’s major given the tournament was also moved from August to May in the schedule back in 2019. There was no renewal last year because of the pandemic so this is the first edition in two years.

Previously called the Made in Denmark, The Made in Himmerland was played at Thomas Bjorn’s home course of Silkeborg Ry Golfklub in 2018, but that looks like a one-off now, as once again, as was the case in 2019, we’re returning to the Backtee New Course at the Himmerland Golf and Spa Resort for the seventh edition of the tournament.

In addition to the five of the first six editions of this event, Himmerland Golf and Spa hosted the 1995 Himmerland Open which was won by Denmark’s most famous golfer, Thomas Bjorn. It also hosted three Challenge Tour events in the 1990s and the 2018 edition of the Made in Denmark Challenge on the Challenge Tour – won convincingly by J.B Hansen by five strokes. 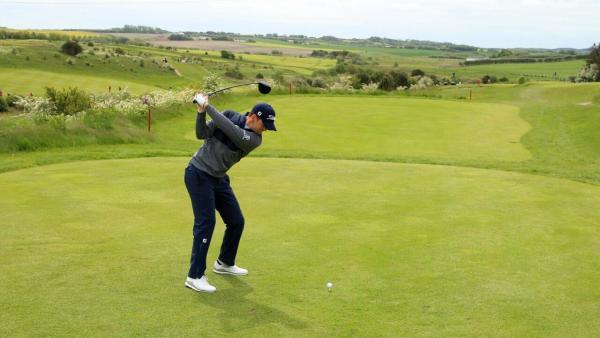 The old par four eighth hole is no longer in use and was been replaced by a brand-new hole which was played as the first, resulting in holes one to seven in 2017 now being played as holes two to eight.

The course is very exposed (especially holes 11-15) and undulating, even the bentgrass greens, which were set to run at 10.6 on the stimpmeter last time.

With its two-tier green, the par three 16th signature hole is a natural amphitheatre for up to 3,500 spectators. It became the shortest hole in European Tour history six years ago when it was set up at just 79 yards in round four.

Live on Sky Sports all four days, starting at 12:00 on Thursday.

What Will it Take to Win the Made in Himmerland?

We only have five editions here to evaluate and frustratingly, no stats were issued for the winner here four years ago, Julian Suri, but an examination of what stats we do have for those five renewals suggest it’s going to be all about putting and scrambling this week.

The first two home in the inaugural staging in 2014 had PA rankings of third and first for the week and the first and second in 2016 – Thomas Pieters and Bradley Dredge – ranked second and first for PA so putting looks to be the most important aspect of the game to consider. And just to endorse that further, nobody putted better than Terry Pilkadaris, who finished tied for second in 2015 and the winner, David Horsey, ranked 10th.

Having putted brilliantly, and having ranked as highly as eighth for Greens In Regulation, Wiesberger was able to win with a Scambling ranking of 52nd but that looks a key stat. The number one scrambler for the week has finished inside the top-six places in each of the five years the event’s been played here.

As Matt Cooper highlights in his each-way piece, there’s a correlation with this event and the Austrian Open at the Diamond Country Club, with as many as three players – Mikael Lundberg, Bernd Wiesberger, and Marc Warren – winning at both venues. 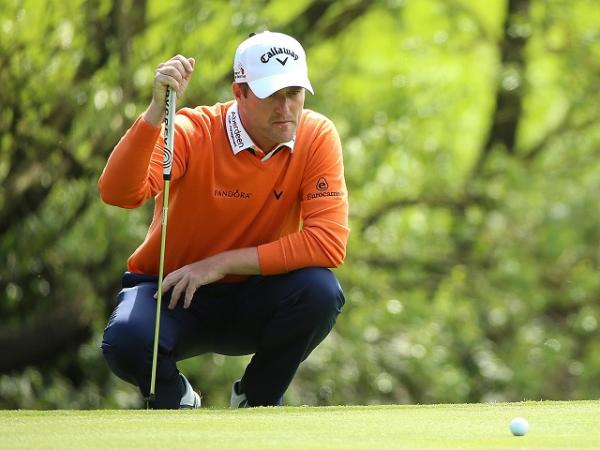 Jose Manuel Lara, who won the first edition of the Austrian Open at the DCC in 2010, finished fourth in the Navision Open on the Challenge Tour here in 1998.

Denmark’s climate isn’t too dissimilar to that endured year after year by the Brits so it’s perhaps not surprising that someone from the British Isles has finished first or second in each of the first six editions.

Eventual winner, Marc Warren, trailed Bradley Dredge by fully seven strokes at the halfway stage in the inaugural event in 2014 but they were level after round three. The Welshman had led by four after two rounds and having such a big lead probably wasn’t ideal given he hadn’t been in-contention for a very long time.

In spite of the nature of Warren’s win, I made a note at the time that I thought the course would suit frontrunners after that first edition and that’s been the case ever since.

David Horsey won wire-to-wire in 2015, despite a two-over-par 73 in round four, Thomas Pieters was never outside the front three places at any stage in 2016, and the first five home were all inside the top-seven places at halfway. Although he was only tied for 17th after the opening round, Suri never trailed by more than three strokes all week long and Wiesberger was two off the lead after round one, three back at halfway and in front after three rounds. All five European Tour course winners have sat first or second with a round to go.

Hansen led after day one on the Challenge Tour in 2018 and he was three clear with a round to go after bouncing back following a poor second round.

As already mentioned, the par four finishing hole is tricky so if you’re betting in-running on Sunday, bear that in mind. Anyone in the clubhouse will have an advantage over anyone still to play the 18th. David Horsey was just a shot behind Suri through 71 holes in 2017 but he was beaten by four after making a triple-bogey seven there.

The draw for the first two rounds may prove vital so keep an eye on the forecasts. There was a disparity of almost two strokes in 2016 and 2.98 strokes in 2017. Those drawn PM-AM enjoyed the advantage five years ago but it was the other way around in 2017.

At the time of writing, a PM-AM draw looks best, with those starting very early on Friday enjoying the best of the conditions.

As highlighted in the Charles Schwab Challenge preview, I expect playing in last week’s USPGA Championship to have left a mark on many so that’s a possible negative to the first two in the betting, Robert McIntyre, and the defending champ, Wiesberger.

McIntyre’s price seems ludicrously low given he’s still yet to win an ordinary stroke-play event and Wiesberger’s hard to fancy given he hasn’t finished inside the top-30 in his last nine starts.

Mathias Schwab is in great form and he was ninth here on debut two years ago but he’s yet to win and he appears to be getting worse in-contention instead of improving.

I’ve got a couple of outsiders I like but I’ll save them for the Find Me a 100 Winner so my only selection so far is the British Masters runner-up, Guido Migliozzi, who’s just too big to ignore at 48.047/1.

He was only 33rd on debut here in 2018 but he signed off with an impressive enough final round 67 and he could very easily have been in search of his third win in eight starts having been an unlucky loser in Qatar in March and at the Belfry two weeks ago. He needs a good week with the putter but he’s a decent scrambler and he appears to have been assigned a tee-time on the best side of the draw.

888 Could Win Big if it Acquires William Hill Assets, Says Analyst
1 hour ago