Magpies can steal at least a point

A good weekend to make history for Saints

Talk about playing for something here. If they were to win this, they’d go top of the Premier League for the first time in their history. They did manage to top the table in 1988 but that was of course before the Premier League era.

It’s hard to believe they could go top but seven games is a big enough sample to start separating the wheat from the chaff.

Last week it was a brilliant performance from James Ward-Prowse that was the difference as they bossed Villa away from home to go 4-0 up, before a late rally from the Villans closed the gap and it eventually ended 4-3.

For the first time in a while they have plenty of goalscorers on the pitch. It tells its own story that of their last nine PL goals, only two were scored by Danny Ings. Ings misses out with injury here.

Trio of Magpies have impressed

Newcastle have had a pretty decent start to the season, too. They’re 11th and are no strangers to scoring plenty of goals themselves.

So much so that they’ve scored in nine of their 10 games in all competitions so far this season.

That included two in a fine win against Everton. Yes, the Toffees were missing four players who normally start but it was a good display nonetheless.

Callum Wilson is showing everyone else what they’re missing out on by letting him go to Newcastle in the summer. The former Bournemouth man has scored six goals in eight Premier League appearances and is looking a bargain at £20 million.

Allan Saint-Maximin and keeper Karl Darlow are among the other players to have started the season well.

If the Saints are to win this, they’re going to do something they’ve never done before: win a Premier League game on a Friday. Played three, lost three. That included that famous 9-0 defeat at Leicester.

That of course is just a quirky stat but if like me, you think the 1.981/1 is too short on the hosts, then it’s another crumb of comfort.

My reasoning is probably a bit more straightforward. I’m not sure the Saints deserve to be odds-on against a side with a few weapons of their own in Newcastle. And especially one who has been good on the road, avoiding defeat in their last three on their travels.

With the last four between the two at St Mary’s producing two draw and a win a piece I just can’t see how that odds-on quote can be justified. Especially with star man Ings out injured.

Just because I don’t fancy the Saints for the win doesn’t mean they can’t get a goal. Ward-Prowse has three in his last two and though the stats suggest he’s not exactly prolific- his best-ever effort was seven in a season- it may just be worth striking while the iron is hot. That’s especially the case with him probably on penalties now that Ings isn’t playing. 4/1 is just about value. 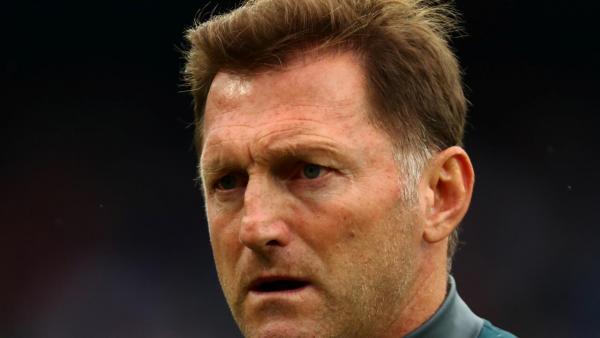 Nathan Redmond (7/2) and Che Adams (21/10) are others looking to step up in the absence of the former Liverpool man.

For Newcastle it’s 9/5 that Wilson scores but at 9/2 you can back Allan Saint-Maximin. Again, not prolific as a return of one goal in seven games shows but he’s certainly talented enough and does appear in danger areas.

An interesting market to look at is who can provide an assist in the game. That man Ward-Prowse, fresh from one last week, is 7/2 for another.

But what about the 13/2 that Che Adams gets one? He has three in eight games, which somewhat makes a mockery of the price, so he might be worth considering.

Callum Wilson has two for the season and is 9/1 to make it three, which also looks pretty big.

New markets for Playtech and Golden Matrix
2 mins ago