Malan the marvel not to be missed

Another T20 series, another opportunity for rumours to swirl about whether England are going to remove Jos Buttler as opener and use him in the finisher role.

Despite five fifties in 11 innings for England as opener with a strike rate of 157.7 there are data sets which suggest Buttler could do more damage lower down. The argument that why England would need to worry about damage lower down if Buttler has already done it further up is considered irrelevant.

Talk of the switch has returned because Buttler started the IPL opening for Rajasthan, only to move to a finisher role. Buttler insists that it was his idea because the Royals were weak in that area.

Freddie Wilde, the CricViz analyst and contributor to Cricket…Only Bettor, was assisting the Royals during the tournament and he certainly would not have been against the move. Wilde is a long-term advocate for Buttler being used as a finisher for England.

What this does is erode confidence in a Buttler bet for top England series runscorer. In a short series, that chance to bat for the majority of overs and in the first powerplay could make all the difference. But the 23/10 that Sportsbook offer who a player who could ‘experiment’ at No 5 or 6 if England are 2-0 up doesn’t inspire.

Another England pre-series trend in this format is the need to remind everyone what a sensational player Dawid Malan is. It appears he has finally seen off Joe Root’s international career but he is a player that some in the analyst community have a tendency to diminish, largely because he doesn’t score his runs fast enough at the start of an innings for a No 3.

Arguments about Buttler aside, the maligning of Malan is a step too far. It is data eating itself. If a player consistently scores runs, big runs at that, and at big strike rates then he plays. Malan has one century and seven fifties in 16 innings for England at a strike rate of 146. He averages 48. He has a top bat win rate of nearly 50%.

It is a phenomenal record. True, non-betting folks will argue that last stat is irrelevant. But is it? He is England’s most reliable T20 run-getter. Hands down. He is 4/1 for top England series runscorer and is a bet at 4/1 in game one on Friday for honours.

On paper, this series looks as though it should be a good contest between bat and ball. The numbers says otherwise.

Despite South Africa boasting potent wicket-takers like Lungi Ngidi, Anrich Nortje and Kagiso Rabada and England relying on Jofra Archer, hot off the back of another stellar franchise tournament, knocking folks’ poles’ over doesn’t mean runs are not leaked.

How to bet then? Well, it would be wise to expect runs to be scored at a hefty rate. This is not a well-kept secret because of the glut of runs the two gorged on when they met earlier this year. South Africa failed to defend 222 in the final match of the three-game series England held on by two after posting 207 in the second and the hosts posted 177 in the first game which they won by one run.

We expect more of the same. So we would be happy to be betting England at the break as outsiders if they were chasing between the lines of 180-220. It may also pay to get with them for big runs if batting first. Small bits can win big bits at chunky prices for 200 or more, 210, 220 etcetera on the innings runs lines. 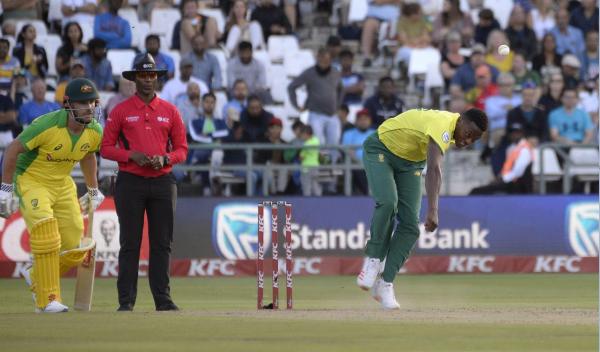 On the subject of Rabada (pictured), he is South Africa’s attack leader and considered their best and most important bowler. But is he the man to follow for top South Africa series wicket-taker honours at 7/4 with Sportsbook?

Many will argue that because he strolled to the Purple Cap in the IPL, beating the likes of Jasprit Bumrah and Archer with 30 wickets in 17 matches., then he should have little trouble winning for his country. But what may escape the attention is the performance of Ngidi, who took nine wickets in four games for Chennai. Instead of wondering why Chennai criminally underused the pacer, consider that Ngidi has consistently been a more reliable wicket-taker in this format.

Ngidi has a career strike rate of a wicket every 10.7 balls in domestic T20 and 14.1 for South Africa. Rabada’s numbers are 15.7 and 17.6 respectively. On two-year form internationally, that equates to a 40% win rate on individual top wicket-taker markets for Ngidi compared to Rabada’s 12.5%.

In time we expect Ngidi to overtake Rabada as their superstar bowler. So the 7/2 that he tops South Africa’s series wickets list and the same price for him topping in game one on Friday are wagers which make a lot of sense.