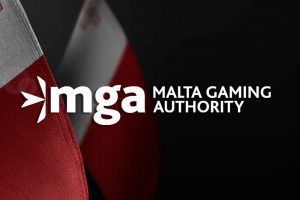 The Malta Gaming Authority’s former legal counsel was found to have helped businessman Yorgen Fenech draft a letter to the regulator’s boss at the time. The draft listed out reasons why Fenech’s Portomaso Casino license should be extended.

In September 2015, Edwina Licari, the MGA’s then legal counsel sent a draft to Fenech via a private email account that laid out why Portomaso Casino should have its license renewed by the regulatory agency tasked with overseeing Malta’s gambling industry.

As reported by the Times of Malta, Licari’s email read “Attached please find redraft as per discussion for you to consider.”

The draft letter was prepared with the full knowledge of Joseph Cuschieri, the regulator’s CEO at the time, as he was CC’ed in the exchange between Licari and Fenech. MGA’s legal counsel then sent a separate email to the businessman, informing him that “We will reply with letter of intent, hope it suffices :).” Cuschieri was not included in that second email.

The draft was written in relation to Fenech’s effort to have his license for the operation of Portomaso Casino extended. He owned and ran the property through his company Tumas Gaming Ltd., a fully owned subsidiary of Tumas Group, one of the businessman’s many ventures.

A replica of Licari’s draft letter was signed by Fenech and officially sent by Tumas Gaming to Cushieri. The MGA boss sent an official reply a week later, in which he “applauded” the gambling firm’s investment initiatives included in its letter.

In the official correspondence, Cuschieri told Fenech that the Maltese regulator would renew the casino license after it expires in August 2016, subject to continued regulatory compliance.

It argued in its motion that Tumas Gaming had its concession to run the same casino extended illegally as no competitive process via a public call from the Maltese government had taken place. Dragonara Gaming further noted that it had flagged its suspicions to MGA’s boss that the regulator had planned to renew the license without a public call for bids two months before said license was renewed.

Interestingly enough, Dragonara Gaming itself attracted the ire of fellow Maltese operators in 2019 when it had its right to operate Dragonara Casino extended by 64 years. Rival gambling companies claimed the concession was extended without a proper bidding process.

Asked about the questionable exchange between top MGA officials and Fenech, Cuschieri denied any collusive behavior and said that the letter he sent to the businessman did not intend to confirm the license renewal. The former MGA boss further explained that it was a letter of comfort that Tumas Gaming had requested as it had planned to pour significant investment into the casino property.

Of the draft letter, Cuschieri said that “Dr. Licari as general counsel to the MGA simply suggested changes to the draft letter of comfort sent by Mr Fenech following his request for guidance and preliminary discussions to ensure that the wording was faithfully reflecting the legal requirements and conditions set out in the respective legal provisions.”

The MGA’s former CEO also pointed out that the letter of comfort did not represent a promise that the license would be extended and that Licari had no power or competence in all matters relating to licenses issued by the MGA and their extension.

Asked by the Times of Malta, Licari could not explain why she had used a private email account rather than her official MGA one and if it was a conventional procedure to draft letters and give assurances to licensees.

Both Cuschieri and Licari landed in hot water in 2020 after local media revealed they had been treated to a paid trip with Fenech to Las Vegas in the spring of 2018. The two former MGA officials supposedly advised the businessman on matters related to gambling regulation.

At the time, Cuschieri had just quit the MGA to step in as CEO of the Malta Financial Services Authority, a role he resigned from last fall when reports about the Vegas trip emerged.

Fenech is accused of having masterminded the murder of Malta’s top investigative journalist Daphne Caruana Galizia. The case threw Malta into a political chaos and raised some very serious questions about the nation’s respect for the rule of the law and the state of its judicial system.

Earlier this month, Maltese media outlets reported that Heathcliff Farrugia, the man who replaced Cuschieri at the MGA’s helm in 2018, faced trading in influence charges after an investigation by police discovered he had links with Fenech.

Farrugia is accused of conspiring with the businessman to hide the findings of a money laundering probe into Tumas Gaming’s activities conducted by the MGA and Malta’s Financial Intelligence Analysis Unit. The investigation had uncovered multiple breaches of AML codes.