The performances of Manchester United players last night weren’t what they should be, it was very bad. I never really know what to say about these performances, because there’s no explanation. One week, 5-0 Leipzig, brilliant, next week, this. It makes no sense. It’s why last week I said we shouldn’t get ahead of ourselves, and why consistency is so important. The first goal especially, I can’t even describe how bad that was. Demba Ba isn’t Usain Bolt, and they still couldn’t catch him.

It was awful to watch.

Simple things like positioning, and knowing who is back and who is not, players should know this. I’ve seen more than once now these guys not covering each other, simple things.

They aren’t one-off events, and they’ve made an impression on me. It was staggering to see how they left Demba Ba alone in that position, and the quality United have, it’s terrible that they did it. I don’t know who played the pass to Ba, but he never had an easier pass, or Ba an easier goal, in their lives. It was a mistake you’d see in a kids game. I could use stronger words to describe how bad this is, but everyone already knows this.

Things may have to change

If there’s truth to the Mauricio Pochettino rumours, it’s hard to blame United really. When the team plays bad, the buck stops with the boss, and this has always been true.

I saw him recently as a guest commentator, and he said he is ready to work again, so it’s hard to stop those rumours. The one thing that won’t change, however, are the players. A new boss won’t change how they play. Yes, when you have a new manager you can see a bounce, but overall the attitude remains the same. No aggression, no passion, no holding each other to account.

The players need to change their attitude as much as the manager needs to be changed. Many will say now is the time to make the change, others will say not yet, but watching this team now you probably would say there is something wrong. I’ve always been an admirer of Ole and a supporter of his, but if he continues like this then a change is inevitable. I still say United need a defender before they need a manager, a defender that is tactically aware.

Everton on Saturday now is a huge game for United, and I think if they lose this, it’s probably the point where they look for a new manager. They are 15th in the table, could be lower depending on other results if they lose Saturday, and that isn’t acceptable for a club like United. It’s must win for United and Ole Gunnar Solskjaer. 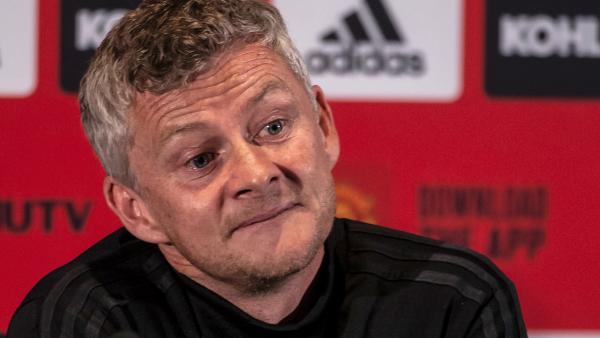 The crazy thing is that tactically he is a fine manager. I saw his first 100 games record recently, and the numbers aren’t that bad. However, it isn’t the 1980s anymore. Managers don’t get four years like Fergie did to win a trophy and improve the team, success must come quicker.

Tottenham play Ludogorets on Thursday night, and they are a fine team, with good players for the standard of their league.

They’ll look to surprise Spurs and play good football, because they have the players to do it. Spurs will need to be on their guard or they will be in for a nasty shock. I was definitely going to go to the game, say hi to the team, but with the current situation it just isn’t possible. I’ll be torn watching the game, as I obviously have a great history with Spurs, but I am a true Bulgarian also and like to see our teams doing well. Just on Spurs, I’ve been impressed with Gareth Bale.

The goal he scored will fill him with confidence, and now he’s in a position to go and produce those amazing performances we know he is capable of. I’d like him to stay fit, and Jose Mourinho has alluded to this too. If he manages this, he can be so helpful to this team. His goal at Brighton wasn’t a typical Bale goal, it was more of a center forward’s goal. He has updated a game a bit as he’s gotten older.

He looks genuinely happy playing for Spurs, and you cannot blame him for this. He’s playing, he’s wanted, he’s loved- as a footballer, you can’t ask for more than this. It’s massive for a player to know that he’s wanted. Footballers are human too, and things like this matter. Reguillon looks a wonderful addition also, and it’s easy to say now that it’s surprising that Madrid let him go. However, football can be like this- even good players cannot just click in a club, and it’s best for everyone if they move on.

Hard to see past the semi-final favourites
23 mins ago