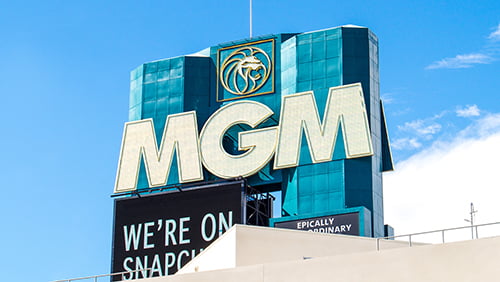 Online gaming of all types, from eSports to poker and slots to sports gambling, is the future, despite the wishes of certain retail gaming pundits determined to hold onto yesteryear. iGaming and live gaming will be able to coexist peacefully and existing brick-and-mortar casino operators who grab a piece of the digital action will be one step ahead of the companies that are just trying to get started. A handful of casino companies has already been willing to embrace the future, and an investment heavyweight is positive that more are coming. That’s why InterActiveCorp (IAC) has spent the past couple of months buying chunks of stock in MGM Resorts International, determined to see it expand further into the iGaming realm.

In a letter sent to investors this week, IAC chair Barry Diller spilled the beans, admitting that the company has injected $1 billion into MGM. Diller is also the chair of the Expedia Group and is the founder of the Fox Broadcasting Company. The purchase of the MGM shares was made possible after IAC recently spun off Match.com, of which it owns 80%, into its own company. As a result of that deal, Match shareholders took ownership of the online dating site and its sisters, OKCupid, Tinder and Hinge.

In the letter, which was signed by both Diller and IAC CEO Joey Levin, the company, which also owns The Daily Beast and Care.com, explained that the investment was a smart move, given MGM’s current weak position in the iGaming industry makes it ripe for growth. The casino operator has already been taking steps toward further online gaming action, and IAC asserts, “We believe MGM presented a ‘once in a decade’ opportunity for IAC to own a meaningful piece of a preeminent brand in a large category with great potential to move online.”

MGM is behind the BetMGM online sportsbook and partypoker, which are operated through the ROAR Digital subsidiary, an entity formed from a partnership with GVC Holdings. Last month, the two added $250 million to back ROAR, which followed an investment of $200 million from 2018. ROAR is expected to be live in 11 states by the end of 2020, and that number could increase significantly within two or three years.

IAC added in the letter, “While we believe that regulatory environments generally catch up with consumer demand, it’s taken quite a while in this category, so we found one of the leading players operating in 7 going on 11 states by the end of 2020: MGM, which pairs a strong physical presence and brand with talented online operators in a fast-growing joint venture in online gaming.”

If IAC’s track record holds up, and all signs point to yes, the results of the investment will exceed expectations. Match only survived because of IAC’s backing and input, which led to the dating site to go from no paying subscribers to more than ten million. When it opened the wallet to make the Expedia investment, the online travel industry in the US was valued at around $9 billion – today, it’s worth more than $1.1 trillion.