Even before the fiasco caused by COVID-19, casino operator MGM Resorts needed some money to cover its debt. In March of last year, it announced that it was going to offer $1 billion in senior notes to pay off some bills, with the amount being twice what it initially had expected to offer. The global coronavirus pandemic unexpectedly wiped out the casino industry, and MGM found out that the proceeds from those senior notes weren’t going to carry the company as long as it had hoped. It’s ready to issue new senior notes, according to a press release from yesterday, and is looking for another huge chunk of cash. 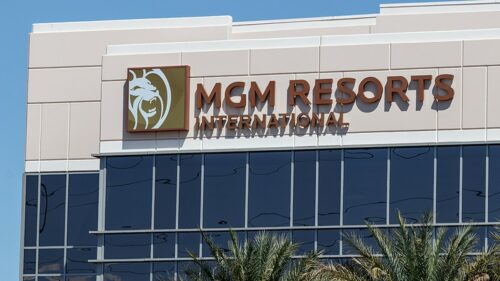 MGM indicates that it wants up to $750 million in return for the notes, which is an increase from the $500 million it initially thought it would need. The notes will offer an interest rate of 4.75%, and the company hopes to have the exercise wrapped up by next Tuesday. Once the cash is in hand, MGM will use it to continue to pay down its debt, as well as to cover existing operational expenses. Part of the funds will go toward short-term interest-bearing accounts and securities that need to be paid.

The senior notes are unsecured and are to be backed by MGM’s domestic subsidiaries in the U.S. These are the same that are already covering other senior notes previously issued by the company, which will thin the overall value even more. However, the notes will carry the same payment rights as those notes, as well as any future “unsecured indebtedness” incurred by MGM or its guarantors.

The good news is that MGM has enough assets to go around. According to its figures from last year, the company has total assets of $33.9 billion and total equity of $7.7 billion. This will allow it to cover the notes if things get really out of hand, but that isn’t likely to happen. The casino industry is on a slow rebound following the COVID-19 outbreak and, even though more positive cases might be seen, investor confidence is returning. MGM started the year at $33.66 before dropping to $21.93 in the middle of March, about the same time the coronavirus forced casinos in the U.S. to halt operations. Since then, it has climbed out of the gutter and now sits at $21.93 as of yesterday afternoon.