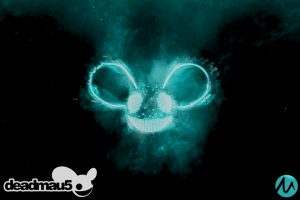 November is upon us with chilly breezes and fallen leaves all over, and a slew of new Microgaming titles, including the major online gambling software provider’s latest branded slot.

The game was crafted by Eurostar Studios exclusively for Microgaming and its ever-growing network of operator partners. Deadmau5 boasts a cascading 5-reel layout with 243 winways. The game’s visuals and sounds are just as loaded with energy and frenetic intensity as its namesake’s globally popular tracks. It is also packed with special features, including the Rolling Reels and Drop the Wilds mechanics.

Neptune’s Riches is set to go live on November 17. Developed by Just For The Win, the 5-reel high volatility slot will sweep players into the ocean depths where an abundance of wilds awaits them.

The game’s features include Rising Wild Respin, which is triggered when wilds land on reels two, three, and four, Rising Wilds, which move up a position every spin and can have a multiplier of up to 10x, and Walking Wild Free Spins, which are triggered when three scatters land on the reels.

During the Free Spins round, a permanent stack of wilds moves across the reels and absorbs other wilds to increase multipliers and win potential.

Another Ancient Rome Title and Some More New Games

Microgaming’s November new titles lineup includes one more Ancient Rome-themed slot, Augustus. The game is set to be rolled out on November 24. It was created by Neon Valley Studios.

This new high volatility slot will invite players into the world of the titular Roman emperor where they will be minting coins to trigger Full Wild Reels. At the same time, Augustus himself and his high Praetorian Guard will pop stacked one, two, or three high for exciting wins.

Players may also unlock the Volatility Pick Bonus Feature where they will be able to choose up to three random Wild Reels for up to 25 free spins.

Tiki Reward is another exclusive title that Microgaming is set to soon add to its platform. It was crafted by All41Studios and is scheduled to be released on November 10. The game comes with 50 paylines and symbols inspired by Tiki, the colorful sculptures of humans that are part of many Polynesian cultures.

Tiki Reward’s reels are packed with Tiki Wilds that substitute for all other symbols but the scatters and can act as multipliers. In addition, three Tiki Wilds of the same color earn the players a corresponding Tiki Jackpot, including the Gold Tiki Jackpot that is worth 1,000 times the total bet.

The online gambling provider will also soon roll out its newest Christmas title – A Tale of Elves – from Aurum Signature Studios. The game features 243 winways and is packed with stacked wilds and free spins.