More running back injuries and time to improve your depth


Pick up those back ups

More injuries to big names means more opportunities for other players. Nick Chubb and Austin Ekeler are both set for a spell on the sidleines and working out who will take their share of the workload could be the key to you taking home your fantasy title.

While Joshua Kelley is the obvious pick up in Los Angeles, it could be Justin Jackson who actually benefits more from Ekeler’s absence. He has more experience for a start and Kelley has had some fumbling issues in his first few weeks in the NFL. It could be that Lynn and the coaches turn to Jackson who has had some success in the Chargers offence before and he is well worth an add.

In Cleveland it appears to be more clear how things will work out. Kareem Hunt will take the bulk of the work and, at least while Chubb is out, is an easy top 10 running back each week. But D’Ernest Johnson could be the surprise name to pick up a large chunk of work in the offence. While he may never match the 95 yards he picked up following Chubb’s exit from the game, he could well carve a role for himself. The Browns like to use both Hunt and Chubb and while that may go down, there is definitely going to be an opportunity for a second back.

Harris may be the RB1 in New England

A perhaps less significant injury, but one that could end up being the most important for your fantasy teams is Sony Michel in New England. His absence meant that Damien Harris, a back that was touted all offseason to have an increased role, finally got his chance and he more than took advantage of it. He got his first start and racked up exactly 100 yards. When Cam Newton returns it should open things up even more for him. If he is available in your league you need to add him, even if it is just to wait and see how things pan out for him there. With that offensive line, he could be a league winner.

Sell Ingram before it is too late

It is time to sell on Mark Ingram. Anyone who knows me will know that I love Ingram. He has been one of my favourite backs in the league for some time. But his role in that Ravens offence is diminishing. Gus Edwards played 22 snaps, JK Dobbins 21 and Ingram just 14. He had a touchdown so his fantasy score looks fine, but that is worrying for him and his outlook going forward.

Now is the time to make the move as he may not ever have the same value again. On the same note, Dobbins and Edwards have not managed to convert their touches into real fantasy value and if their roles continue to improve, they could be really good buy low candidates. I’ll continue to say it, but volume is key in fantasy and Ingram just isn’t getting the volume any more. Sunday should have been a perfect opportunity with the Ravens up early but he just was not on the field. 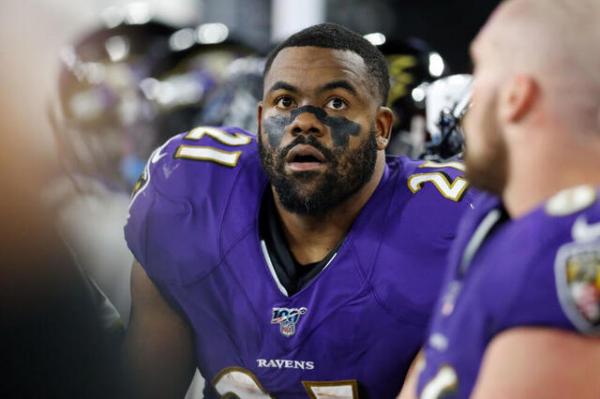 A rare year where depth could really pay off

I am normally one to preach about trading your depth to improve your starting line up as the season goes on, but this week may have shown that strategy will just not work in 2020. So often in leagues you see teams with valuable players never seeing their starting line ups and it is just a waste. It is often better to package up a couple of good players for a great one, particularly as we close in on the end of the season. Line ups were decimated by injuries early on this season and the coronavirus issues we had just means that you need to have cover more than you ever have before.

At one stage it wasn’t clear if the Patriots @ Chiefs and Saints @ Lions games would be called off to join the Steelers and Titans. In those six teams there are a number of key fantasy players and it left players scrambling around to find back ups.

So this season it is key to be adding those potential break out stars on waivers – the likes of Damien Harris could be huge if more games get cancelled – and just holding onto those players, even if they are just sitting on your bench right now. It could be the thing that wins you that title.

Don’t give up just yet

There are a couple of players I have mentioned as buy low candidates before and it isn’t time to give up on them yet. A.J. Green has struggled but has still seen at least five targets in all four weeks. He will regress to the mean soon enough and those targets will bring big games. He may sit on your bench right now, but he is too talented to not turn these opportunities into yards soon. Right now you can get him for peanuts and he may have more upside than any player of the same value.

David Montgomery should have seen a big increase to his role with the loss of Tarik Cohen. But game flow meant that he didn’t get the workload you would have been hoping for as the Bears were always behind against the Colts. We also shouldn’t underestimate just how tough that Indy defence is. The Bears’ schedule gets a lot easier as the season goes on and he could really pay off if you can get him into your team now. He may be worth a sneaky look for the rushing title when the market opens back up later this week. The other candidates are dropping like flies right now and he will certainly get the volume.