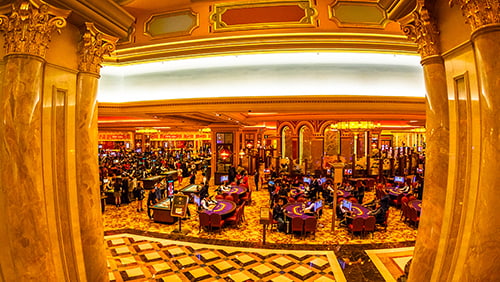 COVID-19 has had a disruptive impact on the global casino industry and Macau has suffered a dismal year as a result. The city’s casinos are at a virtual standstill as operations are only crawling along. While city and casino leaders are confident about the ability to mount a full recovery, it will take some time and what emerges following the pandemic might be a different picture than what is seen now. As everyone grapples with the changes forced by the coronavirus, it is looking more likely that there is almost no way that Macau will be able to seriously discuss casino concession renewals in 2022 as planned, and analysts from Morgan Stanley are the latest to support that belief.

Macquarie Capital analysts suggested last week that there’s a good chance the existing casino license holders in Macau will receive an extension, allowing more time to address a modified gambling landscape in the city. It’s possible, based on gambling laws, to extend the licenses for up to five years; however, that would be the definite limit unless the laws were rewritten. Two casinos, SJM Holdings and MGM China Holdings, have already been given extensions, to bring them in line with the other four license holders in Macau, providing for all six to then have their concessions discussed simultaneously in 2022.

Now, Macau is in the process of revising its gambling laws, and the latest updates aren’t expected to be ready until sometime during the second half of next year, possibly close to the end of the year. As a result, the ability to then turn around and dig into new concessions only months later would be virtually impossible. By law, the existing concessions cannot be renewed – only new concessions could be issued. Morgan Stanley’s Praveen Choudhary, Gareth Leung and Thomas Allen said late Friday, “For open bidding to happen, Macau has to run a public consultation (earlier planned for [the] second half of 2020), and then put the new law in the Legislative Assembly (the draft is not ready yet), which could take more than a year.”

Should an extension be granted, operators will most likely need to pay some type of fee to the Macau government, similar to what was seen when SJM and MGM received their extensions. It’s doubtful that the fee will be too high, given the COVID-19 situation, and most likely won’t come close to the $24.7 million these two operators paid when their extensions were granted in 2019. In addition, the issuance of a new concession will carry with it some type of fee, although that amount and the amount of any new tax scheme in Macau are not yet established.

Gambling News
How does this lose? Surely not.
3 hours ago
0 2