It’s 17 years since Best Mate ensured his racing immortality by winning a third successive Cheltenham Gold Cup. In that time there have arguably been superior chasers that have won the race, but none has matched that achievement. This March, Al Boum Photo will get the chance to do so.

Even more than Best Mate, who at least ran in a King George or two, Al Boum Photo has been sparingly campaigned between his visits to Gloucestershire, his sole prep race coming in each of the last three winters at Tramore on New Year’s Day. Clearly his record in the Gold Cup means he receives the ultimate respect and he will be trained to the minute.

And yet the bare form of both his Gold Cup wins doesn’t place him head and shoulders above his contemporaries, so it’s tempting to look elsewhere at the prices.

Arguably Al Boum Photo’s best performance came when he was beaten by his stable companion Kemboy at the 2019 Punchestown Festival. The pair of them finished well clear of The Storyteller at the end of a well-run race, Kemboy the winner fair and square. Kemboy has also run in the last two renewals of the Cheltenham Gold Cup, but he unseated rider at the first in 2019 and was only seventh home a year ago. Despite a win in the Irish Gold Cup last time, Kemboy could end up in the Stayers’.

A Plus Tard a threat if stamina holds

Prior to the Irish Gold Cup, Kemboy had been just touched off by A Plus Tard in the Savills Chase. The race was set up for the winner, A Plus Tard matched at 150.0149/1 in-running on the Betfair Exchange. Even so, A Plus Tard did show his effectiveness at three miles, having been campaigned largely over shorter, though he will need to prove his effectiveness over a further quarter of a mile in the Gold Cup.

The Savills’ market had been headed by Delta Work and Minella Indo, but both departed around halfway and neither was quite at their best in the Irish Gold Cup, Delta Work perhaps still working his way to the top of his game.

Both those two have been placed in the RSA Chase, as was Delta Work third in 2019, Minella Indo denied by Champ’s late surge in 2020. Delta Work was also fifth in the latest running of the Gold Cup, his jumping not quite passing muster. Whether it will in what is likely to be a well-run race remains to be seen.

Champ with plenty to prove in Game Spirit 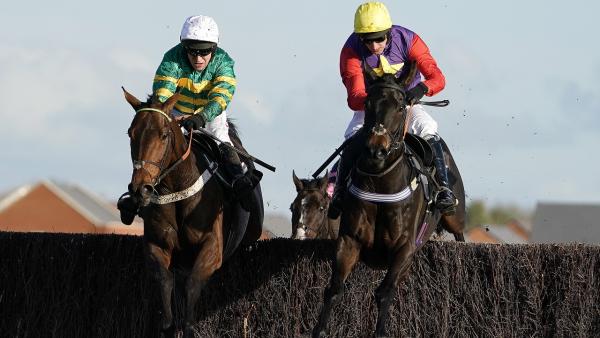 Champ is a conundrum. He’s not been seen since he snatched victory in the RSA, though is due to return on Sunday, on the rearranged Betfair Hurdle day card. However, he’s taking his chance not in the Denman over three miles, but the Game Spirit over little more than two. It’s hard to believe that will show him to advantage and that his season has come to such a pass makes him less than appealing at current odds for all his potential.

His stable companion Santini seemed to throw in the towel in the Cotswold Chase at Sandown. His record at Cheltenham and the possibility of more severe headgear being fitted, mean he can’t be fully ruled out, but it’s hard to warm to him at the price.

Native River – the form is there to defy his age

Native River looked as good as ever in making the most of optimum conditions in the Cotswold. The opposition could have been stronger, but he won in a good time and he’s also got a fine Gold Cup record, having won the race in 2018 and made the frame twice more.

The main argument against Native River is not his form, but his age. He’s an 11-year-old and a horse of that age hasn’t won in more than 50 years.

But Native River has been sparingly raced over the last three seasons, has form on his last start that stacks up against the best of this bunch and at current odds he’s the overpriced runner at the head of the market.

Native River may not be the only runner from Colin Tizzard‘s yard to take his chance in the Gold Cup. Indeed, Lostintranslation, third last season, has the potential to shorten markedly if a recent wind op and the revival in form of his stable sees him back to his best this weekend. He holds entries in the Denman and the Ascot Chase. He makes some appeal, but is clearly a riskier proposition than his stable companion.

Despite winning the King George – gloriously so – last time, Frodon has almost been written off, so far as the Gold Cup goes, but he’s built a career on being underestimated. His form isn’t quite so good as some and he would need everything to fall his way, but that has happened plenty of times in the past, including in the King George and in good races at Cheltenham, where his superb jumping and his understanding with his rider Bryony Frost have denied better fancied rivals.

Frodon would probably benefit from less testing ground – not that he doesn’t handle heavy, but that good or good to soft might inconvenience Native River more in a battle for the lead. 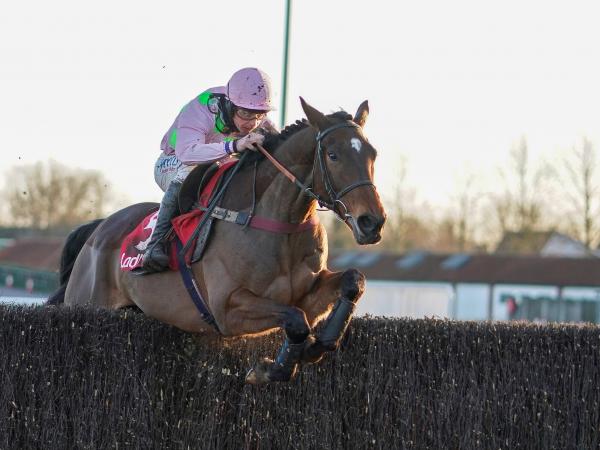 Royale Pagaille is the wildcard in the pack, his form as a novice – albeit a third-season one – entitling him to serious consideration. Had it just been his performance on bad ground at Haydock then it might have been easier to dismiss his claims, but he was equally good at Kempton the time before, that form much harder to knock.

Of those at bigger prices, the one that makes most appeal is Vinndication. It’s a pity he’s not been seen since falling at Newbury in November and his jumping is a little suspect. However, he’s got some strong form to his name and has the potential to progress further, faced with the stiffest test of stamina he’ll have encountered. He comes with risks but 55.054/1 looks worth a small interest.