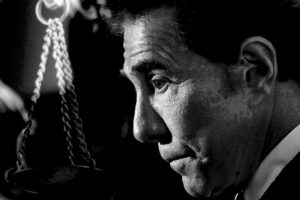 A Nevada court judge has ruled that the state Gaming Commission and Gaming Control Board cannot fine or discipline former casino boss Steve Wynn as he no ties to the state’s gaming industry.

The Nevada Gaming Control Board said in a statement that it is set to soon announce its decision on its next steps. The regulator can appeal the ruling to the Nevada Supreme Court.

The ruling was delivered a year after the Gaming Control Board lodged a five-count complaint through the Nevada Attorney General’s office. The complaint argued that the regulator along with the Gaming Commission still had jurisdiction over Mr. Wynn, even though he was no longer involved in the state’s gambling industry at the time.

Mr. Wynn quit Wynn Resorts, the casino empire he had built himself, in February 2018 after a bombshell investigation by the Wall Street Journal published the previous month revealed a decades-long pattern of alleged sexual misconduct by the businessman.

The WSJ report alleged that Mr. Wynn had for years subjected female Wynn Resorts employees to unwanted sexual advances and had coerced some into performing sexual acts on him. The disgraced businessman has denied the allegations but stepped down as CEO and Chairman of Wynn Resorts and offloaded his personal stake in the company in March 2018.

The scandal triggered multiple lawsuits and other trouble for the casino tycoon. The recent ruling was a rare win for Mr. Wynn in the sexual harassment scandal as well as the ensuing lawsuits and regulatory issues.

No Plans to Re-Enter Casino Industry

Attorneys for Mr. Wynn did not comment on the recent ruling. Don Campbell and Colby Williams, who represent the disgraced businessman in court, argued to the Nevada Gaming Commission that the regulator had no jurisdiction over Mr. Wynn because he no longer lived in Nevada and had no plans to re-enter the state’s casino industry.

Late last year, the commission said at a hearing that the businessman himself did not attend that it was considering fining Mr. Wynn up to $500,000 and declaring him unsuitable to be part of Nevada’s gaming industry.

The businessman’s attorney argued that he was not personally licensed when he quit Wynn Resorts in February 2018 and divested of his stake in the company.

The Nevada Gaming Commission last year fined Wynn Resorts a record $20 million for failing to investigate properly the allegations leveled against its boss. The company was also slapped with a $35 million fine in Massachusetts. Wynn Resorts could have lost its license in that state just prior opening its $2.6 billion casino resort near Boston in mid-2019, but Massachusetts regulators deemed the company suitable to run the property.