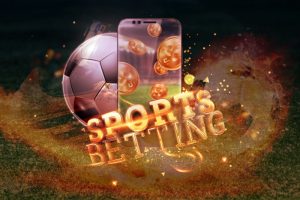 A bill calling for a significant expansion of collegiate sports betting in New Jersey has cleared the first of many hurdles earlier this week as the state’s athletic gambling market continues to break national wagering records.

Sports betting proponents in the state Legislature are looking to remove existing restrictions on betting on collegiate sports involving local teams in a bid to further boost wagering activity in the Garden State.

A bill introduced last month called for a referendum that would ask voters to approve betting on New Jersey college playoff or championships. The measure was amended this past Monday to allow placing bets on regular season college games as well.

The legislation was approved by the Senate Budget Committee to complete the first of several steps before it can be placed on the 2021 ballot and voted on by New Jersey residents.

Sen. Paul Sarlo, who represents the northern New Jersey area that includes MetLife Stadium, the venue that hosts Giants and Jets games, said that state lawmakers were on board for a more sweeping college betting bill, hence the recent updates to the measure.

A Lot of Activity and Betting

The recently introduced bill is aimed primarily at sporting events like the NCAA basketball tournament which attracts wide attention every year. New Jersey lawmakers also hope that MetLife Stadium could be chosen to host college football bowl games, among others.

Sen. Sarlo said that some of the top teams could be there and this would certainly generate “a lot of activity and betting.”

Commenting on the bill, Chamber of Commerce of Southern New Jersey president Christina Renna said that expanded college sports betting is “more bets and more revenue coming into the state.”

New Jersey’s nine operational casinos in Atlantic City and three racetracks are all authorized to accept sports bets at retail facilities, online, and via betting apps.

In September, the state beat its own national record from August, raking in nearly $750 million in bets from gamblers who were finally able to wager on the NFL after the coronavirus pandemic shut sports for months when it first hit earlier this year.

The state is set to release its figures for October later this week. Its brick-and-mortar and digital sportsbooks took in nearly $3.3 billion during the first three quarters of the year.

Gambling News
How Can You Take Advantage of the Growing Sports Betting Market?
2 hours ago
0 1