As far as Macau leaders are concerned, there is no reason to delay the casino tender process that is expected to take place in 2022. Plans were put in motion a couple of years ago to bring all six operators in line so their statuses could be reviewed simultaneously in two years, but nothing can happen until the city’s new gaming framework is in place. Macau has to prepare new gaming laws ahead of discussing concessions with its casinos, and COVID-19 has made it difficult for lawmakers to allocate enough time to the subject. However, city leaders are still determined to keep on schedule and have reiterated their goal of having the new gaming laws in place next year. However, they most likely won’t be ready until the fourth quarter, according to Macau Business, which is going to put pressure on the tender process in 2022. 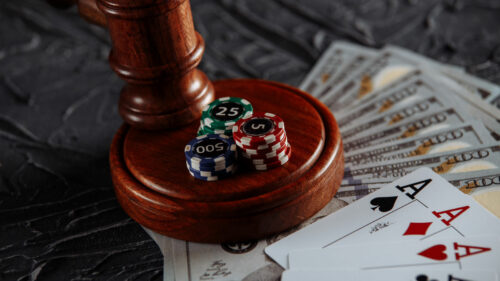 Previously, the goal was to have the gambling laws in place by next summer, at the latest. The requisite groundwork to develop the framework, such as initial studies, has already begun, but has been slowed due to the coronavirus pandemic. Setting that groundwork has to take place before providing a window for public consultation, which has to happen before the Legislative Assembly can be given the final draft of the laws for approval.

Macau’s current Legislative Assembly will be swapped for new members next September, which is going to put more pressure on the entire concession timeframe. There have already been rumblings that adhering to the schedule could be very difficult, and legislators are hoping the air will be cleared so they can start making the necessary preparations.

However, Macau’s chief executive, Ho Iat Seng, and the Legislative Assembly got together yesterday, and the city’s official policies for next year include provisions for ensuring the concession and re-tender process goes smoothly and as planned. Leading up to that, Macau’s gaming industry can expect to be put under the microscope, as legislators and gaming regulators appear to be ready to pick through all operations.

Seng’s 2021 policy outline states that casinos will have their fixed assets inspected next year, starting in the first quarter and wrapping up by the third. In addition, the operators will need to prepare to see changes to how Macau handles high-figure transactions and reporting in their venues, as well as transactions conducted online. It isn’t clear how these inspections and changes will impact the issuing of new concessions the following year.

There will also be more attention placed on junkets in 2021. Specifically, the government will audit the operations of all local junkets throughout the year and will pay close attention to how they manage their customer accounts. In leading up to that audit, Macau completed a financial audit of the junkets this past summer and now wants to see if the results of those exercises match what the city sees through the junkets’ physical activity.

There’s still a lot of work to be done to move Macau’s gaming operations forward and there isn’t a lot of time. The city is still dealing with COVID-19, which has cost it huge amounts of expected gaming revenue, and casino operators should be prepared to see some substantial changes when they begin discussing new licenses with Macau’s leaders.

Valencia vs Atletico Madrid, Barcelona vs Osasuna & More
31 mins ago