No madness in tipping Method at 33/1

For once, let us cut to the chase: Method is the wrong price for Saturday’s July Cup at Newmarket and should be backed at 34.033/1 with the Betfair Sportsbook. With 23 declared, including two supplemented runners, there is plenty to chew over and Method isn’t the only runner who looks bigger than he should be, unusually so for an early-closing pattern event.

The key piece of form in explaining this view re Method is the Sandy Lane Stakes at Haydock in May. Rohaan and Dragon Symbol crossed the line a nose apart, Rohaan having made smooth progress from the rear, Dragon Symbol having raced more handily on the near-side wing.

On the other side of the group, fading into fifth, came Method. He was beaten two-and-a-quarter lengths, but it was his first run of the year – all the others had been out previously in the spring – and that told late on, the heavy ground placing a premium on fitness. Method shaped well enough for long enough to think he’d be competitive another day against the first two. That day is Saturday.

Method might have taken on Dragon Symbol in the Commonwealth Cup, though the torrential rain, which put the Friday at Royal Ascot in doubt, meant he was withdrawn on the day. Method has run two of his best races on soft/heavy going, but his impressive wins on his first two starts came on good ground.

There is, to put it no stronger, a suggestion that Method has been running as well as he has despite rather than because of the surface. With the ground likely to be nowhere near so testing on Saturday, Method could well be ready to make a big step up.

Both Dragon Symbol, who passed the post first in the Commonwealth Cup, and Rohaan, who won the Wokingham Handicap the following day, boosted the Sandy Lane form at the Royal meeting. Dragon Symbol is a tank of a horse, every inch a crack sprinter on looks, and he clearly took his form forward at Ascot. Does that mean he should be shorter in the market than Rohaan? Doubtful.

Rohaan, as a gelding, wasn’t qualified to run in the Group 1 Commonwealth Cup, but his performance in the Wokingham would have been good enough to win that event too. That may have been a case of opportunity allowing him to show his full merit, but it’s surprising Rohaan isn’t just about favourite for the July Cup.

The actual favourite at the time of writing is Oxted, last year’s winner and an impressive scorer in the King’s Stand Stakes at Royal Ascot. However, this looks a stronger race than last year’s July Cup and the King’s Stand was rather set up for him (this might be too, of course). Oxted is short enough at current odds.

Starman, who was particularly impressive at York in May and who remains with untapped potential as he steps up in grade, is a perfectly plausible winner, but priced accordingly. He is another who missed Ascot due to the soft ground.

Creative Force: Primed for the step up to Group 1 company 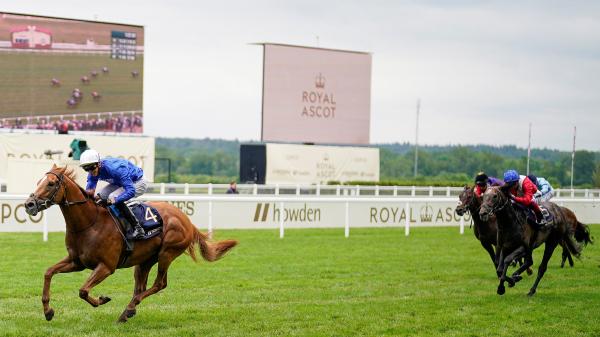 Creative Force, another three-year-old gelding finally allowed his chance at the highest level, looks ready for this stage. His record, bar a flop in the 2020 Coventry Stakes after which he went missing, is hard to fault and he’s looked good in winning at pattern/listed level on his last three appearances. He made pretty short work of a large field in the Jersey Stakes last time out. Because he has been competing at a slightly lower grade, Creative Force hasn’t yet had the chance to show his full ability – in the way that Rohaan has – but Saturday could be the day he does.

Art Power: Ascot run in unfavourable circumstances his best yet

In the absence of Dream of Dreams, the form of the Diamond Jubilee is represented by Glen Shiel and Art Power. Although they finished second and third, in that order, at Ascot, Art Power shaped the better of the pair, at a disadvantage in where he raced on the track.

He is overpriced in relation to Glen Shiel, though this race looks potentially quite a bit stronger than the Diamond Jubilee. Art Power is also untried on going firmer than good.

Rohaan, Creative Force and Art Power, the last-named particularly if it rains more than forecast, all look to be at longer odds than the should be, and any of them would make a plausible second string to the bow. Preference for Creative Force as a second option at this stage is marginal. However, there’s no doubt about the main pick – Method is just a silly price.