Nothing wrong with Tony Calvin’s bets at Newbury

I am happy to leave the love-ins to others – give me a controversial story to chew on, any day of the week – but, boy, the Long Distance Hurdle at 15:00 on Friday at Newbury certainly has the wow factor.

I can’t readily recall a better Grade 2 in terms of both quality and quantity in recent years, and Cheltenham would bite your hand off right now if you offered them this field for the Stayers’ Hurdle in March.

Favourite will take some whacking

A great race doesn’t always make for an attractive betting medium though – it is often the opposite – and my first instinct was that would be the case again here.

Paisley Park looked the banker of this year’s Cheltenham Festival and rightly went off the 4/6 favourite for the Stayers’ after seven straight wins, but he ran a lifeless race and trailed home a lack-lustre seventh.

I haven’t read an explanation or heard a reason given for that poor performance but, if you do strike a line through it and move on, there is no doubt his overall profile makes him a fair enough 9/4 chance on the Exchange.

Even with a 6lb penalty he will take some whacking on the form of his 2019 Festival defeat of Sam Spinner, and to a lesser extent his win in this race last year, but I am still not minded to wade in here, as well as some reckon he looked on that racecourse gallops morning at Newbury last week.

He may have to be very close to his best to be winning this, and you do have to forgive him that mystifyingly-poor Cheltenham run. 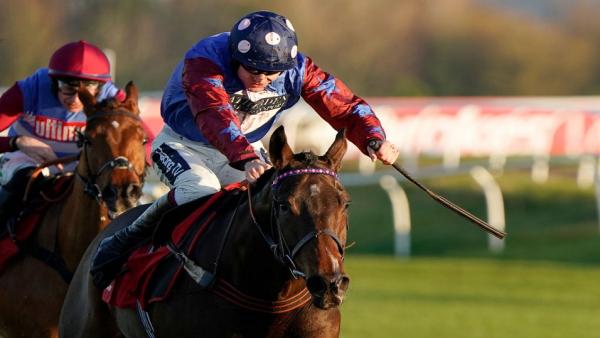 This race simply has incredible depth (it is a Grade 1 in all but name, and a high-class Grade 1 at that), with nine of the 10 in here boasting official figures of 150 and above, and I wouldn’t be in any kind of rush to dismiss the 150-rated Honest Vic after what he did in a quick time at Cheltenham on his reappearance (from a horse who won readily at Kempton earlier in the week on his next start, albeit over fences).

Indeed, Honest Vic arguably makes the most betting appeal in here at 16/1 (all the 20s was hoovered up), though I am sure the reigning staying champ Lisnagar Oscar will have his supporters at double-figure odds after a satisfactory comeback under a penalty at Wetherby.

However, without further ado, it is time to roll out that racing cliché; this race is so good that you don’t need a financial interest to enjoy it.

It’s a cracking Newbury card from start to finish, in fact.

We have Sprinter Sacre’s brother Flinteur Sacre in the opener, although Cheltenham bumper second My Drogo could give him a race there, and there is plenty of class on show in the other novices’ hurdle over 2m4f+ an hour later, even if there are only five of them.

I know I am like a stuck record on this but something has to be done about these small-field novices’ chases appearing on terrestrial TV, with just three lining up at 13:50 this time.

They are surely a total betting turn-off, but if you have a punting opinion, then crack on.

I appreciate it is a Grade 2 and they are three good horses – Fiddlerontheroof heads the betting at around the evens mark – but I personally think ITV should have tried to switch that race (they might have, I guess, for all I know) with the 2m handicap chase at 12:45 and simply shown a full recording of the novices’ contest.

Everyone is a winner.

I may only be saying that because I half fancy chasing debutant William H Bonney in the handicap at a double-figure price.

He never quite lived up to his early billing over hurdles – I remember him trading short in the run in the Greatwood three years ago – and he often failed to find as much as looked likely off the bridle.

But he did win a couple of handicaps in late 2018, and the latter success came off a mark of 129, so he has been given every chance off 126 here on his fencing bow. And he will love the good ground.

In his Weekender column on Wednesday, Alan King said the horse needed his first two runs in Wetherby handicap hurdles this season (for which he was dropped 5lb) and schooled well in preparation for this on Monday. He even said he hoped he will “spot on” here, which hints at some level of confidence.

Perhaps this could be the discipline in which he belatedly shines and I was tempted to give him a spin, but he is a 9yo now and this is a very competitive handicap.

He could have asked for an easier assignment first up over the big ‘uns, so I will give him a reluctant swerve, but if you are backing him then he is an obvious back-to-lay proposition on the exchange, given the way he tends to travel into his races.

Take a chance on Henderson’s charge

If William H Bonney has not quite met early expectations, then perhaps the same is true of fellow 9yo Whatswrongwithyou but I am willing to take a chance with Nicky Henderson’s charge at 21.020/1 or bigger in the 14:25.

Once again, there are plenty of in-form horses in here and Oldgrangewood is going for his third win in the race in the past four years (and has a big chance of doing so after a very promising return in the Old Roan), but the selection is worth chancing to small stakes off his falling handicap mark.

He started at 8/1 for the Grand Annual off 145 in March 2019 (ran okay in seventh) but he has come down to 137 now, and that gives him definite chances on a track on which he has won a couple of novices’ hurdles. 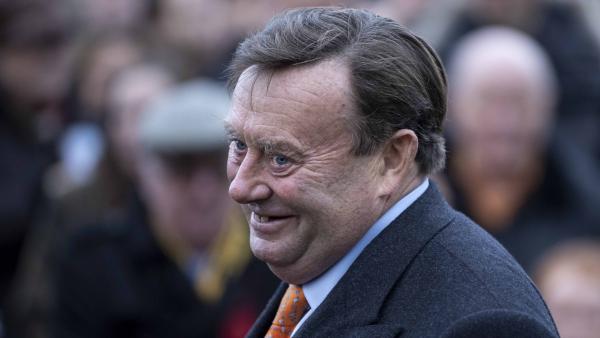 He has clearly had issues down the years and been hard to train, but hopefully his trainer will have him fully tuned up for his return as a result, as he certainly has the ability to be winning here off this level.

A waiting ride over 2m4f with a touch of ease in the ground, rather than the minimum trip – Cepage may get his own way out in front here, by the way, though he may want it a lot softer – could be just what the doctor ordered for this winning pointer now he is getting on a bit.

Worth siding with revitalized Dell ‘Arca

Hill Sixteen’s chances in the concluding 3m handicap hurdle, at 15:35, led to some rare differences of opinion in the marketplace on Thursday afternoon, where his price ranged from 2/1 to 10/3.

He is around an 9/4 chance on the Exchange at the time of publishing.

It wouldn’t surprise anyone were he to run away with this, as he won by a street on his debut for the yard in a handicap chase at Ffos Las last week, and he can actually race off a 3lb lower mark here.

It is a shrewd piece of placing by his stable, as not only can race off his old hurdles mark he also escapes an additional burden due to the race conditions not penalising recent chase wins.

The obvious question mark is whether he can reproduce that form over hurdles on much better ground over this longer trip – Ffos Las heavy is quite something and all his best form has come with plenty of dig in the ground – and you can make a case for a few of his rivals, not least the revitalized Dell ‘Arca.

I was going to leave this race alone given Hill Sixteen could laugh at these, but I wasn’t expecting to see Dell ‘Arca available at 15/2, so I am happy to side with him each way, four places, with the Betfair Sportsbook.

He has simply looked a revitalized performer in his last two starts under today’s jockey Fergus Gillard, bolting up on his return to hurdles in a conditionals’ race at Aintree and then following up over course and distance (admittedly off the same mark) last time, a race in which Third Wind (a very good second at Haydock on Saturday) finished fifth.

He is 6lb higher here but he has been rated much higher in the past and he just seems to be back in love with the game – perhaps he got fed up of fences – and his Newbury hurdles’ record of 2131 (he has also won here on the Flat and finished a close second to Coneygree in a Grade 2 over fences) does suggest an each-way play is easily justifiable, especially as he is equally at home on good and soft ground.

It is hopefully a day where characters, or those with a chequered past shall we say, will hopefully shine.

And I suspect I will chuck a few quid at William H Bonney on the exchange near the off, too.