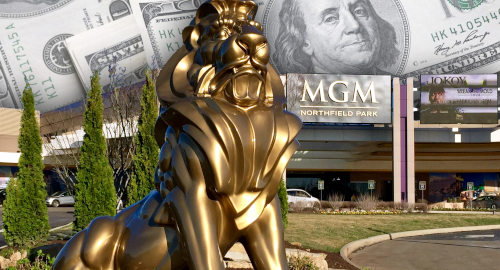 Ohio’s land-based gaming operators set a new revenue record for the month of September, although the numbers are trending downward since the initial post-pandemic lockdown surge.

The four casinos generated revenue of just under $71.9m in September, up around 5% year-on-year although down from the supercharged numbers in July ($86m) and August ($77.4m), which were the first months in which Ohio gamblers were able to visit casinos following two months of pandemic shutdown.

It was a similar story over at the racinos, where VLT revenue came in just under $92.8m, up nearly 7% year-on-year but falling short of July ($95m) and August ($94.8m). MGM Northfield Park led not only all racinos but all operators in September with $19.9m, with casinos Hollywood Columbus ($19.3m) and Hollywood Toledo ($18.9m) not far behind.

Ohio’s gaming operators have yet to join their counterparts in other states in offering legal sports betting, either at their properties or online. The push for legal betting appeared to be gaining traction in the state legislature this summer but momentum slowed as the political focus shifted to November’s elections.

Assuming the US doesn’t immediately implode in a post-election Boogaloo-inspired race war, the current plan for Ohio’s November/December session is for the House and Senate to resolve their competing visions for legal betting, including lingering questions over tax rates and the number of online ‘skins’ per land-based operator.

Late last month, a new wrinkle emerged after state Sen. Bill Coley suggested adding an online lottery element to HB 194, which was approved by the House in May. Some House members expressed unease with any unrelated impediments to passing HB 194, but at least some local casino operators appear to be on board – with a few caveats.

PlayOhio quoted Eric Schippers, senior VP at Penn National Gaming (which operates the two Hollywood-branded Ohio venues), saying his company would be fine with the Ohio Lottery selling “traditional lottery products online – in other words, anything that doesn’t simulate a slot machine.”

PNG was one of the casino operators who fought hard against the Pennsylvania Lottery launching online games that were slots in everything but name. The casinos sued to block the games but the courts said the casinos failed to demonstrate that they’d suffered any harm from the iLottery games. For the record, the iLottery generated over $1b sales in less than two years.

Schippers said PNG would be fine with the Ohio Lottery offering online versions of products available at lottery retailers but “to grant the Intralot lottery guys a monopoly on online casino games would be a devastating blow” to land-based gaming operators.

The Daily Acca: Atletico Madrid to lay down a Champions League marker
7 mins ago