The teams that currently occupy the top four in the Premier League – Manchester City, Manchester United, Leicester and Chelsea – are all odds-on to finish there. But with the exception of City, who are 14 points clear with eight to play, the other three are no certainty.

Let’s take a look at their odds and remaining fixtures to try to work out if it makes sense to back any of the outsiders to crash the top four.

Second-placed United are 1.051/20 to finish in the top four for the second season in a row. If they do it will be the first time they’ll have achieved successive top four finishes in the post-Sir Alex Ferguson era. Home matches against Liverpool and Leicester, as well as trips to Leeds and Tottenham, mean the Red Devils will be tested. They also face a potentially-tricky trip to Molineux on the final day but, eight points clear of fifth-placed West Ham, Ole Gunnar Solskjaer’s men should get the job done.

Leicester should be looking up the table

Leicester 1.42/5 were third for much of last season then fell away badly and slipped to fifth on the final day. Brendan Rodgers is determined that they will get over the line this season and they should have learned from last term’s disappointment. But they face a tough run in, with Man City at home up next, followed by a trip to West Ham. After that they play West Brom, Crystal Palace, Southampton and Newcastle. The Foxes will hope to secure their top four finish in those matches before trips to United and Chelsea, followed by a final day encounter against a Spurs team that could yet be in contention.

The best way for Leicester to avoid a repeat of last year may be to focus on looking up the table. They are only a point behind United and, having beaten them in the cup last weekend, a Foxes victory at Old Trafford, where the Red Devils have lost four times in the league this season, can’t be ruled out. In which case 4.216/5 on a top two finish is appealing.

Chelsea aim to hold off Hammers

Chelsea have been transformed by Thomas Tuchel and are 1.491/2 to finish in the top four. They are also involved in the Champions League and FA Cup which means they face a busy final quarter of the season. They have conceded just two goals since the German took over so their resurgence has been built on defensive solidity. 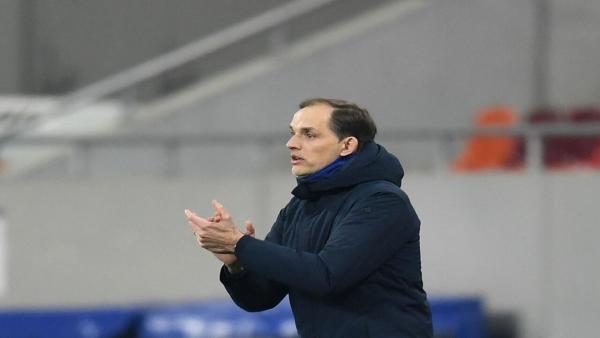 Tuchel’s team have to go to Man City and West Ham and will host Leicester and Arsenal. On current form, they will have enough, but that trip to East London could be crucial as the Blues are only two points ahead of the Hammers.

After throwing away a three goal lead against Arsenal last weekend West Ham 7.87/1 must resolve not to throw away the good work that’s got them to fifth in the table. Jesse Lingard and co. continue to be a revelation in attack but David Moyes need to ensure there are no further lapses.

They have a favourable run-in with five matches against bottom-half sides while their home matches against Chelsea, Everton and Leicester are opportunities to take points from their direct rivals for the top four. At 7.87/1, and only two points off fourth, Moyes’s men are value.

Tottenham’s shattering exit from the Europa League could yet boost their chances of a top four finish. They don’t have to play on Thursday nights any longer and Jose Mourinho will have to prioritise the league. For all that’s been said about Spurs, following their defeats to Dinamo Zagreb and Arsenal, they are still only three points off the top four and their goal difference is superior to Liverpool and West Ham – the teams either side of them. At 4.216/5, the same price as Liverpool, the Lilywhites are the better bet.

Liverpool title defence one of the worst ever

Only two title winners have failed to finish in the top four the following season – United in 2014 and Leicester in 2017 – but Liverpool look destined to join that list. They simply haven’t shown enough to make backing them at 4.216/5 worthwhile. It is staggering to think that a team that lost just once before claiming the title last season have been beaten nine times this term. Their involvement in the Champions League means Jurgen Klopp could well see winning that competition – they’re 7.87/1 – as their best hope of playing in it in 2021/22.

Bookmakers News
What are the greatest Old Firm derbies since 2000?
48 mins ago
0 1

What are the greatest Old Firm derbies since 2000?
48 mins ago