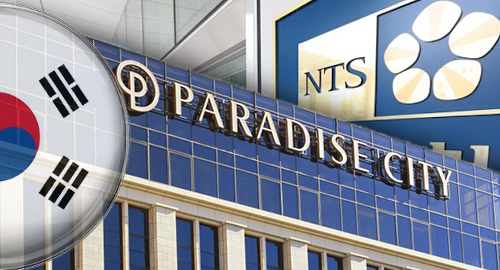 South Korea’s largest private casino operator Paradise Co Ltd is under investigation by the country’s tax authority, although the reasons behind the probe remain unclear.

Last Friday, Korean media reported that the Seoul office of the National Tax Service (NTS) had launched a ‘high-intensity tax audit’ of Paradise, which operates four foreigner-only casinos, including the Paradise City integrated resort outside of Incheon. The NTS is reportedly building on a previous audit from 2017.

The media report of the Paradise probe came just two days after a possibly related NTS announcement of 38 suspected tax-dodging entities. Paradise confirmed the existence of the probe to GGRAsia but claimed not to know “the exact purpose” of the investigation.

Like most Korean casino operators – except Kangwon Land, the only venue that permits local residents to gamble – Paradise has suffered as a result of COVID-19’s sharp reduction in international tourist arrivals.

Last week, Paradise reported its October sales hitting KRW22.36b (US$19.7m), a 72.2% fall from the same month last year although 9% better than September 2020’s result, which was itself 20% better than August. October’s month-to-month increase came despite table turnover falling 7.7% from September.

Meanwhile, the three foreigner-only casinos operated by Grand Korea Leisure (GKL) reported sales of KRW11.1b in October, an 18% improvement from September but a nearly 70% year-on-year decline.

GKL’s sales over the third quarter of 2020 were down 74% to KRW34.7b, although this represented a nearly 50% rise from the second quarter, during which GKL’s casinos were closed for the entire month of April.

For the year-to-date, GKL’s sales are down 53% to KRW169.6b, resulting in an operating loss of KRW31.6b for the state-owned company versus a KRW30.6 operating profit in the first nine months of 2019.

Ravens’ Odds to Make the Playoffs Fade to -340; Is There Value in Betting Baltimore to Miss?
29 mins ago