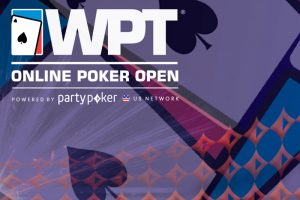 The World Poker Tour has extended its partnership with partypoker’s US network one more time to bring together a new New Jersey online poker series as the reopening of the state’s casinos and poker rooms is still surrounded by great uncertainties.

The WPT Online Poker Open powered by partypoker US Network kicked off this past Sunday, June 21, and will run through June 28. The series comprises 12 big events, including a $400 championship with a guaranteed prize pool of $300,000.

Players must be physically located in New Jersey in order to be able to take part in the ongoing WPT Online Poker Open. While many members of the state’s tight-knit poker community will certainly jump in action, the WPT said that it expects grinders from neighboring states like Pennsylvania and New York to drop in and participate.

The partypoker US Network includes the BorgataPoker and BetMGM skins allowing players to participate in the online poker series from these platforms as well.

As mentioned above, the WPT Online Poker Open offers a plenty of events that aim to cater to players of all bankrolls. The series offers more than $370,000 in guaranteed prize money, including the $300,000 guaranteed prize pool of the championship tournament.

Speaking of the championship, it will feature a $400 buy-in fee and is scheduled to take place June 28.

A Host of Surprises Await the Big Champion

The winner of the $400 championship will be showered with exciting prizes. Along with the top prize from the tournament’s prize pool, the player that will be crowned champion will also collect a WPT trophy. In addition, the winner will be awarded a Las Vegas VIP experience package, including an $11,000 entry into the next WPT Five Diamond World Poker Classic at the Bellagio.

New Jersey’s nine operational casinos have been closed since mid-March due to the coronavirus. While many other states have reopened their gambling venues, it is still unknown when Garden State lawmakers will greenlight the reopening of the nine casinos along the Atlantic City Boardwalk.

The state has seen a surge in online poker action in the past three months with record number of players and prize pools.

Players like BorgataPoker ambassador Dan Buzgon said they were excited about the now ongoing WPT Online Poker Open. Buzgon believes that major online events like this one only add to New Jersey’s growing online poker market and could prompt legalization of the game in other states.

The player commented that online poker tournaments like the WPT Online Poker are “a step in the right direction when two big names in the poker world come together” and that “poker in the rest of the world has had a lot of big events and series moved online”, and “its good to see it starting to happen here in the States.”

WPT regular Ari Engel said he would take part in the series and that it is a move in the right direction for US online poker. The player noted that “when looking at this, one sees the urgent need for more states legalizing online poker and compacting with New Jersey” and that “there is a reason the marketing switched to partypoker US Network, and many of us are hoping that is a sign of what’s to come.”

Juventus vs AC Milan, Spezia vs Torino & More
50 seconds ago