Plans for an IR in Osaka, Japan just got a little fuzzy

Plans for introducing casinos in Japan through the approval of the development of integrated resorts (IR) continue to change, and not necessarily for the better. Progress is at a virtual standstill due to the COVID-19 saga, not to mention the allegations of bribery tied to a casino operator and its attempts at securing a license. From the start, however, and all through the drama, Osaka has been a forerunner for one of the first three licenses that are expected to be awarded when, and if, the IR industry gets off the ground. The prefecture was seen as a lock and gambling odds showed it as a heavy favorite. Not anymore. 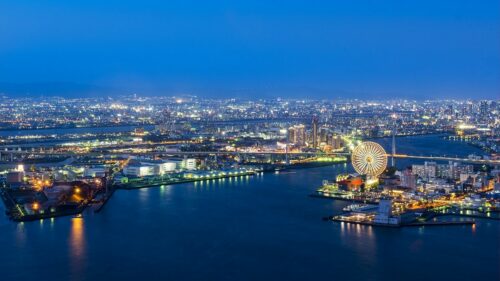 In what could ultimately be a huge twist in the ever-developing IR plot in Japan, Osaka may not exist soon, at least not in its current form. In 2015, residents of the prefecture narrowly shot down a vote that would have paved the way for Osaka to be broken up into four wards, instead of a single region. The margin of rejection was only 10,000 votes, and supporters of the idea have had five years to drum up more Yes votes, with the topic making another appearance during elections on November 1.

The Osaka Metropolis Plan (OMP) seeks to wipe Osaka off the map in 2025 (the year of the World Expo), leading to the creation of the four wards – Chuo, Kita, Tennoji and Yodogawa. Each ward would have its own mayor and council, and there may no longer be cohesion among leaders as the subject of IRs continues to move forward. Considering that it would cost around $229 million to implement the new ward structure, supporters of the OMP could use the IR as a bargaining chip.

Japan introduced the conversion system in 1956; however, it has yet to implement it a single time. There are potentially around 2.25 million voters who could address the issue at the polls next month and, with such a close margin the last time the idea was explored, it’s conceivable to imagine an Osaka that looks extremely different than it does now.

The good news is that the delays over the creation of the IR Basic Policy in Japan give everyone more time to review the situation. In addition, if Osaka were suddenly out of the picture as a contender for a license, there are still plenty of other options. Nagasaki and Wakayama, for now, are moving forward with their hopes of being able to secure one of the initial three IR licenses, but the landscape is constantly changing. With IR development now not expected to move to the application phase until a year from now, there’s time to see what’s going to happen next.

Arsenal vs Rapid Vienna, PSV vs Granada & Celtic vs AC Milan
29 mins ago