Fourteen bets of £8k or more were placed on the Three Lions lifting their first major trophy since 1966 when the final takes place at Wembley this Sunday.

Two bets of £21k each were placed on England to win Euro 2020 in the build-up to Saturday’s 4-0 win over Ukraine in the quarter-final.

England are odds-on to beat Denmark in their semi-final on Wednesday and Southgate’s team also lead the betting in the tournament outright winner market.

Confidence in England has grown as the tournament as gone on but some punters always believed with four £10K bets placed on England to lift the trophy pre-tournament at prices between 6.25/1 and 6.86/1.

Punters who kept faith in Kane could land big rewards

For many, however, the manner of the win over Ukraine proved a turning point. Before the match, Harry Kane was 40/1 to be named the player of the tournament but, after his two goals, he was backed in to 5/1 second-favourite behind team-mate Raheem Sterling 3/1. 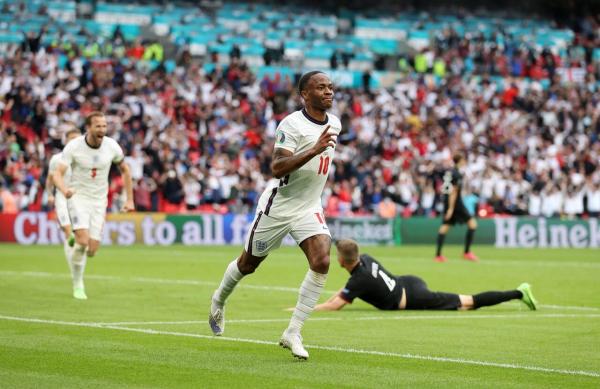 In the top goalscorer betting Kane and Sterling have also been backed in from big prices. Kane failed to score in his the group stages and was backed at 130.00129/1 but, after scoring one against Germany before his brace against UKraine, he’s 5.79/2.

England’s outstanding defensive displays have provided the platform for their victories. On Saturday they kept a record-equalling fifth consecutive clean sheet and they are 5/1 to win the tournament without conceding.

That’s a big ask but, at the start of Euro 2020, it would have been around a 150/1 shot. England have achieved some outstanding feats so here’s hoping their backers’ confidence proves justified.

Free MLB Picks and Odds Today Including Yankees vs Rays, Dodgers vs Giants
59 mins ago

How to do Bankroll Management for Famous Casino Games?
2 hours ago
Best Online Casinos and Bonuses