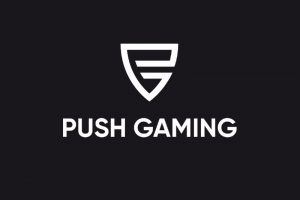 Push Gaming has teamed up with UK gambling operator The Rank Group in the latest major commercial deal announced by the online casino content maker and supplier during a period of transformation and strong growth.

As part of the recently inked deal, Push Gaming will supply its full portfolio of online casino games to its new partner and its iGaming brands.

The Rank Group is one of the major players in the UK gambling market, but it also boasts a strong presence in other regulated territories. The partnership with the operator will help Push Gaming further extend its footprint across the UK and other markets.

The provider will integrate its content onto Rank Group’s gaming websites via its proprietary platform. The operator and its brands will thus gain access to popular titles such as The Shadow Order, Razor Shark, Fat Rabbit, Immortal Guild, and Wild Swarm, among others, as well as to recent release Joker Troupe.

News about Push Gaming’s partnership with The Rank Group emerge just days after the iGaming content supplier announced a similar deal with Casino Days, a newly launched online casino operated by Rhino Entertainment. Under that earlier deal, Push Gaming will provide the young iGaming brand with access to its games portfolio.

Reaching More Players Than Ever

Commenting on their partnership with The Rank Group, Push Gaming CEO James Marshall said that they are delighted to have agreed to supply a “wealth of engaging games” to one of the biggest names in the online gaming industry.

Mr. Marshall went on to say that “Rank’s established sites within the United Kingdom and other regulated markets means that we will be able to reach more players than ever with our high-quality slot offerings.”

The Push Gaming CEO also noted that the deal is particularly exciting for them as they have a continued focus on growing their UK presence. The supplier obtained a UK Gambling Commission license earlier this year to gain access to that important regulated market.

Rank Group Head of Games Bhotesh Maheshwari said that Push Gaming has crafted “unique slot concepts over the last couple of years” and that the supplier’s offering “would be a great fit for our brands.”

Push Gaming’s deal with The Rank Group is the latest partnership with a tier-one gambling operator announced by the online casino content maker in recent months. In April, the company announced that it has entered into an agreement to roll out its titles across the iGaming brands of gambling giant GVC Holdings.

It was in April again when Push Gaming unveiled a similar commercial deal with major British bookmaker William Hill.

Gambling News
Took my friend out for his 21st birthday. He ended up flopping a straight flush for 60.5k within 5 minutes.. : gambling
2 hours ago
0 1