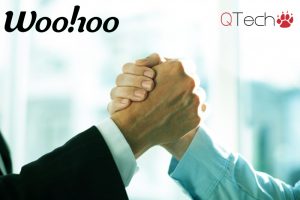 The company has recently formed an alliance with fast-growing India-focused provider of RNG content Woohoo Games.

Under the terms of the agreement, Woohoo’s product portfolio has been made available across QTech’s network of clients and to their players. The addition of Woohoo’s breakout content has added more power to QTech’s platform helping it set the pace for delivering top-quality online casino games across emerging territories.

Launched late last year, Woohoo has built a strong portfolio of games that are specifically aimed at Indian players. Its games library includes timeless classics such as Andar Bahar and Teen Patti as well as exciting new RNG products such as Cricket Kings.

With immersive soundscapes and visuals, Cricket Kings was crafted to provide players with an engaging experience in a market where cricket is probably the most popular and successful sport in terms of the number of admirers.

QTech’s deal with Woohoo is the latest in a series of partnerships the platform provider has announced in recent months. In addition, it is the latest alliance that focuses on the Indian gaming market.

Commenting on their partnership with Woohoo, QTech CCO Ulf Norder said that many iGaming studios and operators have tried to cement themselves in Asia but have underestimated the time it takes to “build relationships in this nuanced part of the world.”

Mr. Norder went on that Woohoo’s games “perfectly aligns with our own expertise in India” and that like QTech, Woohoo has adopted “a modern RNG methodology, prioritizing mobile games that maximize any user interface’s real-estate in an efficient, uncluttered fashion.”

The QTech official added that they are delighted to be one of the first platforms to roll out Woohoo’s games as these have quickly established themselves as “go-to” products in the breakout Indian market where they perfectly “capture and cater to player appetites.”

Ed Whittington, Head of Business Development at Woohoo, said that their new partner is “blazing a trail across Asia and the unfolding Indian market” and that they cannot wait to see how their games connect with a diverse audience across Asia “whose patchwork quilt of diversity is particularly pronounced.”

Mr. Whittington noted further that Woohoo “has a proven pitch in India’s bustling bazaar” and has become one of the most promising RNG game providers in the region with its portfolio of popular table games and progressive slots. The Woohoo official also pointed out that their partnership with QTech “builds more momentum” behind their expansion strategy.

Which footballer has the most appearances of all time?
15 mins ago