It was going to be the race of the Festival, the 2020 Queen Mother Champion Chase, three titans in opposition. It didn’t turn out that way. Altior, winner for the previous two years, was ruled out at the start of the week; the exciting Chacun Pour Soi was dramatically withdrawn on the morning of the race; and the dual Festival winner Defi du Seuil, sent off at 5/2-on with the other pair out, ran dismally.

Twelve months on, and Defi du Seuil hasn’t found his form this season and will be absent; Altior has run once and been beaten once, his return delayed, a change of plan seeing him miss a possible outing last weekend; but Chacun Pour Soi has enhanced his reputation and, touch wood/fingers crossed, will start for the Champion Chase as one of the bankers of the week.

It’s hard to see past Chacun Pour Soi, beaten just once in seven starts since moving to Willie Mullins’ yard and an easy winner of all three this winter, including Grade 1 events the last twice. He travels strongly, has made perhaps one jumping error in those seven races and is unlikely to be bothered by whatever the ground is. On current form, Chacun Pour Soi is head and shoulders above his likely opponents.

At his best, obviously, Altior would be a strong challenger. He is one of the modern greats, a four-time Festival winner who went 19 races over jumps before he was beaten. Yet, his very best form is some way in the past and the most likely, if harshest, explanation for his defeat in the Desert Orchid at Kempton is that Altior, at 11, is not the force of old.

Despite that, Altior remains second favourite for the Champion Chase, and favourite in the betting without Chacun Pour Soi market (non runner no bet on the Betfair Sportsbook), which makes this a more appealing race to play in than it would appear at first glance.

With Min likely to run in the Ryanair, the second-best form this season has been shown by First Flow, when he won the Clarence House, though the market isn’t at the moment giving him full credit for that. First Flow beat Politologue fair and square at Ascot, admittedly under an attacking ride on a track that has been rewarding such tactics all season. But it was his first try at such an exalted level, progressing all the while, and the run should be taken at face value until evidence suggests it shouldn’t. 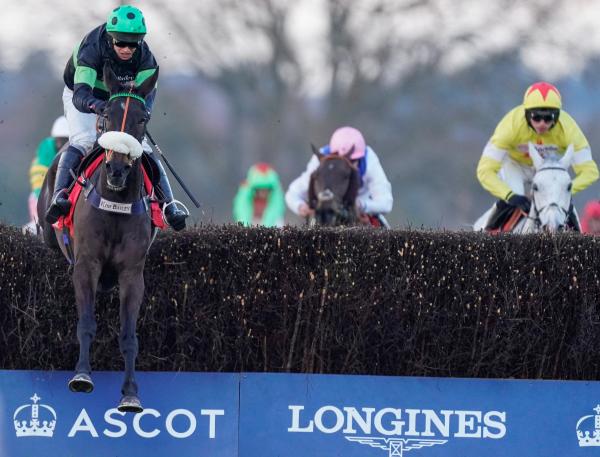 First Flow’s jumping has been an issue, though it was good in the Clarence House. His lack of form at Cheltenham – he jumped like a yak in clogs when pulled up in the 2018 Supreme on his only previous visit – and a perception, no more, that he’s better right handed, are perhaps the reasons he’s not second favourite.

Those are genuine questions, but perhaps overstated, and in terms of form First Flow is just too big a price. That the Clarence House second Politologue, who took advantage of the absentees to win last year’s Champion Chase, is at shorter odds doesn’t seem right. Given how First Flow is likely to be ridden, involved in the heat of the battle, he makes more appeal in the outright market, worth an interest at 15.014/1, than in the betting without one.

Nube Negra, who beat Altior in the Desert Orchid, also having his first run of the season, is a possible improver, after just five starts over fences, but that form is suspect. The time of the race didn’t compare well with that recorded by Shishkin in the Wayward Lad for novices and the third Duc des Genievres was beaten out of sight in the Clarence House next time. As only the first three ran much of a race at Kempton that is hardly encouraging.

Sceau Royal fell early in the Desert Orchid but got back on track in the Game Spirit on the Betfair card at Newbury last weekend. That, though, is another bit of suspect form in a race that wasn’t truly run, Champ‘s connections using the race almost as a racecourse gallop for their Gold Cup candidate, none of the four behind giving their best.

Greaneteen, who took third in the Game Spirit and was runner-up to Politologue in the Tingle Creek, could be a different proposition off a strong pace, but he hasn’t progressed quite as anticipated since winning the Haldon Gold Cup at Exeter. That he hasn’t been entered for the Grand Annual, does, though, suggest he will take his chance in this.

Kettle shines when chips are down

Of the other Irish-trained contenders, Notebook, Put The Kettle On and Fakir d’Oudaries have all had a rear view of Chacun Pour Soi at Leopardstown this winter. All three also ran in the Arkle last season. Put The Kettle On prevailed that day and also won the Shloer at the track in November. 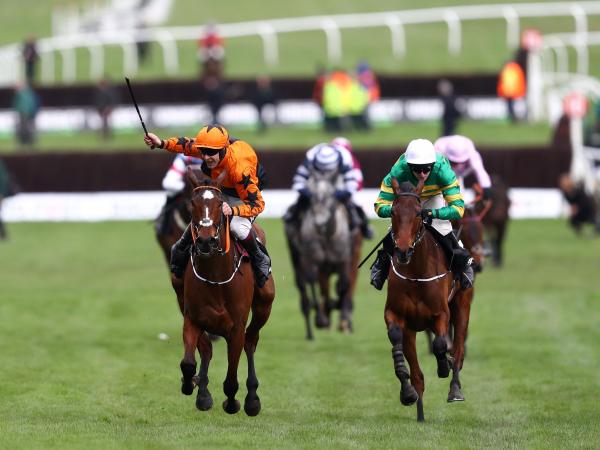 She’s not quite so good as the other pair, on balance, even with the mares allowance, but she’s more of a scrapper than Fakir d’Oudaries, which counts for a fair bit. Notebook beat himself in the Arkle and must be in danger of doing too much too soon, given the likely make-up of the Champion Chase.

If there is one with the potential to spring a major surprise among the Irish challengers, it could be Cilaos Emery. Like Nube Negra, he’s had just five starts over fences, though his form consistently reads rather better. He has run against Chacun Pour Soi, though only so far as the first fence in last season’s Dublin Chase.

After that mishap, Cilaos Emery was reverted to hurdles and won the Trial Hurdle at Gowran before finishing fourth in the Champion Hurdle behind Epatante. His demeanour, as well as his form, very much suggests a horse that is a better chaser than hurdler.

Cilaos Emery has been seen just once this winter, finishing second to Bachasson at Clonmel in November. That was a solid effort on paper, conceding 5 lb to his stable companion, but he raced choke out over two and a half miles and didn’t finish the race so well as the pace-making winner. He’s a strong traveller and could well be suited by the way the Champion Chase is likely to be run.

Cilaos Emery and Bachasson, whose only Cheltenham option is in the Stayers’ Hurdle, are entered to run over two miles at Naas on Sunday. Cilaos Emery could conceivably be a fair bit shorter for the Champion Chase after that, though the 25-1 in the market without Chacun Pour Soi is generous anyway.

Bookmakers News
Ryan Moore: Some big chances among my six Curragh rides on Saturday
48 mins ago
0 1

Ryan Moore: Some big chances among my six Curragh rides on Saturday
48 mins ago