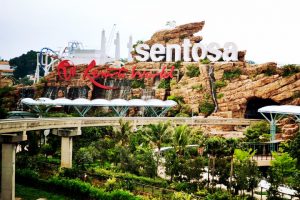 Singapore’s Resorts World Sentosa could see a significant increase in the number of VIP patrons visiting its casino floor as a result of the ongoing investigation into its domestic rival Marina Bay Sands’ anti-money laundering practices, according to Samuel Yin Shao Yang, analyst at Maybank.

Bloomberg reported earlier this week that the U.S. Department of the Interior has issued a grand jury subpoena to a former Marina Bay Sands compliance chief seeking documents and other information indicating “money laundering facilitation” and any other form of abuse of internal financial rules and controls.

In addition, the former compliance head was asked to produce records that could reveal violations related the use of casino junket operators or third-party lending using casino credit.

The Interior Department is also looking to uncover potential retaliation against whistleblowers.

During the third quarter of 2010, that is to say shortly after news about the DOJ investigation into Las Vegas Sands emerged, Resorts World Sentosa saw its VIP market share in Singapore reach a record high of 67% and remain above 50% for the next two quarters.

In comparison, the property’s VIP market share averaged 47% since it opened doors in January 2010.

In the recent note, Yin wrote that “we do not presume that either Marina Bay Sands, Sands China, or Las Vegas Sands was or is guilty or innocent of any charges” and that “what we gather is VIPs tend to avoid casinos which are under investigation, especially by the DOJ.”

The note went on that learning from similar situations in the past, Resorts World Sentosa could benefit from higher share of VIP volume and that all the property needs to do now is just reopen.

Both Marina Bay Sands and Resorts World Sentosa have been closed since April 7 to help curb the spread of the coronavirus. It still unknown when the properties will resume operations. Nearly 40 business sectors were allowed to return to work June 2, but the Singapore Casino Regulatory Authority told local media that it would extend the casino shutdown beyond June 1.