Results, analysis and early odds for the 2022 Festival

It was a Cheltenham Festival that had everything (apart from crowds, obviously).

The week started with trepidation; a fear that with no fans in attendance, owners not allowed to greet their winners, and much smaller field sizes than usual, then it would be impossible for the 2021 Cheltenham Festival to live up to hype that usually precedes National Hunt’s showpiece occasion.

We had no need to be worried.

From the moment the tapes went up for the Supreme Novices’ Hurdle, accompanied by ITV’s fake Cheltenham roar, the horses, jockeys, trainers, and even the punters would ensure that this year’s festival would go down in history as one of the greatest ever.

Backed as if defeat was out of the question, Appreciate It blitzed his rivals in the opening contest, winning by a margin – 24 lengths to be precise – that merely hinted at the dominance that was to come from the Irish.

It was a performance of sheer power and brilliance from the Willie Mullins 7yo, but it wasn’t one that had me rushing out to back him for next year’s Champion Hurdle at 15.014/1.

Appreciate It is a horse that went off on his Point-to-Point debut as the even money favourite against Envoi Allen, and only lost out to that rival – who we now know to be a star himself – after the last.

That was three years ago, and since then he has grown up both mentally and physically says Mullins, and that a trip of around three miles, and crucially over fences, is more likely to be his route to stardom next season.

We can however be certain of the path that Shishkin will take next season after his impressive Arkle victory, and it’s all roads lead to the 2022 Champion Chase, for which Nicky Henderson’s latest star to come off his ‘2m chaser’ production line is already trading as short as 2.77/4.

I know a few punters who won’t take odds of 2.77/4 about them being able to put one foot in front of the other on the night that the pubs reopen, never mind backing a horse at that price 12 months in advance to arrive at a race in good health and ready to jump any number or unknown rivals into submission.

And consider also Shishkin’s trainer, who perhaps minds his horses more cautiously now than he has ever done; someone spilling a bottle of water at Sandown would probably rule the unbeaten chaser out of the Betfair Tingle Creek on account of the ground being too soft! 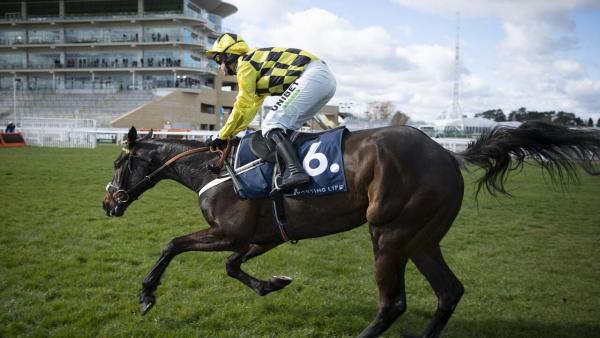 But all being well Shishkin will be lining up for next year’s Champion Chase, and the same applies to Honeysuckle for the Champion Hurdle after she destroyed her rivals in this year’s renewal.

The victory maintained the super mare’s unbeaten record, but it will be remembered more for the history-making triumph by her jockey Rachael Blackmore who became the first lady rider to win a Champion Hurdle.

The first price matched on Honeysuckle to win next year’s Champion Hurdle was 5.59/2, but that price didn’t last and she’s now trading at around 4.03/1 to defend her crown.

Rachael back for more

Irish-trained horses won five of the seven races on day one, but they had even more success on Ladies Day, fittingly with Blackmore bookending the card with victories on Bob Olinger in the Ballymore and on Sir Gerhard in the Champion Bumper.

The 31-year-old had hit the deck more times than a drunken boxer during the four days of action, but it was testament to her determination and brilliance in the saddle that she kept bouncing back with more wins – most notably in the Triumph Hurdle aboard Quixilios – to end the week as the leading rider at the festival, the first time that a lady jockey had ever achieved that feat.

Bob Olinger’s success also made the headlines for Betfair customer Paul Dean, who included the horse at odds of 25/1 in a quite frankly bonkers five-fold accumulator that meant he stood to win over £511,000 for his £5 stake if red hot favourite Envoi Allen won the Marsh Novices’ Chase on day three.

Hailing from my home town, Stockton-on-Tees, it was no surprise to me that Paul sensibly took a partial cash-out offer of £250,000 – though I was initially surprised that he hadn’t spent his £5 on a pint and a parmo like all good Teessiders – leaving him set to win over £322,000 should Envoi win.

We all know what happened next.

Tiger rolls back the years

Two more notable successes on Wednesday came courtesy of the mare Put The Kettle On, who followed up last year’s Arkle success with victory in the Champion Chase, landing a second big prize of the week for trainer Henry De Bromhead (more on him later), while Tiger Roll came back to his best with his third win in the Cross Country Chase. 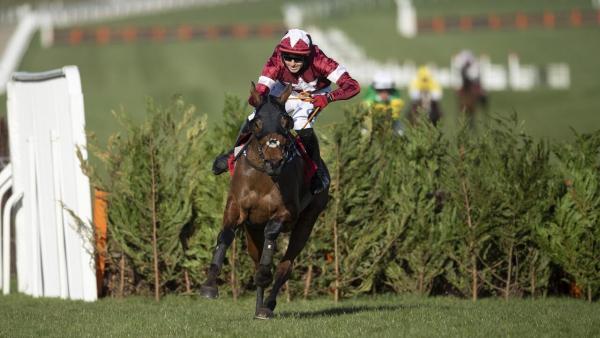 Tiger Roll has now won races at five separate Cheltenham Festivals, and the crying shame that came out of this back-to-form victory was that the two-time Grand National winner has been denied his chance of landing the Aintree spectacle a third time by his owners, who removed him from the race a few weeks ago, believing him to have been allocated too much weight.

Following the success of Monkfish 24 hours earlier the ‘other’ Irish banker of the week, Envoi Allen took an early fall in the Marsh, paving the way for British-trained horses to land just their fourth win of the week thanks to Nicky Henderson’s Chantry House.

But back came the Irish with six winners on the bounce to conclude the third day, with Flooring Porter winning the feature Stayers’ Hurdle. He’s trading at around the 8.07/1 mark to defend his crown in 12 months’ time.

Thursday also witnessed the in-play betting story of the week as Mount Ida came from another county to eventually win the Kim Muir in comfortable fashion.

Another county is quite an apt description given that only someone with Dominic Cummings quality eyesight would have failed to see that the mare was in serious trouble over a circuit out, trailing the field and being urged along momentarily, meaning she traded at the ceiling price of 1000.0 (999/1) on the Betfair Exchange.

It wasn’t long though before Jack Kennedy soon had her back on the bridle and scything through rivals, and turning for home it looked like she had just joined in before she jumped to the front at the last and won going away.

And so we came to the blue riband, the Cheltenham Gold Cup.

Rachael Blackmore had effectively already bagged the top jockey of the festival honours and was now bidding to become for the first lady rider in history to win the feature race of the meeting.

She had a choice of two rides, Minella Indo or A Plus Tard. She chose the latter, proving that like all brilliant jockeys, they’re terrible judges!

The big English hope, Champ, threw in the towel in the early rounds while his stablemate Santini never travelled and was pulled up shortly after. Native River was never going with any enthusiasm and Frodon’s stamina was always going to be called into question at the end of a fast-run race.

It was plainly obvious then that from a long way out that the Irish were going to dominate this race just like they had the whole week. And they did, landing a 1-2-3 with Henry De Bromhead training the winner Minella Indo, and in doing so becoming the first trainer in history to win the Champion Hurdle, Champion Chase, Gold Cup treble all in the same week.

The first three home are likely to be trained with the 2022 Cheltenham Gold Cup in mind, and throw in this year’s star chasers and we already have a mouthwatering prospect on our hands.

Records galore but pain for the Brits

Irish-trained horses won a staggering 23 of the 28 races during the week, beating their previous record of 19. And for the first time in history a British-trained horse failed to win a single hurdle race at the Festival. 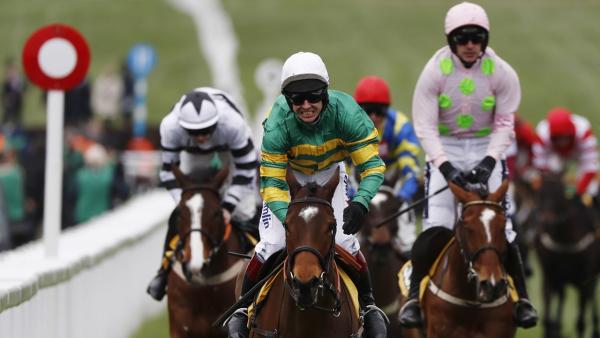 Britain’s five wins is the worst on record, and when you consider that two of those victories were handicap chases and another a hunter chase – plus a fortunate winner following Enovi Allen’s fall – then it’s no surprise that today the ‘why were Ireland so dominant‘ debate has begun.

For now we should just be thankful that this year’s Festival went ahead at all, and we should remember it fondly, forever.