Rozner can find love in the hills

It’s not only a new course this week on the European Tour, but also a new country – the Mediterranean island of Cyprus.

As such, therefore, we’re thrust into something of a guessing game about the challenge posed by the Cabell Robinson-designed, 6,954-yard par-71 PGA National course at the Aphrodite Hills Resort in Paphos.

Robinson is a veteran American architect who started his career working for Robert Trent Jones Sr and, as such, worked on the likes of Valderrama and Royal Park I Roveri.

His own most famous creation is Finca Cortesin, which was briefly host to the World Match Play (the old Wentworth invitational rather than the WGC version), and will welcome the Solheim Cup in 2023, whilst La Cala, Valle Romano and D’Amelkis have also witnessed European or Challenge Tour action.

Robinson settled in Spain after setting up RTJ’s European office and consequently most of his work has been on and around the Mediterranean.

A look at photos and video of Aphrodite Hills certainly places the layout among the likes of tracks in the Canaries, on Madeira, in Portugal, and also in southern Spain: dry, rocky, undulating terrain which produces resort courses with elevation changes and two or three holes that utilise the dramatic possibilities of the geography, hopefully creating a worthy experience.

Visually, at least, it’s the sort of course where, in the past, the canny punter might be scrolling for a tasty price on the likes of Santiago Luna, John Bickerton or Bradley Dredge.

With that trio in retirement or semi-retirement, my attention is instead first drawn to Frenchman Antoine Rozner.

The 27-year-old first impressed on the Challenge Tour in 2018 with second place at the Open de Portugal on the resorty Morgado and he opened the next season with back-to-back seconds on the Alps Tour in Morocco, two more tests which fit that description.

Encouraged he soon added two wins in two starts on the second tier and nearly completed Battlefield Promotion when contending in Italy and France on two more undulating tracks by the sea.

By the end of last year he found himself in a play-off at the European Tour’s Mauritius Open hosted by the Heritage Club.

He lost out to Rasmus Hojgaard, but it was further proof of his fondness for potentially blustery resort golf in holiday settings, a year after he was seventh in the same event at Four Seasons.

As he heads to Cyprus he’s made an impressive 14 cuts in his 16 starts in his rookie campaign.

Highlights, beyond the near-miss last December, include tied tenth at Al Mouj (more resort golf by the ocean), third at Valderrama (which has that slight link with Robinson), he was third at halfway in the Portugal Masters (yet more fun by the sea) and he closed last week out with a flying 65 for tied tenth in the Italian Open.

I’m also not discounting that he ranks second in the field for Strokes Gained Approach this season because on a course with five, rather than the usual, four par-3s that might be a subtle advantage.

If he can add the deadly putting stroke he had at Valderrama and Galgorm Castle he can contend again for a first title at this level.

Last week’s column had a cruel near-miss with long-time tournament leader Laurie Canter, but we’re not bitter as evidenced by a return to favouring Sebastian Soderberg, who in August almost landed a big win at Celtic Manor before a late Sunday trip-up.

Since then he’s started (66) and finished (64) fast in Portugal, withdrawn as a precaution from the Irish Open after proximity to a Covid sufferer, and then suggested that’s all behind him with a final round 65 to grab tied ninth in the Scottish Championship, a third top ten in six completed starts.

He was a winner at Crans last summer and whilst that course and this are very different in many ways, they do share the need to hit fairways and greens set at unusual angles.

Aside from his good form and that breakthrough win there are results in his career history that offer hope that he can make another strong bid this week.

There was his fourth place finish in the 2015 Madeira Islands Open at Santo da Serra, a resort course set on a hilly plot of land.

There’s also the first round 61 which saw him grab an early lead in the 2017 Rocco Forte Open at Verdura on Sicily and he was seventh that year at Dom Pedro in the Portugal Masters, more quality hotel golf by the sea.

He owns a third tier win at Lumine in Spain on the Alps Tour and his second tier win in the Italian Challenge was at the Is Molas Resort in Sardinia.

Hopefully new destination Cyprus can satisfy his fondness for islands and resorts.

As with Soderberg, this is a case of returning to a player who has landed us the place spoils in recent times, in Joakim Lagergren‘s case at the Irish Open. 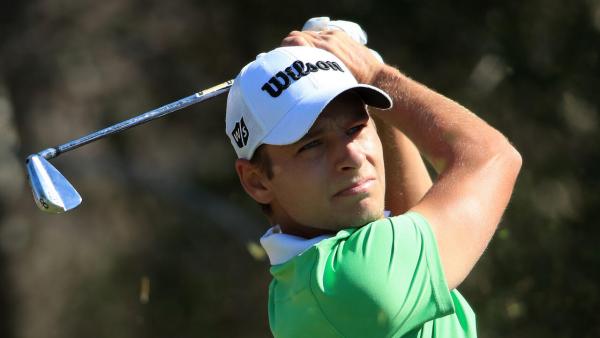 He was tied fifth at Galgorm Castle, a week after hitting a sparkling 63 to complete his account at the Portugal Masters, an effort that was notable for the free-wheeling manner in which he went for the win, seeking to go as low as possible in a bid to spook the leaders.

He followed up those efforts with T63rd in the Scottish Open, a solid enough performance in a tough week, and T32nd at Wentworth in the BMW PGA Championship.

The latter result might not immediately stand out, but it was his second-best return at Tour HQ and his first round 69 was a first sub-70 lap in 13 attempts, all of which suggests his overall form is still ticking along nicely and there could be more to come.

There are also signs that he might enjoy the challenge because that recent top five in the Portugal Masters was his third top 20 at Dom Pedro, back in 2012 he finished tied fourth at Santo da Serra, and he also has a win at the Verdura Resort in Sicily.

Auburn vs St Joseph’s Odds, Lines and Spread
21 mins ago