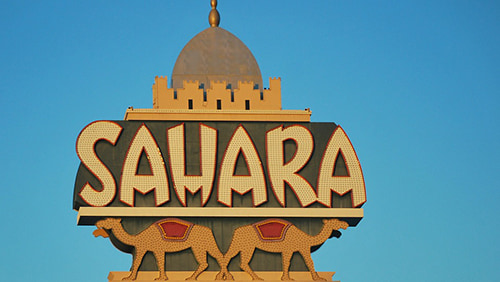 The Sahara doesn’t want anybody spreading rumors about them, ok? The casino has enough trouble right now, and the last thing it needs is for people to be talking about if they might be shutting down, Vital Vegas blog founder Scott Roeben has discovered.

Lawyers are getting involved over a just a handful of words. In a since deleted tweet from the Vital Vegas account, Roeben speculated:

That was enough for the Sahara to file claims that Roeben had misrepresented the resort in a suit filed August 6 in Clark County District Court. The company is asking for compensation in excess of $15,000 for “widespread fallout,” including employees scared that they may lose jobs, and visitors worrying their reservations may not be honored.

Roeben often spreads Las Vegas news and rumors from his blog and Twitter account, and he feels that he clearly indicated this was nothing more than a rumor.

And as the Sahara is guaranteed to be hurting from the pandemic, and facing issues with regulators over just how safe the casino may be, Roeben added that nothing he speculated should be shocking. “How is it defamation to say that a casino that’s in trouble is in trouble?” he said. “It’s an observation that any lay person can make walking into the casino, that there are no customers. From what I know, it was a horrible situation before COVID-19 and COVID has accelerated that.”

The Sahara isn’t taking any of these excuses, and slams Roeben for continuing to make a ‘baseless claim.’ They stated in a written comment:

“It is clear at this point that Mr. Roeben, through Vital Vegas, seemingly takes joy in continuing to make false claims. His conduct not only has harmed Sahara, but has caused a great deal of harm to the Vegas community, including our team members, our business, and valued guests, who have been through so much in the wake of COVID-19.”

It’s a tough case to really judge. While Roeben is right that a rumor is nothing more than a rumor, spreading it could make it come true and actively drive customers away from the Sahara. But even though Roebel doesn’t claim to be a journalist, Vital Vegas has become an important source of news for anyone hoping to visit the gambling mecca, and silencing it also wouldn’t be cool. It’ll be an interesting case to watch.

Arsenal vs Rapid Vienna, PSV vs Granada & Celtic vs AC Milan
26 mins ago