Following Tyrrell Hatton’s cruise to victory in the Abu Dhabi Championship and Paul Casey’s facile five-stroke win at the Dubai Desert Classic, the European Tour moves on to Saudi for the third and final leg of the Middle East Swing where a stellar field assembles for the third edition of the Saudi International.

As many as five of the world’s top-ten are in attendance, as well as a plethora of PGA Tour players, and one can only wonder what the attraction is.

Designed by Dave Sampson of European Golf Design and opened as recently as 2017, the Royal Greens course is grassed throughout with a Paspalum variety called Dynasty.

Described as undulating and set alongside the Red Sea, there are numerous dog-legged holes, often framed by waste areas and wadis. There are some very large bunkers in place and five holes are played alongside four different lakes. 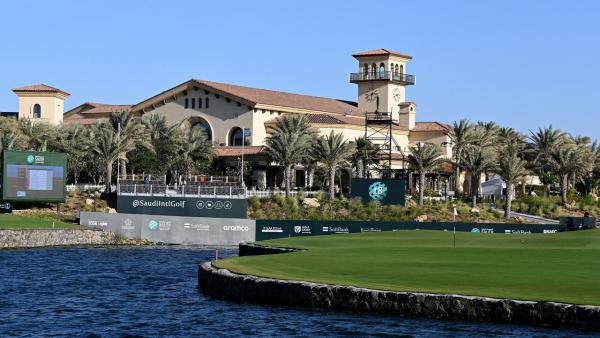 The greens have previously run at around 11 on the stimpmeter and they’re described as gently undulating.

The course is usually played as a par 72 and at a slightly shorter yardage but extra tees were built on holes two, seven, eight, 14 and 18 and the ninth and 13th were converted from par fives to fours for the inaugural event – hence the par of 70. The European Tour website has no news on any changes to the course so I’ve assumed the set-up will be the same a sit was for the first two editions.

Live on Sky Sports all four days, starting at 8:00 on Thursday

What Will it Take to Win the Saudi International?

The European Tour’s stats didn’t have any figures for the winner of the first renewal, Dustin Johnson, or the placed PGA Tour players last year, DJ again and Phil Mickelson (presumably because they aren’t European Tour members) but we know they can get it out there off the tee and big hitters have largely dominated so far. 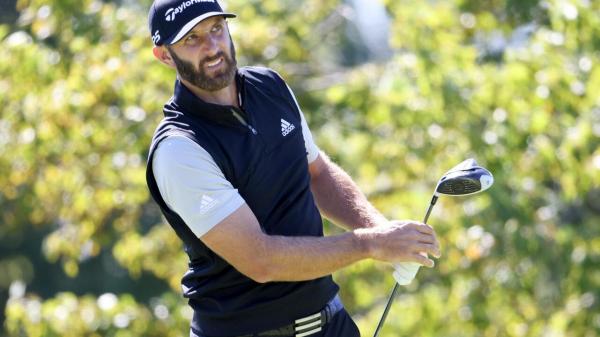 In the first edition the four players placed behind DJ ranked fourth, tenth, first and 13th for Driving Distance and the only player inside the top-ten last year to rank outside the top-20 for DD was the winner, Graeme McDowell. He only ranked 47th.

Tom Lewis was the only player in the top-five to rank inside the top-25 for Greens In Regulation (sixth) in 2019 but Thomas Pieters, who finished tied third last year was the only plyer inside the top ten to rank outside the top-12 for GIR and he only ranked 17th. Gavin Green (tied third) and Sergio Garcia (tied 6th) ranked tied first for GIR.

The best two scramblers (Thomas Detry and G-Mac) finished inside the top-six last year and the next four on the leaderboard behind DJ in 2019 ranked between third and 12th for Scrambling so that’s definitely a key stat and arguably more important than putting but given we’ve only had two renewals, getting hung up on the stats probably isn’t wise.

The course is by the coast and wind is nearly always a factor in the desert anyway. It’s been a factor in each of the first two renewals and will be again this time around, so it’s no surprise to see links form coming to the fore here.

Although he’s not long off the tee, G-Mac fitted the bill given he’s not only a great links and wind exponent, but he’d also previously won on two other courses with paspalum greens.

Some ten months prior to his success in Saudi he’d won the Corales Puntacana Resort and Club Championship on the PGA Tour and in 2015 he won the Mayakoba Golf Classic in Mexico.

Those two tournaments, along with the Puerto Rico Open, are the only three courses used on the PGA Tour with paspalum greens now.

The CIMB Classic in Malaysia, staged at the Kuala Lumpur Country Club, was a PGA Tour event up until 2018 but it’s no longer on the schedule and the greens have now been changed to Bermuda but results of that event are worth looking at, as are the results of the Malaysian Open on the European Tour up until 2015 as KL Country Club was the venue for that event also.

It’s usually crucial to be up with the pace at links venues and at most events set on desert courses and that was certainly the case here for the first two renewals.

Having won the inaugural event and having finished second when defending, Dustin Johnson is a very obvious favourite but he’s short enough at 6.411/2. I know he’s since won a Masters but he was an 11.010/1 chance when he won two years ago and he went off at 10.09/1 12 months ago. This is DJ’s second outing of the year and his first since he finished tied 11th at the Sentry Tournament of Champions in Hawaii.

Bryson DeChambeau tends to play well whenever he plays on the European Tour and he’s been well backed but he too looks too short. The world number eight missed last year’s renewal after finishing sixth in 2019 and he was second at the Puerto Rico Open back in 2017 so the paspalum greens are clearly no barrier. Like DJ, his only tournament to date in 2021 was the Sentry TOC, where he finished seveth.

Tyrrell Hatton is making his debut in the event and it will be interesting to see how he fares. He looked a bit jaded in Dubai last week after his win in Abu Dhabi but that’s not surprising. Winning back-to-back is tough.

Tony Finau’s only PGA Tour win came in the Puerto Rico Open so the paspalum won’t hinder him and he arrives here on the back of a fourth in The American Express and a second at Torrey Pines on Sunday but he’s notoriously hard to get across the line.

Viktor Hovland is another making his debut and given his two PGA Tour wins have come at the Mayakoba Golf Classic and the Puerto Rico Open, he certainly ticks the paspalum box. The big issue with Hovland, and arguably his only weakness, is his poor scrambling and given all the run-off areas here, that’s off-putting. He contended strongly again last week at Torrey Pines but he only ranked 71st for Scrambling.

Matt Wallace was a well-fancied 25/1 shot in Dubai last week so his 57th placed finish was disappointing but totally understandable. The greens were in a poor state last week and he hated them. Having had Putting Average rankings of fourth, third, 23rd and eighth in his four previous starts, Wallace ranked 68th last week. All his other stats were still pretty good and I’m happy to chance him at 80.079/1 given how well he played in Abu Dhabi the week before.

Bernd Wiesberger caught the eye last week when he finished tied for sixth after a very slow start. He’s missed the cut here the last two years but there’s absolutely no reason to think the venue shouldn’t suit him. He’s a Scottish Open winner, a fine wind player and he has a fabulous record on paspalum tracks. In addition to finishing second in the Maybank Open twice, he’s also won the Indonesian Open at Royal Jakarta. I thought 85.084/1 was fair for such a prolific winner. 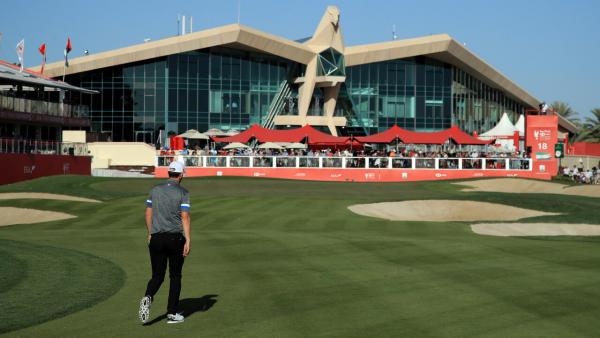 Rider vs Canisius Odds, Lines, and Spread
53 mins ago

Fulham were the big winners this weekend
2 hours ago