The Tampa Bay Lightning won the Stanley Cup last year, but who will hoist Lord Stanley this year? (Photo by Andrew Bershaw/Icon Sportswire)

The 2021 NHL Playoffs are finally here. Now, I know filling out a bracket can be overwhelming, especially with a shortened season and 16 different teams to choose from, but we are here to help. Our SBD experts filled out their brackets for the entire playoffs and also provided you with their best bets to hoist the 2021 Stanley Cup.

The favorite heading in the Stanley Cup odds heading into the playoffs are the Colorado Avalanche. The Avs are listed at +450 to win Lord Stanley and were the favorites back in September when odds opened up for the season.

Apart from their Stanley Cup picks, you can get a full look at each expert’s bracket below: 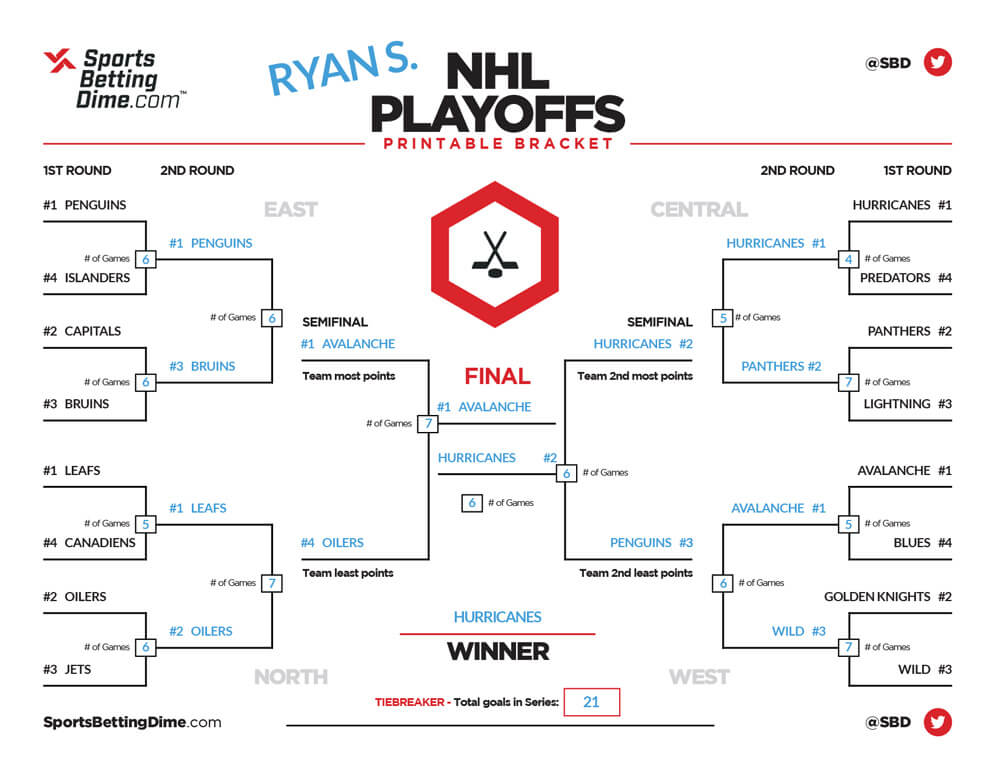 Despite constant roadblocks, the Hurricanes consistently showed this year they can compete with the best. They beat the Lightning four times on their way to their first division title since 2005-2006. That 05-06 Stanley Cup winning team was led by former Hurricanes captain, and now head coach, Rob Brind’Amour. Coincidence? I think not.

The #LetsGoCanes are the 2021 Central Division winners! pic.twitter.com/WQAUH2mrQ8

The Canes head into the playoffs with the second-best power play unit. Not to mention, they have the fifth-best Corsi % in the league and have buried teams with their constant pressure and resiliency. Sebastian Aho has tasted defeat in the playoffs twice in his early career, and he’s already sick of it.

Carolina faces Nashville in the first round, a team they have beat six out of eight times this season. I think they take care of the Preds no problem, and then their real test will come against the Lightning or Panthers. Deep playoff runs are a staple in Carolina when they make the playoffs (Conference Finals in 02, 06, 09, 19).

If Alex Nedeljkovic can play anywhere near the level he has this season they will make a competitive run for the 2021 Stanley Cup. At +750, I think they still offer tons of value. Lock it in. 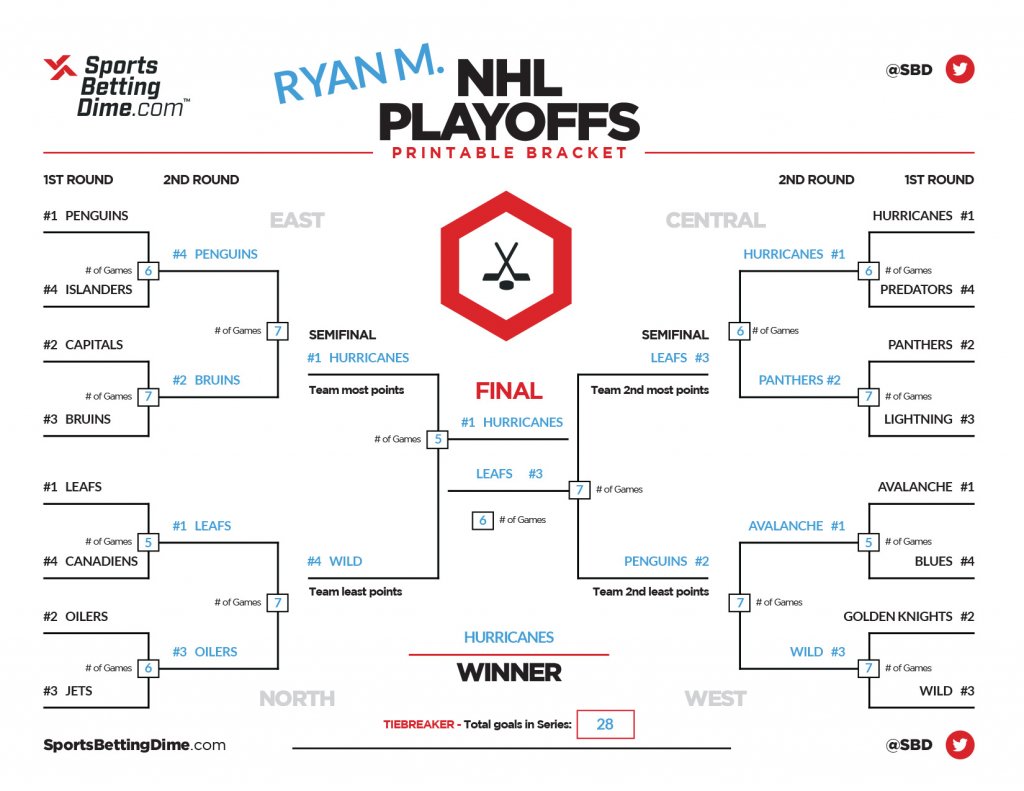 The Hurricanes were 6-2-0-0 against their first round opponents the Nashville Predators, with those two losses coming in the Canes’ final two games of the season, once they had already locked up the division.

Whether it’s Tampa or Florida who they face in the second round (I’m picking the Panthers), they’ve had success against both as well at 4-3-0-1 and 6-0-0-2 respectively.

The Canes have three strong goaltenders in Nedeljkovic (1.90 GAA), Mrazek (2.06) and Reimer (2.66). Both Nedeljkovic and Reimer each won over 20 games this season.

I may be from Toronto and may be picking the Leafs to make the final, but I’ve lived through way too many years (decades) of failure to expect them to get the job done. I’ll take the more battled-tested Canes to prevail over the Leafs in the Stanley Cup Final. 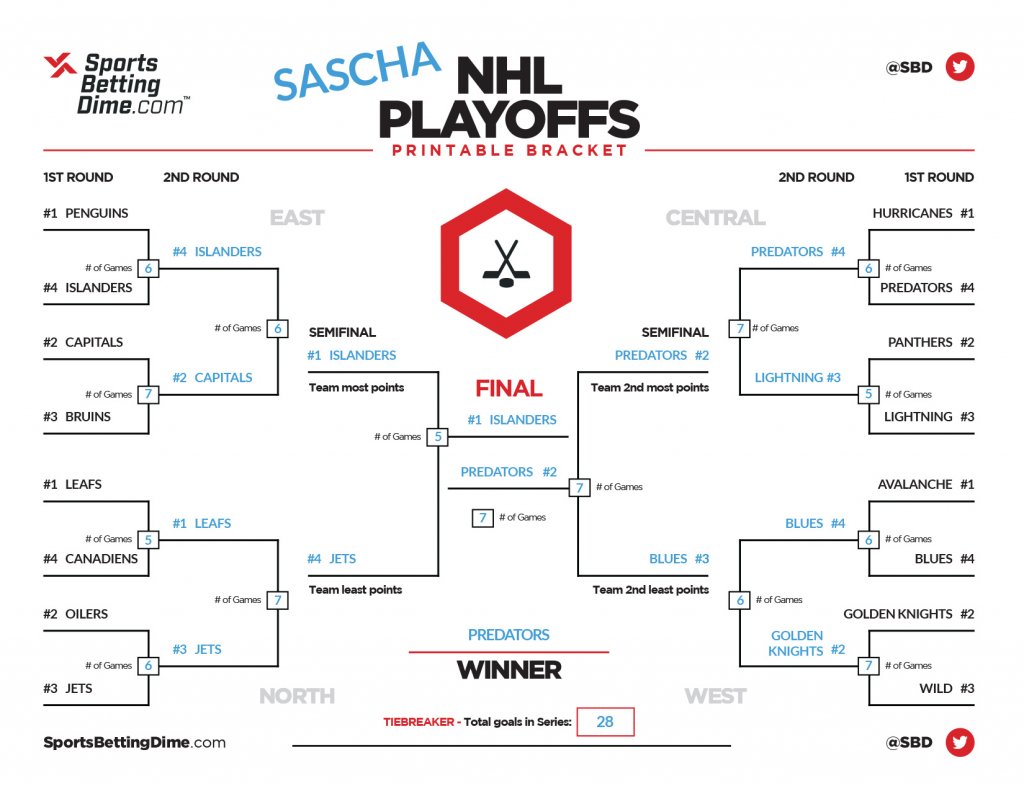 Nashville is listed at +4000, the longest odds in the field, and that is completely insane.

The Preds have positive Fenwick and High-Danger-Chances ratios. They enter the postseason red-hot, going 20-8 (including OT and shootouts) since March 15, and 12 of those wins were by at least two goals. Juuse Saros has become a legitimate top-ten starting goalie. They lost six in a row against Carolina – their first-round opponent – from Jan 18th to April 17th, but dominated the final two matchups last week.

Juuse Saros is in the midst of his first career 20-win season and backstopped the @PredsNHL to a playoff berth on Saturday.#NHLStats: https://t.co/MEADo2g3JT pic.twitter.com/qfMSKvoFed

Are the Predators likely to win the Cup? No, not by my calculations. Do they deserve to have shorter odds than this? Yes. Even if they only have a 40% chance to win each of their four potential series, they are still a good value play at +4000. 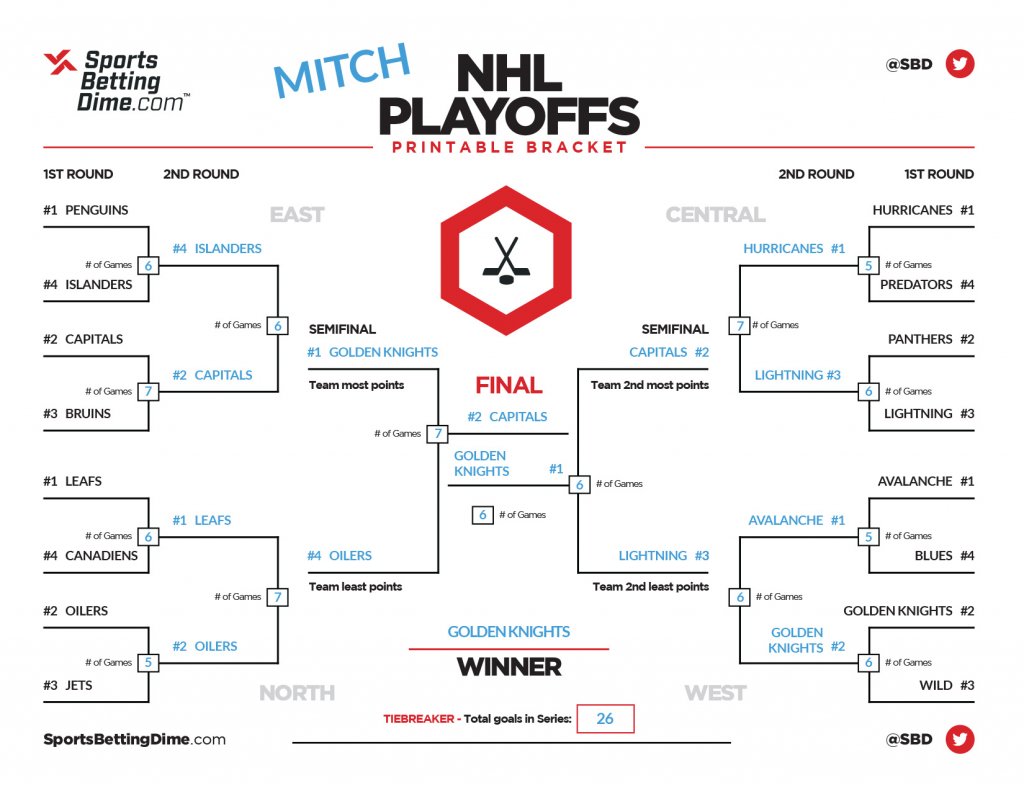 Having watched about five minutes of NHL hockey this season, I’m going to take a stab with the Golden Knights to capture their first Stanley Cup. Although offense seems to be the key winning it all as of late, I’m buying into the Jennings award winning Vegas squad to become the eighth team in the past forty seasons to walk away with the Cup at season’s end.

With five years of sports journalism under his belt already, Ryan Sura may be young, but he is already making his mark. He has written for publications such as Fantasy Pros, SB Nation and TSN.ca, covering NFL, NBA, and college sports.

With five years of sports journalism under his belt already, Ryan Sura may be young, but he is already making his mark. He has written for publications such as Fantasy Pros, SB Nation and TSN.ca, covering NFL, NBA, and college sports.