England missed the chance to secure their place in the Round of 16 after being held to a goalless draw by Scotland at Wembley. It was a missed opportunity for Gareth Southgate’s side but one that should not stop the Three Lions from qualifying from Group D.

There is an argument that by finishing second in the group, England’s first knockout game might be against an ‘easier’ opponent than if they top the group. If the group ended the way it is now, England would play Slovakia while the Czech Republic would face France in the Round of 16.

A lack of goals is becoming a concern with three in their last four matches and the spotlight is shining brightly on skipper Harry Kane. A blank against the Scots was his seventh World Cup or Euros finals match without a goal from open play. Something does not seem right with Kane, who is contemplating a transfer away from Tottenham.

Harry Kane had 10 touches in the first half against Scotland, the fewest of any player on the pitch

Based on his two performances at Euro 2020, few clubs will be clambering for Kane’s signature, but his club performances are a different story. Kane was the leading scorer at the 2018 World Cup, but with three chances in 156 minutes of play and just six touches in the opposition’s penalty box, his current form is a concern.

Kane’s odds of winning the Golden Boot have drifted from 5/1 pre-tournament to 16/1 on the sportsbook. England’s chances of winning the tournament have taken a knock and they can now be backed 9.417/2 after starting the day 8.07/1 on the exchange.

If England are to contest the final at Wembley on July 11, Kane, who has yet to finish a game at Euro 2020, has to step his game up or they will risk being eliminated at the Round of 16 which is priced at 11/8. To reach the final the Three Lions can be backed at 4.77/2.

England face the tournament’s leading scorer in their final group game on Tuesday. Patrik Schick scored his third goal from the penalty spot in the Czech Republic’s 1-1 draw with Croatia. Schick is 13.5 to win the Golden Boot.

Scotland kept alive their hopes of making history by qualifying from a group stage at the 11th time of asking by holding England to a 0-0 draw. Led brilliantly by skipper Andy Robertson, their performance against the home side was heroic and sent the 3,000 Scots in attendance boogieing all night long. 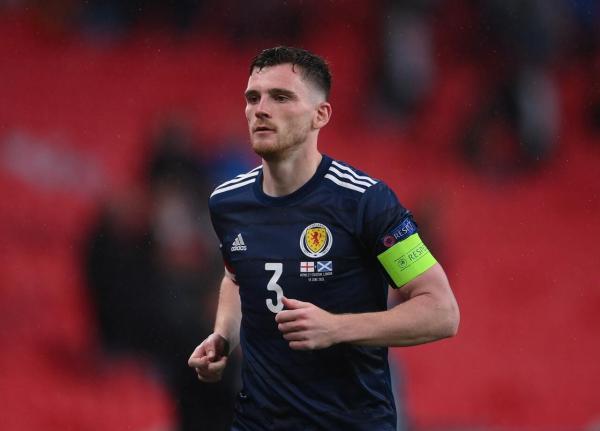 Steve Clarke deserves a lot of credit for the way he set his Scotland team up. Handing a first start to Billy Gilmour was a gutsy call and Chelsea’s young midfielder repaid the trust shown in him by his boss. And playing two up front was brave and fortune certainly favoured the brave at Wembley.

For their third time in the Euros, the Scots have failed to score in their opening two matches, but the good news for the Tartan Army is that they have scored in their final group games in 1992 and 1996. And they will need to score against Croatia and win otherwise their tournament will have a familiar ending. 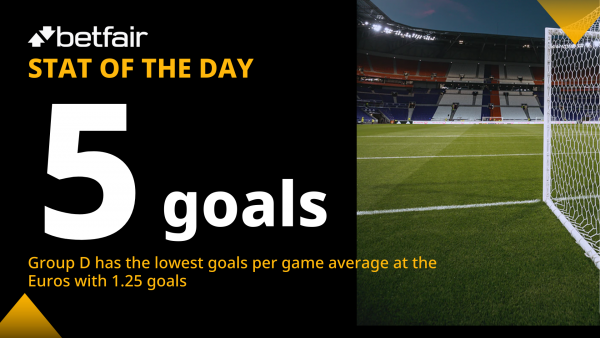 This is the second time Scotland have a point after two matches in the Euros and with confidence sky high, Clarke’s side will look to defy their odds of 13/5 to qualify from Group D. But the efforts exerted at Wembley may take its toll on Tuesday; they are 4.67/2 to lay. Scotland are 2/1 to beat Croatia who are 23/20 to win.

Favourites tag not holding France back

Entering a tournament with the favourites tag hanging around a team’s neck can weight them down. But France seem to have embraced that and they prospered in their opening match win over Germany. The game finished 1-0, but in truth, the gap between the two sides was much greater.

France have won their last five matches without conceding a goal

A contest with Hungary before ending their group games against Portugal offers France a glorious chance to secure qualification with a game to spare. Didier Deshamps’ side will put in a professional performance to ensure their summer goals are fulfilled.

Kylian Mbappe had a goal wiped out on Tuesday night, but his overall performance was frightening. The speed he showed chasing the ball behind the German defence will have given nightmares to the Hungarians tasked with closing him down.

It’s difficult to keep a good player down. Mbappe is no longer a good player, but a great player. He will make his mark on the tournament sooner rather than later and this could be the game where he opens his account. The 22-year-old can be backed at 4.57/2 to score the first goal against Hungary.

Finding a bet involving France that offers good value is not easy, so doubling up might be the best option. Mbappe to be the leading scorer and France to win the Euros can be backed at 18.017/1 while strike partner Karim Benzema is 34.033/1 for the same bet.

European football expert Andy Brassell has his say on Group F’s big game on Saturday, a game in which Germany must avoid defeat if they are to avoid becoming in huge danger of group-stage elimination: 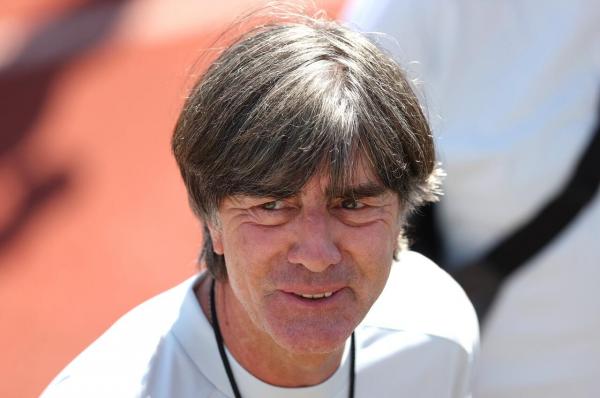 “This is a familiar confrontation, but in an unfamiliar context. Portugal fans would have been forgiven for a gulp of trepidation when the draw was originally made. Their side has a dreadful recent record against Germany in major tournaments, incorporating a Euro 2008 quarter-final loss, an opening day defeat four years later and a hammering in the 2014 World Cup in Salvador which set the tone for a miserable stay in Brazil.

“This time, the boot could be on the other foot. The onus is on Germany to attack, not just as the home side in Munich but after the opening loss to France which, while being a far from irredeemable performance, saw Jogi Löw’s men create very little in the way of genuine goal threat. The fear must be, against a team set up to smother by Fernando Santos (who employed two defensive midfielders against Hungary), that they will again have difficulties in opening up their opponents.

“Quite simply, Portugal have a full handle on their identity despite the introduction of some great attacking talent in the last few years, with the second half display in Hungary in Budapest considered well below par by many but having strong shades of their successful circumspection from Euro 2016. 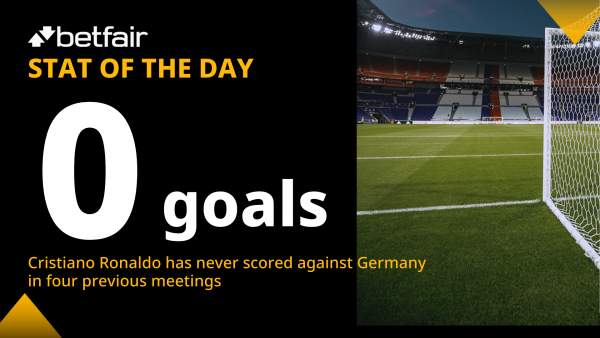 “With Cristiano Ronaldo and company able to make the most out of relatively few chances on the home strait on Tuesday, they could spell trouble for Germany, who are rarely to be trusted at the back and were the beneficiaries of a couple of very tight offside calls against France.”

Spain need to be more direct against Poland

Spain made their intentions clear that they are determined to pass their way to glory this summer. Luis Enrique’s contenders had 75 per cent possession in their goalless draw with Sweden, but failed to find the back of the net.

Spain passed the ball 954 times in their first game which was more than the Czech Republic, Hungary and Sweden combined in their opening matches

It’s all very well racking up close to a thousand passes, but if the game isn’t won, was it worth it? Sometimes you need a plan ‘B’ and go direct in order to get the opening goal. After that, with a goal to defend, then pass all you like, but get the first goal first.

Spain will have expected to be leading the group after game one, but their goalless draw with Sweden leaves them three points behind Sweden and two behind Slovakia. Victory over a Poland side that is struggling to score goals, should be achievable. Alvaro Morata led the line against Sweden and looked like a player low on confidence with no goals in his last four internationals.

The Juventus frontman was 20/1 before the tournament started to be the leading scorer in Euro 2020, but after his lacklustre display he can be backed at 55.054/1. There is still time for Alvaro to be this summer’s biggest hit and he is 13/5 to be Spain’s leading scorer.

Sweden’s 1-0 win over Slovakia puts a bit of pressure on the Spaniards to top the group, which is still well within their capabilities. Spain can be backed at 1.4640/85 to win Group E while Slovakia are 2.01/1 to qualify as winners.