Senior can get himself in the mix

An unusual but straightforward mixed tournament for the field this week, with 78 players from the European Tour, another 78 from the Ladies European Tour and just the one leaderboard – a potentially interesting dynamic inspired by two Swedish legends, Annika Sorenstam and Henrik Stenson.

Meanwhile, mixed messages on the course, with a Swedish track that has aimed for a very Scottish feel. Indeed, the websites of Vallda G&CC in Kungsbacka even claims it is, “a piece of Scotland”.

It adds that we can expect a “characteristic heath course” with “dry, hard playing surfaces”.

Architect Martin Hawtree is a respected tweaker of big name layouts, renovating the likes of Royal Birkdale, Portmarnock, Lahinch and Royal Melbourne. He therefore knows and understands classic courses, and on this occasion he was granted the opportunity to not just meddle with a traditional test, but create it from scratch.

I’m always a little wary of these projects, but am willing to grant this one some leeway. I’m also a little spoiled because I actually played a great example of the genre, Walton Heath, last week, a factor that was purely coincidental but it did remind me that the skillset required is distinct: approaches will run for a long, long time and quality lag putting is essential.

Photographs of Vallda do suggest some similarity with heathland, while also making it clear that this is very clearly a new course; JCBs can never quite create the rumpled looks and distinct playing surface that nature spent millions of years crafting.

That Highland track witnessed a Brooks Koepka victory in 2013 and, within days he also qualified for the Open at Sunningdale, saying that the Scottish warm-up had been ideal prep for one of the greatest heathland venues of all (Sam Walker won in Spey then Open qualified at Sunningdale 12 months earlier).

He is also yet another expert at Open Qualifying, although in his case via seaside courses – but that does reiterate that running golf is his thing, as you might expect of a Lytham Trophy winner in his amateur days.

He finished a neat T18th last week in Germany (with his second-best Strokes Gained Approach and Putting stats of the year) and there is a final clinching factor I quite like: he seems to enjoy playing mixed events.

Back in 2019 he was tied fourth in the Jordan Mixed Open (which featured the Challenge Tour, the LET and the European Senior Tour) and later that season he won the ISPS HANDA Invitational (which was Challenge Tour plus an unsanctioned women’s field that was effectively LET).

I’d be quite keen on Matthew Southgate’s chances this week. He was in chipper mood despite being edged out of a first win last week and he loves an old-fashioned examination.

It’s well-known that he thrives on the linksland, but he’s also won low level minor tour events on the Surrey heathland.

However, the fact he likes running golf has flagged him up and I can’t bite at low prices for a fellow still seeking a first win.

Instead, I’ll take another south-east based Englishman, Steven Brown.

He plays his golf out of Wentworth, but will have played plenty of amateur (and friendly) golf out and about the county, plus next door Berkshire and Hampshire, all of them boasting great heathland golf.

That experience has revealed itself when, for example, he was tied fifth at Spey Valley, T16th at Walton Heath and even when losing a play-off at Silkeborg Ry.

I also like that he finished fifth at Hanbury Manor, which is a modern track but has some visual similarity (long meadow grass) with this week, and fourth at Royal Waterloo (more similarity in looks and also a Hawtree design, albeit a Fred original with Martin’s changes coming later).

He didn’t enjoy Green Eagle last week, but there was a bit of promise the week before in Denmark (T24th after 54 holes, eventually finishing T40th).

It’s in him to enjoy his return to Scandinavia. 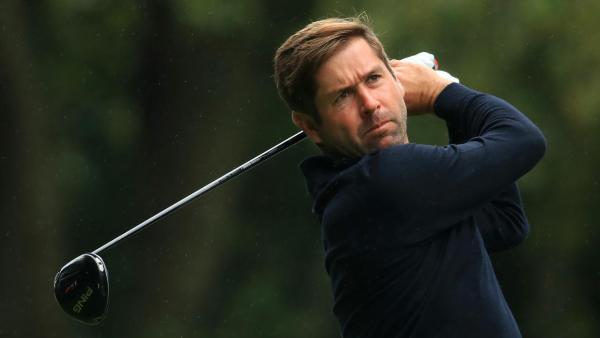 Journalist Mark Townsend gets Rock chatting on a subject and the result is unrushed, insightful, and reveals his passion for the sport.

A few weeks ago he wrote about the renovation work he’s been doing at Sutton Coldfield GC and he kicked it off with the words: “One reason I prefer heathland courses over other styles is… “

He went on to talk about Sunningdale and Walton Heath and, while he won’t face an exact replica of those conditions this week, he will have certain parts of his brain fired in the right direction.

It’s also true that he’ll have a certain comfort factor being around the LET because he coaches a few of the players.

His form is not the greatest, but I’ve always been content to back an out-for-form links specialist when he or she returns to the seaside because the different dynamic gives the head a nice jolt and they visualise shots instead of seeking a perfect swing; Heathland golf has a similar quality.

It’s also true that two of his last four top five finishes on Tour came on linksland, when holding 54 hole leads at the Renaissance Club last October and Lahinch in 2019, and a third of them were in Sweden.