Having ended the first round tied for the lead with Harris English, defending champion, Justin Thomas, was matched at just 2.265/4 after he’d played his first nine holes of round two in four under-par at the Sentry Tournament of Champions yesterday. The world number three looked like he might assume command but a scruffy level par back-nine has left us with an extremely open affair to assess. Here’s the halfway leaderboard with prices to back at 13:40.

With no wind to speak of, so easily did the Plantation Course play yesterday that the opening hole was the only one to average over-par so Thomas’ level-par back-nine was an unexpectedly pedestrian stretch of play.

Along with Daniel Berger, two of my three pre-event picks, Dustin Johnson and Collin Morikawa, hit the low rounds of the day – eight-under-par 65s – and that’s put both back in-the-mix. Morikawa is now tied for second and two off the lead and DJ is tied 10th and only four back.

History tells us that this is a very hard course at which to play catch up so DJ still has plenty to do and English looks a fair price given he leads by two.

Sergio Garcia in 2002 and Stuart Appleby three years later both won from seven adrift at halfway and Xander Schauffele trailed by five two years ago but every other winner here (since 1999) has been within four strokes of the lead through 36 holes and benign weather makes coming from off the pace harder.

Given it’s so open and that all three of my pre-event picks are in-contention (Patrick Reed trails by three) I’m going to leave things alone and see what today brings. Although tempted by English, it’s seven years since he won and on the last two occasions that he’s held a clear lead at halfway he’s been beaten. He finished second at the 2015 Farmers Insurance Open, having led by two at halfway, and he finished fifth at the 2019 Mayakoba Golf Classic having led by a stroke.

The first round of the Sentry Tournament of Champions is all done and dusted and the defending champion, Justin Thomas, is back in front. Here’s the 18- hole leaderboard with prices to back at 11:40.

Playing in the final two-ball, Justin Thomas stood on the 13th tee on five-under-par for the round, just two strokes better than his playing partner, Dustin Johnson, but the world number one looked certain to close the gap or even draw level after their respective drives.

Thomas hit an awful tee-shot into the right rough and it was odds-on a lost ball but with seconds to spare, DJ’s brother and caddie, Austin, stood on Thomas’ ball and it proved to be a highly pivotal moment.

Thomas chipped out backwards on to the fairway before saving par from 37 feet and DJ missed his birdie attempt from close range. DJ then drove into the hazard on 14 before making a bogey five, as Thomas rolled in a birdie to get to -6. And the gap just widened further after that.

DJ’s putting wasn’t great, and he ended the day on -2, fully six off the lead. And that looks like too much of a deficit given the weather forecast…

The Plantation Course isn’t a tough track in benign conditions and the scoring is going to be low over the next three days, making it really difficult for anyone to make up ground.

As highlighted in the In-Play Tactics section of the preview, excluding Schauffele’s victory two years ago, since Stuart Appleby won from off the pace in windy conditions in 2005, 13 of the 14 winners had been inside the top five places and within two of the lead after round one and the odd man out, Geoff Ogilvy in 2010, was only three off the lead.

Although DJ was a big disappointment, pre-tournament pick, Patrick Reed, finished birdie-eagle to get within touching distance and I’ve added Sergio Garcia this morning at 40.039/1. 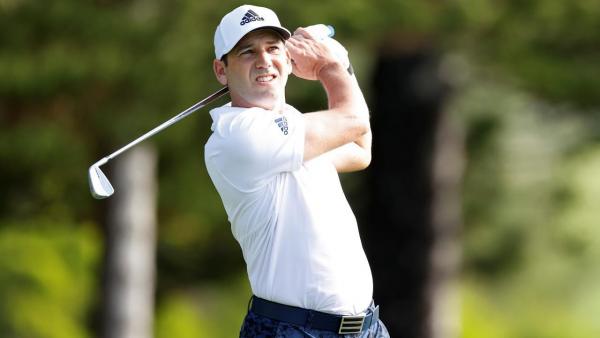 Given the stats here, and the prospect of three relatively benign days ahead, we need to be concentrating on the leaders and Sergio looks over-priced given he’s a former winner and that he started slowly yesterday, bogeying both the opening hole and the par four third. He recovered nicely after that, despite not finding as many greens in regulation as he’d have liked so if he can get his irons dialled in a little better, he could very easily be there or thereabouts come Sunday.

Chiefs Given -186 Odds to Win Super Bowl 55, Buccaneers Listed at +156 After Conference Championships
38 mins ago