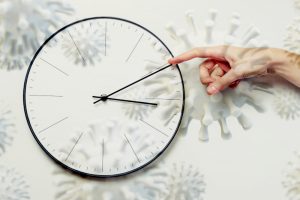 The Covid-19 pandemic will inevitably delay the planned expansion of Singapore’s two casino resorts, the Chief Executive of the city-state’s Tourism Board, Keith Tan, said in a recent interview.

Mr. Tan said that delays are inevitable “because of the circuit breaker we have experienced earlier” and the overall slowdown in construction activity in Singapore. The tourism official further pointed out that the city-state’s construction sector is facing many challenges with workers and workforce that are too stemming from the world health panic to have gripped the world in many years.

In his recent interview with Bloomberg Television, Mr. Tan noted that the operators of Singapore’s two casino resorts “have not indicated any slippage of their investment commitments” in the city-state, despite the turbulences caused by the Covid-19 pandemic.

The government of Singapore last year extended the two operators’ casino duopoly through 2030. In exchange, each committed to investing S$4.5 billion (approx. $3.3 billion) in expanding and upgrading their properties.

Domestic Tourism Not Enough to Fill Gap Opened by Coronavirus

In his recent comments, Mr. Tan said that the city-state’s recently launched campaign to encourage domestic tourism would not be enough to “fill the hole” that the absence of international visits has left this year in the face of the pandemic.

International visitors spent more than S$27 billion last year. However, that figure has dropped significantly in 2020 as the number of international arrivals plunged 65.7% year-on-year to 2.66 million during the first five months of the year.

The Singapore Tourism Board’s Chief said that they have been making efforts to ensure that when international tourists come back to Singapore, special attention would be paid to smaller tour groups as well as high-value customers.

The expansion of the city-state’s two casino resorts would be one of the initiatives that would be hoped to improve metrics when tourism actually resumes.

Genting Singapore said last year that it would implement its Resorts World Sentosa expansion plan in phases, launching new experiences every year from 2020 through 2025. In June, the company said that there would likely be delays in its timetable for the expansion of its Singapore-based property, yet it reaffirmed its commitment to the project.

Late last month, the CEO and Chairman of Las Vegas Sands, billionaire businessman Sheldon Adelson, said that the expansion of Marina Bay Sands would still happen, but might face certain delays that are “principally related to the impact of the pandemic.”

No appeal from Oklahoma Governor Kevin Stitt
3 mins ago