Singapore Looks to Tighten Due Diligence Procedures at Casinos 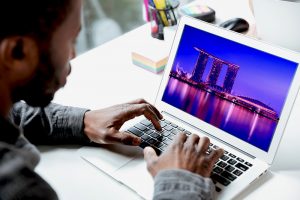 Singapore mulls tighter due diligence processes for casino patrons in a bid to prevent its gambling facilities from being used to mask money laundering and for financing terrorism.

The Singapore Casino Regulatory Authority has previously asked the city-state’s two licensed casino operators to set a threshold for the transactions that are subject to due diligence at S$5,000 (approx. $3,500).

According to the local casino regulator, Singapore’s current thresholds are higher than the global standard of $3,000 outlined by the Financial Action Task Force.

The Casino Regulatory Authority said in a note to Bloomberg that Singapore’s Ministry of Home Affairs and the city-state’s casino regulator are reviewing the legislative thresholds set in the Casino Control Act and are discussing the possibility to lower these thresholds even further so they fully comply with global standards.

Singapore legalized casino gambling in the mid-2000s and saw its two authorized casinos open doors in early 2010. Resorts World Sentosa and Marina Bay Sands have maintained their duopoly over casino gambling over the past decade and last year secured extension of that duopoly.

In exchange for the extension of their casino licenses in Singapore through 2030, gaming and hospitality companies Genting Group and Las Vegas Sands pledged to invested a combined S$9 billion in additional entertainment projects at their existing integrated resorts in the city-state.

News about Singapore considering tightening its casino due diligence processes emerge after Bloomberg reported last week that the U.S. Department of the Interior is probing Marina Bays Sands over its anti-money laundering controls.

In January, the Interior Department issued a grand jury subpoena to a former compliance chief at the integrated resort seeking documents and other information indicating “money laundering facilitation” and any other form of abuse of internal financial rules and controls.

The probe also aims to uncover potential violations related to the use of casino junket operators or third-party lending using casino credit as well as potential retaliation against whistleblowers.

According to Maybank analyst Samuel Yin Shao Yang, the ongoing investigation could benefit Marina Bay Sands’ domestic rival, Resorts World Sentosa, and the latter property could experience considerable increase of its VIP market share in Singapore as “VIPs tend to avoid casinos which are under investigation.”

In a report published by the Financial Action Task Force last November, the global financial watchdog said that Singapore had inadequate casino customer due diligence requirements and that “moderate shortcomings are still affecting” the casino gaming sector. The report did not cite particular companies.

Singapore’s casinos have been closed since April 7 to help curb the advance of Covid-19 around the city-state. While some businesses were allowed to reopen earlier this month, it is still unknown when casinos will be allowed to resume operations.