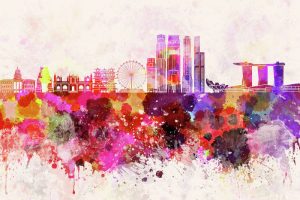 Police in Singapore arrested on Monday 36 people suspected to be part of an organized crime group involved in the provision of illegal online gambling services on the territory of the city-state.

The suspects were all arrested during a massive citywide operation carried out by the local Criminal Investigation Department, the Police Intelligence Department, and the Special Operations Command.

Police nabbed 33 men and three women aged between 22 and 77 during the Monday operation. They were all believed to be part of a larger organized crime gang involved in the provision of illegal online 4D, Toto, horse race betting and football betting services.

Singapore’s Remote Gambling Act 2014 prohibits all forms of online gambling, including sports betting and online casino games, that are offered by offshore operators. Under the city-state’s gambling regulations, Singapore Pools is the only entity that is authorized to offer 4D and Toto products and to take bets on horse races and different sports.

Aside from the 36 arrested individuals during its Monday operation, police also seized cash amounting to more than S$400,000, watches, mobile phones, computers and other equipment, as well as betting records at multiple locations around Singapore.

Police have also frozen the bank accounts and properties of the arrested suspects to prevent the dissipation of the proceeds of their alleged crimes.

Nearly Half of Suspects Charged in Court

On Tuesday, 15 of the arrested individuals were charged in court for providing illegal online gambling services under Section 9(1)(a) of the Remote Gambling Act.

The arrested suspects could additionally be fined up to S$100,000, jailed for up to five years, or both for their participation in an organized crime gang.

Commenting on their recent operation, Florence Chua, Director of Singapore’s Criminal Investigation Department, stated that “the police have zero tolerance for organized crime groups as they pose a serious threat to Singapore’s safety and security.” She added that the police “will spare no effort in our enforcement actions against such groups to deprive them of their ill-gotten gains and to keep Singapore safe and secure.”

Singapore is looking to tighten the regulation of gambling with the planned introduction of a new regulatory body by 2021. The new regulator, the Gambling Regulatory Authority, will be tasked with overseeing all gambling activities conducted on the territory of the city-state, including its two casino resorts – Marina Bay Sands and Resorts World Sentosa.