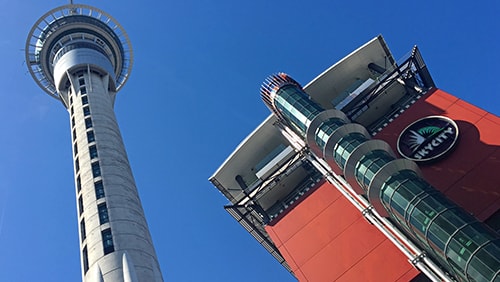 was happy when it started to reopen its casinos in New Zealand in May. Believing the coronavirus debacle could effectively be in the rear-view mirror, the casino operator, as well as many others, breathed a sigh of relief that a mandated shutdown didn’t last longer. SkyCity Auckland and other properties owned by the company in New Zealand and Australia could start to get back on track and return to business as normal. While it was undoubtedly fun while it lasted, a sudden reappearance of COVID-19 forced SkyCity to shutter its casino operations again last week, supposedly just for three days. However, the party’s definitely over, as one of the gambling venues will need to remain closed a little longer.

The other properties, SkyCity Hamilton and SkyCity Queenstown are able to remain open because they fall under the country’s Alert Level 2 plan. The company’s Australia-based casino, SkyCity Adelaide, is also open, operating under similar restrictions as those venues covered by New Zealand’s Alert Level 2. As long as everyone adheres to the government’s policies on social distancing and health protection, there shouldn’t be any problems. Hotels at all facilities, including SkyCity Auckland, are still open for existing guests, but it isn’t clear if they are accepting new reservations.

New Zealand appeared to be one of the healthier countries during the global pandemic, leading to what had been seen as a quicker rebound and a return to something resembling normal activity. Unfortunately, after having gone 100 days with no new coronavirus cases, one appeared, then another and another, until there were suddenly 78 new COVID-19 patients. In many instances, tracing the origin of a new cluster of infections can be accomplished with relative ease by health experts. However, in this latest outbreak, a family of four in New Zealand became infected, and no one has yet been able to identify how the virus was transmitted.

SkyCity has already laid off almost 1,000 employees as a result of its two-month COVID-19-induced shutdown. While it was able to recover some of its losses over the past two months since reopening, the new suspension in activities will be a small slip backward.