If the September international window was a calm introduction to the Republic of Ireland job for Stephen Kenny, Slovakia on Thursday promises to be a storm.

Even though it’s another closed doors game, the implications are such that it should have the intensity of a cup semi-final which is effectively what it is. Slovakia and Ireland meet in the hope of keeping their Euro 2020 hopes alive with the winner travelling to take on Bosnia or Northern Ireland in the League B playoff shootout in November.

There’s no second chance here. The winner will be decided on the night, so extra time and penalties could be a feature of this showdown. In fact, the concept of using the Nations League system to shape Euro playoffs means we should see a number of games go the distance seeing as sides are meant to be quite evenly matched.

This is a tricky encounter to call because the form guide is complicated by the passing of time and the Covid factor. It’s October 2020 and this is a fixture that was supposed to take place in March 2020 on the strength of results across 2018 and 2019.

Slovakia’s September was a bit of a write off in the sense that travel restrictions ruled out Chinese based star man Marek Hamsik and they were also down a number of regulars for an underwhelming defeat to the Czech Republic and then a draw in Israel.

Napoli midfielder Stanislav Lobotka needed permission to leave a quarantine situation in Italy to join up with Pavel Hapal’s squad and reunite with Hamsik and Juraj Kucka in a midfield three that Kenny views as Slovakia’s main strength. It’s been a while since they enjoyed each other’s company. 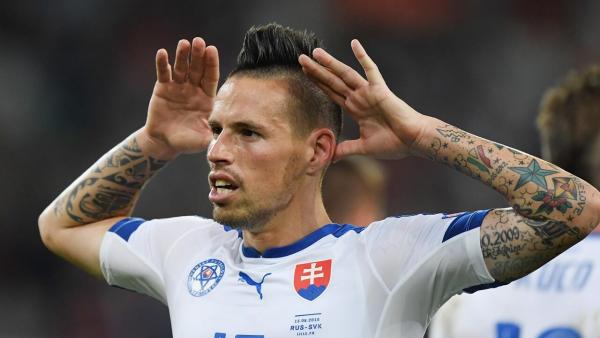 Meanwhile, Ireland must be hard to read for the Slovaks with a new manager promising a fresh philosophy and experimenting with options in a draw in Bulgaria and a home loss to Finland where fatigue was a factor. He has stressed that his approach is ‘unlikely to be cautious’ and the loss of Seamus Coleman to injury has ruled out an angle where he can recall a tried and trusted player having gone for Matt Doherty last month.

Kenny does have experience of tense knockout ties from club management, including in 2016 when his Dundalk side went to extra time in Warsaw where they pushed Legia all the way for a place in the Champions League.

There is much greater expectation on his shoulders this time, and the Irish strategy will be analysed to death if it goes wrong.

What do we expect from Ireland? Kenny has indicated he will go with a version of a 4-3-3 but the shape of his midfield will tell a tale. For the away game in Sofia, James McCarthy was the deep lying number six with Jeff Hendrick and Conor Hourihane either side behind a front three.

Alternative option Harry Arter is out and Robbie Brady – a player Kenny rates – hasn’t really played too much for Burnley over the past month. 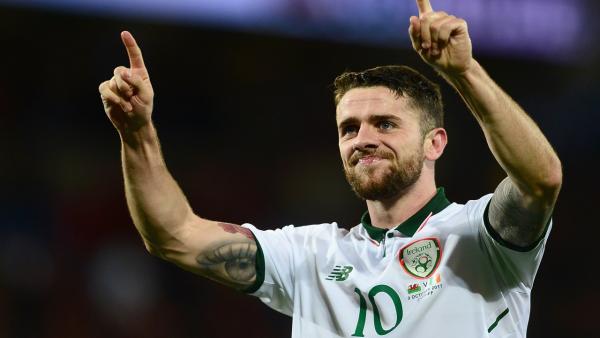 A notable point is that David McGoldrick is available again and the talented Sheffield United attacker should take over from rookie Adam Idah in a central striking brief. Aaron Connolly and either Callum O’Dowda or Callum Robinson are poised to operate on the right of a front three but Ireland will need to be alert to Slovakia’s comfort in possession and avoid a situation where they are overrun. Kenny’s belief is that his team should be trying to control the tempo but that is very much dependent on his midfield three gaining a grip on proceedings.

It helps that McCarthy is coming off a run of games at Crystal Palace, Hendrick has gone straight into the Newcastle side, and Hourihane has been reasonably active at Aston Villa. Robinson, Connolly and McGoldrick have all been on target for their clubs in recent weeks and there really is no excuse as regards form and fitness for the guests.

By contrast, Hamsik has been inactive, first choice Slovak centre half Denis Vavro hasn’t kicked a ball for his club this term, and keeper Martin Dubravka is injured.

Given both these sides had identical points and goal difference records in their qualifying groups last term, there’s ample reason to form the conclusion that Slovakia are underpriced as the favourites have endured a more troubled preparation and will not have the benefit of spectators to roar them on at home.

As a prospective host nation next summer, Ireland’s year has been built up towards this moment and it’s difficult to see them folding in regulation time, much as they are a work in progress that cannot be backed to prevail with certainty. Laying Slovakia at [2.78] or shorter is a recommended play.

In the other markets, there are obvious angles related to the feeling about how the game will go. This should be a low scoring affair and the odds are reflecting that at this juncture. With five subs permitted and VAR in use for the first time at this level, there’s always a danger things may open up later on from an in-running perspective. We can probably expect a penalty shout or two as well.

Indeed, the 5/1 on Sportsbook about either side winning in extra time does appeal, but for something different at a price then the 9/1 about McGoldrick in the Last Goalscorer market might be a fun bet seeing as the first choice attacker really should be involved for a good portion of the 90 minutes barring a setback.