Smaller casinos in the spotlight: Century, Monarch, and Golden Entertainment 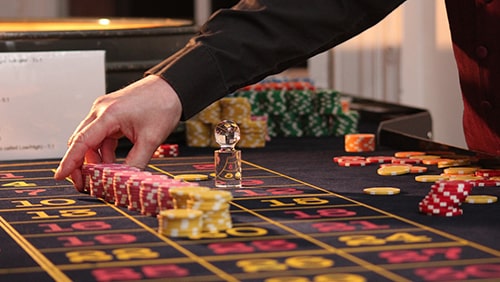 The eyes are on the giants, but the little guys are taking a beating, too. As the casino world has been turned inside out and upside down, the story for the smaller firms has turned from one of ambitious growth, to one of survival. Small casino chains like Century Casinos, Monarch, and Golden Entertainment have been caught flatfooted by this pandemic response and are now staring into an ominous hourglass. How long can they last with severe limitations on capacity and only temporary forbearance on their rent payments? It’s not a prospect that most investors want to even think about, but it will now be very difficult or perhaps even impossible for smaller casinos to borrow much more to stay afloat, given the stress that lenders are currently experiencing.

Century, Monarch, and Golden Entertainment all took the financial equivalent of a very deep breath when it became clear that the global economy was going under water in March. They drew down their loan facilities before any lines of credit got cut off. Except this time it wasn’t for the sake of growing the top line by acquiring assets expanding offerings. It was for staying afloat as long as possible under impossible business conditions. So it is now a game of who can hold their breath the longest until conditions return to something resembling normalcy.

Still, even if all restrictions on casinos are suddenly lifted tomorrow, nobody has any idea what happens next or how long it will take for the venues to be filled to capacity once again. It is true that along with the rest of the market, the smaller casino stocks have recovered strongly since bottoming, they can only hold their breaths for so long.

Century, Between a Rock and a Hard Place

Let’s start out with Century, which is now in the unlucky position of having just four years ago acquired a whole bunch of gambling real estate from Eldorado. That real estate was sold immediately to VICI Properties, a gaming REIT, that now collects rent through a triple net master lease agreement with Century for the next 11 years minimum.

Where Century is really caught though is that according to its master lease with VICI, annual rent is indexed to CPI inflation from here on out. As of this moment the CPI isn’t rising that fast as a whole, but food prices are, and so are used car prices, 10.3% annual as of the latest release from the Bureau of Labor and Statistics, the fastest rate of increase since 1969. A cool $3.2 trillion has been added to the money supply since March, much of it straight to consumers in the form of bailouts, with another $2 trillion or so on the way by the time we figure out who the next president is and Congress passes the next mass consumer bailout bill.

The arrangement with VICI sticks Century between a rock and a hard place. If and when everything goes back to normal, the parts of the CPI now falling will stop falling, and we’ll start to see much higher CPI prints, which will bring up Century’s debt service costs substantially, with no guarantee that business will resume as usual when the COVID-19 era finally ends. A quick snapshot of the hourglass Century is looking at: Interest expense last quarter alone, which includes the master lease expenses, was $27.5 million, and Century has $60 million in cash and receivables as of its last quarterly report. That’s not much of a runway before they’re going to need to either refinance or sell some assets.

In June, Monarch Casino and Resort was able to secure a waiver on its debt repayments of a few million, and is still in negotiations with its creditors for further relief. The company says it has enough cash to fund its operations for the next 12 months, but it also has a hard debt limit of 3.5x EBITDA. As of the latest financial reports, net debt is $135 million and EBITDA was $31 million. That leaves about a $7M runway for additional debt before they’re up against a wall. What then? Lenders are already under significant stress granting forbearance and other forms of relief. Will lenders agree to simply allow risky companies to go even deeper into debt that might never be repaid?

I recently noticed my credit card company is no longer offering any balance transfer deals, not even the default ones that have always been available. I polled my subscriber base recently to see if this is a broader phenomenon. Turns out, it is. Credit is contracting, which means debt must as well, likely across the board. Borrowing money is not going to be so easy from now on, whatever the interest rate may be.

Monarch has trading in a range for three years now, while conditions have changed drastically. The March lows only took the stock down to 2014 levels. If Monarch can deliver stellar results on its next earnings at the end of this month, then perhaps we could see a brief jump in its share price on optimism that a V-shaped recovery is possible, but even a minor miss could make current shareholders very nervous about the casino’s financing options going forward, given its debt ceiling.

The forced pandemic closures have kicked Golden Entertainment while it was down. Earnings have fallen every year since 2016 in any case, and so has the stock price. Leverage is already over 300% debt to equity, and with most of its assets in Nevada, it is heavily reliant on California for business, and Los Angeles and San Francisco especially, are emptying out.

The more spread out regional casinos an argument could be made that the chances of gradual recovery are higher, but with Golden focused on Las Vegas, the situation looks grim. Golden made the smart move of drawing down its credit facilities as a precautionary measure back in March and was able to secure some temporary relief from rent payments. But everything will have to be paid eventually, and Golden isn’t simply getting a pass. Even if there is a quick recovery and its casinos can fully reopen again tomorrow, profitability is much farther off, as missed payments will have to be made up for.

Golden has been struggling for years already, and it could take years still more to simply get back to its previous state of struggle. By then will there be a renaissance in its stock price? With the Federal Reserve manning the printing presses, anything is possible, but casinos are for gambling in. Not gambling on.

Gambling News
For anyone interested in Atlantic City, NJ gambling content I got a fun channel going!
3 hours ago
0 2
Recent Posts
New Casinos

Best bets from Aqueduct on Saturday
11 mins ago