The Mustangs try to stay unbeaten on the road against the Green Wave in Week 7. Photo by @American_FB (Twitter)

The SMU Mustangs hit the road for the third time this season when they face the Tulane Green Wave in Week 7. The American Athletic Conference contest is set for a 6:00 PM EST kickoff on ESPN from Yulman Stadium in New Orleans.

The Mustangs have climbed to No. 17 in the latest AP poll and are ranked in the top-20 for consecutive seasons for the first time since 1985-86.

Meanwhile, Tulane is at home for only the second time this season after opening the abbreviated 2020 schedule with three of its first four games away from the Big Easy. The Green Wave are 6.5-point home underdogs..

Dykes’ Ponies enter this week coming off a bye following a thrilling 30-27 win over then-No. 25 Memphis in Dallas during Week 5. SMU got a game-winning 43-yard field goal in the closing seconds that was set up by the defense off a forced Tigers’ turnover. But it was a Pyrrhic Victory. The Mustangs lost a pair of key offensive weapons for the season: senior wide receiver Reggie Roberson and sophomore running back TJ McDaniel.

The Green Wave made a game of it during a 49-31 Week 6 loss to Houston in the first half, leading 24-21 after the first two quarters. Tulane’s opportunistic defense scored two touchdowns and helped freshman quarterback Michael Pratt in his first career start. But the Cougars pulled away late thanks to big plays on offense and special teams.

The Mustangs may be rolling, record-wise. But the double-whammy of losing Roberson and McDaniel is going to sting. McDaniel went down with an ugly lower leg injury on the first play of the game against Memphis. And all Roberson did before leaving with a knee injury late in the third quarter was grab five catches for 243 yards.

Yes, the senior wideout had nearly 250 yards receiving in less than three quarters of play! There’s no doubt fifth-year senior Shane Buechele is going to miss his favorite target. Sure, the Texas transfer has flourished in Dykes’ Air Raid offense in 2020 — just look at the numbers.

Shane Buechele this season when kept clean from pressure

That being said, Roberson will definitely be missed by Buechele and the Mustangs in the Crescent City. Just how much remains to be seen.

While SMU will be without some key offensive players, the team also needs to avoid looking ahead to a showdown with No. 8 Cincinnati next week at home.

The Bearcats are on the road against Tulsa this week after a Week 6 bye of their own. But next week’s game should go a long way in deciding the AAC’s winner … if both teams take care of business this week.

Dykes isn’t taking anything for granted, noting this week, “Any time you start to have a little bit of success, people are going to get up for your game.” The veteran head coach said the Mustangs take nothing for granted this week.

All they need to do to stay focused is watch their hype tape for Friday’s tilt against the Green Wave.

Tulane’s passing attack may still be a work in progress — but its rushing attack should be able to move the ball against SMU.  The Mustangs allow 164.3 rushing yards per game, ranking 51st in FBS, while Tulane is ninth in the nation in rushing at 241.3.

A solid combo of sophomore Cameron Carroll, who has rushed for 285 yards and seven touchdowns, and senior Stephen Huderson who is averaging 7.1 yards on his 25 rushes, gives the Green Wave an opportunity to play ball control against Buechele and chew clock.

While I still think SMU has enough talent on its roster to win this game, I don’t expect a pretty — or big — win. This one has all the makings of a close, relatively low-scoring affair. 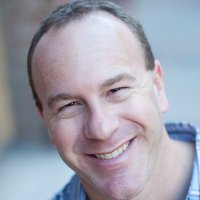 Blair Johnson is a veteran journalist and seasoned sports content creator. He has been writing and producing content as long as he can remember, with such familiar names as CNN, NFL Media and Yahoo. Blair currently lives and works in the greater Los Angeles area.

Blair Johnson is a veteran journalist and seasoned sports content creator. He has been writing and producing content as long as he can remember, with such familiar names as CNN, NFL Media and Yahoo. Blair currently lives and works in the greater Los Angeles area.