Some big chances at Leopardstown and Galway on Friday 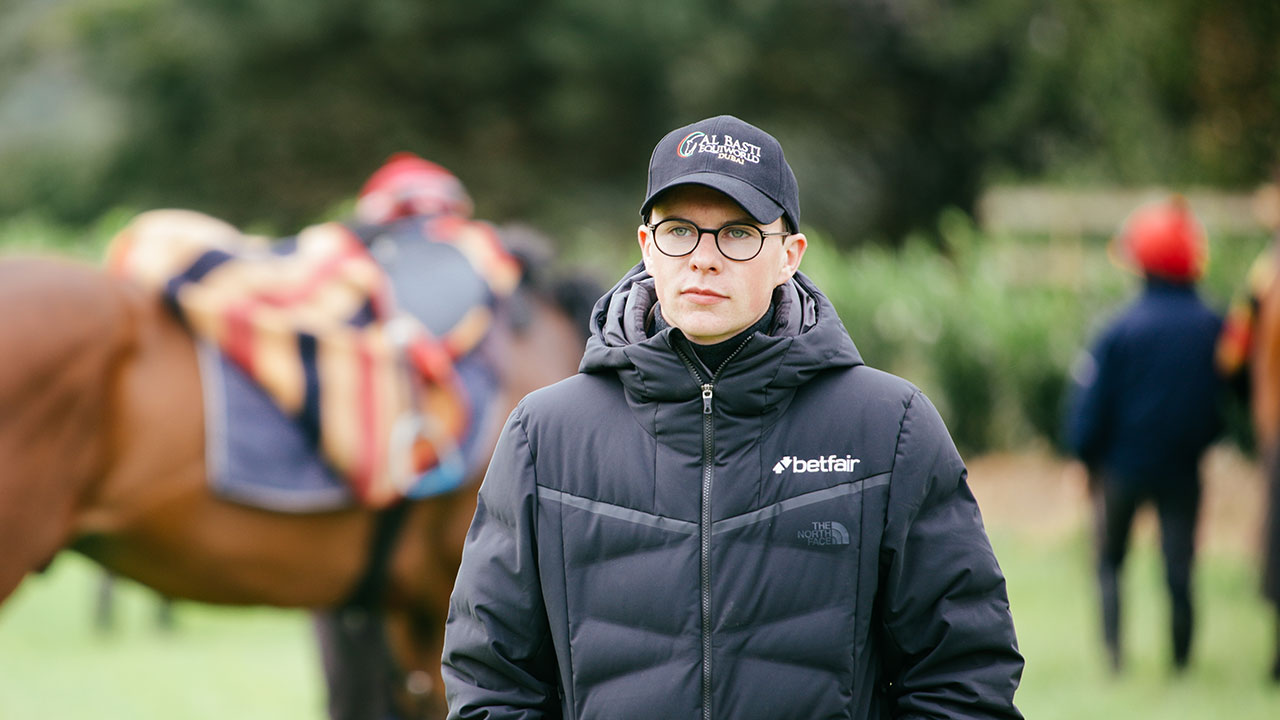 Hoping for some good promise for the future

Federal is colt that has shown ability at home and we are looking forward to getting started. We won’t be burdening him with big expectations on his debut, but are hopeful he’ll show good promise for the future.

Plenty of smiles if Funny has things go her way

Funny Little Ways hasn’t had things go her way since she won at Dundalk earlier this year. Various things have gone against her, with her most recently getting badly checked when looking to challenge at Naas last time. We think stepping up to a mile will suit her and while she is drawn wide enough, I’d be hopeful she can overcome that to run a big race.

Zofar Zogood has been a little bit disappointing in her two starts this year. We are dropping her back in trip in the hope that will be a help to her, but it is hard to be overly confident in her prospects based on her latest run.

She should improve for this debut run

Menagerie is a well-bred filly that has shown ability at home. As always, we’ll be expecting her to improve on whatever she shows on her debut. Hopefully she’ll show plenty of promise for the future.

Galileo Chrome is a horse we like a lot. We were delighted with his win in a maiden at the Curragh in June and were intending on running him in the Irish Derby, but he picked up a stone bruise and couldn’t run. This represents a more gradual step up in class for him and looks a good opportunity for him. He looks to be the one to beat and will hopefully take a good step in the right direction.

Choice Of Mine got back on track with a good run in the Ballysax Stakes at Dundalk last time. That form entitles him to run well in this company.

Scotsman bidding to win three in a week

Flying Scotsman has had a busy week after winning at Galway on Monday and Tuesday. He is only 1lb well in under his double penalty, but this course and distance should suit him and as long as everyone is happy with him between now and then, he will take his chance. He’s a horse we’ll be looking forward to running in valuable handicaps later this season.

Numberoneson is still a maiden, but he has the ability to win a couple. This course and distance should suit him and I would expect him to improve from his seasonal reappearance.

Eaglemont showed good improvement from his debut to finish third in a maiden at Cork last time. He had to work fairly hard to get prominent from a wide draw that day and possibly paid the price for that late on. He has a much better draw here and that should be a help to him. He should run well.

Risk Factor is a horse we’ve always liked and we were disappointed when he was narrowly beaten in a bumper at this meeting last year. He went on to show good improvement after that, winning at Leopardstown’s Christmas meeting and finishing second in a Grade 2 contest at the Dublin Racing Festival. That form makes him a smart prospect over hurdles and with his schooling having gone well, we are hoping that he can make a bold bid on his hurdling debut.

We changed tactics on Filon D’Oudairies last time and he produced an improved effort to make all to win a maiden hurdle at Limerick. He settled and jumped well that day and I’d imagine we’ll try to be forward with him again. This is a tougher contest, but hopefully he’ll be up to it.

Should be tough to beat with a bit of luck

Star Max has been running well without winning over fences for much of the last year. This looks one of the weaker races he has contested over fences and should come on from his recent return to action at Kilbeggan earlier this month. With a bit of luck, he should be tough to beat.

Helloween from Play’n GO
9 mins ago