Flic Ou Voyou rattled up a hat-trick in novice hurdles late last autumn, likes decent ground, and has since run well in handicap company without adding to his score. He is probably on a high enough mark but this final has been his spring target since qualifying at Kempton and he will be staying on strongly at the finish.

Celestial Force is a top of the ground horse rated 84 on the flat and did well in the autumn before having a winter break. We then gave him a wind op and it was a bit of a rush to qualify him for this final in a race at Newton Abbot early this month. He ran better than I expected that day behind Hell Red, is tighter and sharper now and must have a great chance.

Working with enthusiasm and this is more his trip

He ran a cracker out in front in the Gold Cup at Cheltenham before weakening late on. This is a more suitable trip for Frodon and it’s a bonus that Bryony Frost is fit to ride him after time off following a nasty fall in the Grand National. Although he did have a hard race at Cheltenham he has had 36 days to get over it and that was his only race since winning the King George V1 at Christmas. He continues to work with all his usual enthusiasm.

Dolos looks an amazingly generous price at around 40/1 given that he is brilliant when fresh, is fine on fast ground and seems to run his best races at Sandown. He loves the place, is so reliable and it wouldn’t surprise me one bit to see him serve it up to some of the leading players.

Dolos is the first of four rides on the card for us for Harry Skelton who will deservedly be crowned champion jockey before racing. I am thrilled for Harry who joined us as a kid, is a lovely lad and won some nice races for us before losing his claim at an early stage of his career. He found things tough after that and has done incredibly well since forging a great partnership with his brother Dan. I’m proud of both of them.

I thought Greaneteen ran a great race in the Champion Chase at Cheltenham where he was just two lengths behind the winner Put The Kettle On. Greaneteen will be stepping up in trip at some stage next season and will relish the uphill climb at Sandown.

Hopefully more to come from him

He was always going to be a useful chaser, has progressed nicely this season and showed a determined attitude when winning a handicap at Newbury two months. Enrilo is in top shape, looks reasonably handicapped and I’m glad we side-stepped opportunities for him at Aintree and Ayr to wait for this race. He looks a stayer, was bred to be a stayer, travels well in his races and I’d like to think there is more to come from him on only his fifth start over fences.

Been crying out for this step up in trip

I’ve saved him for this race since he finished a close second to his stable companion Rockadenn at Taunton two months ago on his first start since a wind op. That was a highly encouraging run by a horse I rate highly. I’ve felt for a while that he is crying out for the step up in trip he gets here. 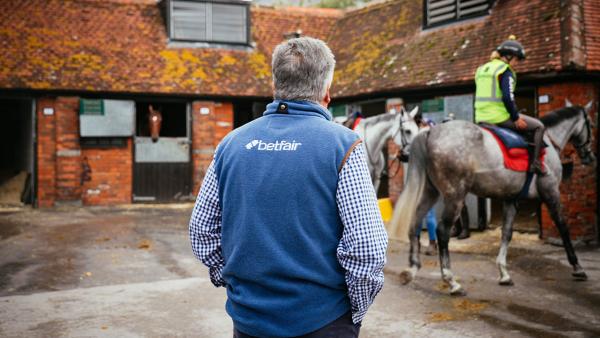 A race I’d love to win

He is a summer horse who did well earlier in the season but has found life much tougher recently as he is on a high enough mark. He has a bit to prove now in first time cheek pieces in a race I’d love to win as it is named after my late boss Josh Gifford.

Scaramange is a useful dual purpose handicapper, appreciates good ground and is now 5lbs higher after a narrow success at Newbury late in March. That was his first start for five months, he remains in form at home and is fresh after a light campaign.

Solo is a decent prospect who will be an exciting chaser next season and he has been been dropped 2lbs since his good run into fourth place in the Morebattle Hurdle at Kelso. That is smart form with the winner hacking up next time at the Cheltenham Festival. Solo was doing all his best work at the finish at Kelso and will relish stepping back up in trip at Sandown. I expect him to run well and am hoping that a tongue strap can help him find some improvement.

No Casino in Petaluma, Calif. till 2032 Under Deal with Dry Creek Pomo
53 mins ago