Some early Passion for Tony Calvin before a 12/1 tip

Regular readers will know I am not one for betting and tipping at the front end of the market – when I started this column many moons ago it was pretty much agreed finding double figure-priced winners was its raison d’etre, even with the inevitable losing runs that will result from that MO – but I do lapse into the bleedin’ obvious occasionally.

And on the rare occasions when they dovetail with a generous price, then you can count me in.

I’ve got a lot of love for Passion

I imagine plenty will be looking to get against her because the 1m2f56yd trip is clearly short of her best, and I admit that could well be her undoing.

Chamade and Freyja should make this an honest pace though and, if they don’t, Ryan Moore has the option of forcing it on a filly who pretty much made all at Naas last summer, albeit over 1m6f.

She has two placings in 1m4f Group 1s to her name, in the Irish Oaks and the fillies and mares’ at Ascot at the end of last season, and hopefully York gets more rain from Wednesday night into Thursday (it is currently good to soft) to place the emphasis more on stamina.

Hopefully, we will see an aggressive ride on her on a track which should play to her galloping strengths – this is key, and surely connections know that – and, if so, she could easily dominate this field late on.

Fingers crossed, this isn’t a tee-up for a crack at a 1m4f/1m6f Group 1 pot down the line.

She has 4lb in hand on official figures and I am more than happy to take my chances at 5/2. She should be favourite, even if the current market leader Queen Power, winless since May 2019, does come here off the back of an excellent return effort over 1m1f and is a much pacier sort.

If we get no more rain, she could even hit 3/1 and bigger.

D’Orsay has plenty going for him

These sprint handicaps get no easier as the week develops, and Thursday’s 5f offering at 13:40 is another proper headscratcher.

I counted five probable forward-goers (there are possibly a few more) and they are all drawn eight and upwards, so I think you are looking for a horse drawn middle to high, and possibly one that likes to come off the pace, too.

Count D’Orsay (in 14) is certainly one who fits that bill after an excellent second off this mark at Chester last week – a race in which the 2019 winner of this contest and stablemate, Copper Knight, finished just behind in third – and he has plenty more going for him besides.

He has excellent course form, having finished second of 22 to an in-form and heavily punted Moss Gill here in 2019, and can handle any ground.

He would probably prefer more rain to bring the pace-setters back to him, as he has excellent recent soft ground form to his name last autumn – he beat Came From The Dark at Haydock and then only failed by a head at Catterick off this mark – but a drying good to soft would be fine, and he does look set to go very well whatever the weather does.

But I was touch deflated to see the Betfair Sportsbook put him in at just 6/1 (which was the general industry price, to be fair) in such a competitive 18-runner field on Tuesday morning – and the bigger win-only price on the exchange is no great shakes – so going with the bleedin’ obvious doesn’t always lead to a bet, clearly.

The 15-runner 1m handicap at 14:40 is no cake-walk either, but I was expecting Kynren to be very prominent in the market after an excellent run at Chester last week that surely nobody missed.

One set of odd-compilers did on Tuesday as they stuck him in at 16/1, which looked (and was) simply too big, along with those who went up at 14s.

It is quite obvious that you can make a case for bundles in here, and his draw in 12 could have been better, but he looks primed to strike again soon and is worth a small bet at 13.012/1 or bigger.

I would have made him a 10s chance, tops.

He was one of the most extraordinary and unexpected punts of 2019 when winning a 17-runner 7f Ascot handicap on soft ground – at 11/4, and off a 2lb higher mark than this, too – but he has not troubled the judge in nine starts since.

However, he has steadily slipped down the weights as a result and, drawn widest in 12, there was obvious promise in his third at Chester last week.

Good ground is fine but that stand-out Ascot win came on soft, so any rain is welcome, and he doesn’t lack for course form, either.

In fact, two of his better efforts have come over course and distance (one off a 2lb higher mark than this when third to What’s The Story) and he is worth a tickle in a tough race.

Tempted by Bryn in the Dante but no bet

The Dante at 15:10 is exactly the kind of race I tend to steer away from.

It is full of potential and unexposed, race-fit, Classic hopefuls, while the two form horses (High Definition and Gear Up) are having their first start of the campaign.

In short, a bit of a minefield.

But I must admit I did seriously consider tipping Uncle Bryn at a double-figure price.

He came into this campaign carrying a lofty reputation for a 92-rated horse with just two all-weather wins to his name and no grass experience, and he went off 11/10 favourite for the Blue Riband Trial at Epsom.

He could finish only third there, and so far the form has worked out poorly, with the winner, Wirko, stuffed at Chester and the runner-up, the filly Technique, repeating the feat at Lingfield on Saturday. 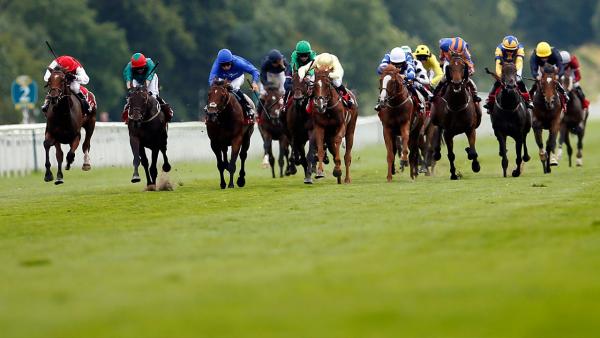 But they clearly think a lot of this colt (his homework is reportedly very impressive) and maybe his roving eye proved his undoing at Epsom, as apparently he over-extended himself, shall we say, in the preliminaries – that Technique must be a looker – and it isn’t as if he didn’t come forward from his all-weather wins there, form-wise.

John Gosden occasionally runs a very good one in that Epsom trial – he won the race four times in succession from 2015, with the mighty Cracksman only edging home by a short-head in 2017 – and maybe the layers are dismissing him, and over-reacting, a touch too early at 12/1+ on the exchange.

I was very tempted, but no dice. Looking back at the Epsom video, it was disappointing he couldn’t get the job done there (traded at 1.51/2) and he will have to knuckle down even harder here.

No bets in Listed event and Salisbury handicap

Acklam Express and Winter Power set the form standard in the 5f Listed race a 15:40 with the latter boasting some decent speed figures, but a few in here have pretensions of coming up to their level.

As the betting suggests, chief among them is Dexter Belle, who looked a fair tool when winning in a good time at Pontefract.

Now, she undeniably got the run of the race there when getting on the rail and making all, but the 5 ½-length second is now rated 87 after dotting up at Southwell and in a Thirsk handicap on his next two starts and the third ran well in defeat next time, too.

But she is no more than fairly priced stepping up in class from novice company against Group 3 and Listed winners (and unpenalised ones at that), so it is easy to sit this out.

We also have a seven-runner handicap at Salisbury at 14:25 on ITV.

It looks a very trappy race but two that interested me most at the bigger prices were the bottom pair, Lightening Shore and Saligo Bay.

The former was possibly unlucky to be touched off at Lingfield last time and I wonder whether they will revert to front-running tactics here (he made all at Kempton last season), while Saligo Bay shaped well enough when fifth in a decent race over 1m at Newbury on his return.

He is not certain to get 1m2f on pedigree, but there is plenty of hope in his pedigree (he is out of a Champs Elysees mare) and he changed hands for a punchy 300,000gns as a yearling. Off a mark of just 77 on his handicap bow, someone will be hoping he can repay them £8,100 by winning this.

The race won’t be carrying any of my money, though