Low expectations to start the day

Camdeboo is a well-bred and good-looking filly. She has shown ability at home, but we won’t be burdening her with big expectations on her debut. As long as she has a positive experience and shows promise for the future, we’ll be happy.

Sincerest has been well held in her two starts to date and would need to improve an awful lot to get involved in a race like this.

Some solid chances among my five entries

Vafortino has had a very good season so far, winning twice and being Listed-placed. He has top weight to carry here, but his form entitles him to a solid chance. This is a great pot and hopefully he’ll be able to earn some of it.

Snapraeterea is another that has had a really good season, winning twice and finishing third in the Beresford Stakes last time. This trip and ground should suit him and that form looks to give him a very good chance at these weights. 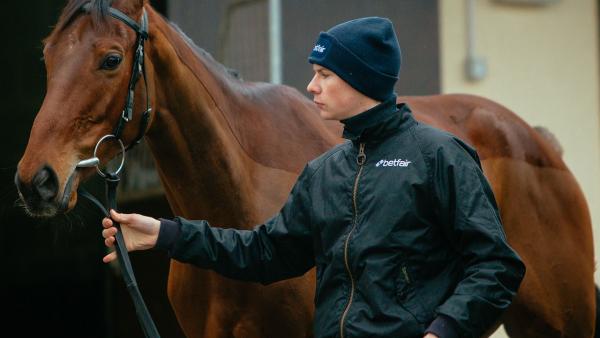 Prairie Dancer disappointed us at Dundalk last time, but I wouldn’t judge him too harshly on that and getting back on turf should be a help to him. His previous run at Fairyhouse reads well and this trip should suit him too. He is received weight from plenty of these, so hopefully he’ll run well.

Dense Star has had a busy season, but has earned a crack at this pot. The longer trip is the unknown for her, but it is worth a try and it will be interesting to see how she fares. If she produces her very best, she has a chance.

Kauri Cliffs is the first reserve. He ran his best race yet in a maiden at Cork last time and his proven stamina will serve him well if he gets a run in this.

A New Dawn has been running with credit in stakes races throughout her career, but hasn’t quite managed to win one yet. This looks just an average Listed race and she has a very good draw over a trip that suits, so hopefully things will go well for her. She would be a very deserving winner of a stakes race and it would be a great result if she could do it.

Hopeful that all three can run well

Mighty Blue has had a very good season already and we were delighted to get her black type in Group 3 company last time. She is one that needs to be covered up to get her to relax and she is well drawn with that in mind. Coming back down in trip shouldn’t be a problem and I’d be hopeful that she can run really well.

Snapraeceps has long been running well in stakes races without getting her head in front. When things go right for her, she is capable of going close at this level, so hopefully they drop right for her in this.

Sagrada Familia is a filly we’ve always liked and I still don’t think we’ve seen the best of her. Stepping up to this longer trip will suit her and it wouldn’t surprise if she outran what is likely to be a big price.

Dance Jupiter hasn’t had much luck for us yet, meeting with trouble in running in all three of his starts this season. He looks ready for this longer trip and I’d still be hopeful that he is a well-handicapped horse, but he needs to start showing that on the track.

Memyselfandmoi has been a bit of a project for us this season, so it was brilliant to win a nice pot with her at Navan last time. A more forward ride has seemed to help her and we think she is ready for this longer trip. The handicapper wasn’t hard on her after Navan, so hopefully she’ll be capable of running another big race. 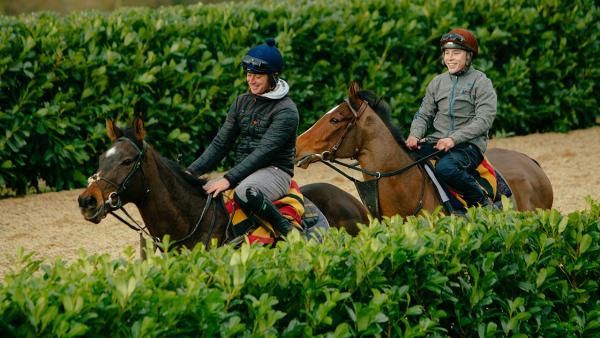 She should go well returned to the Flat

Scholastic has been running well in juvenile hurdles since last seen on the Flat. We didn’t think she had necessarily reached her ceiling on the level, so we are returning her to the Flat here to try and win another one with her. This course and distance should suit and I could see her running well.

Us And Them has been a shade disappointing since his very good novice chase campaign, but he has run a couple of great races in that time, most notably when third in the Grand Annual at the Cheltenham Festival last March. Returning to this shorter trip in this less competitive race should help him and hopefully he’ll run a big race.